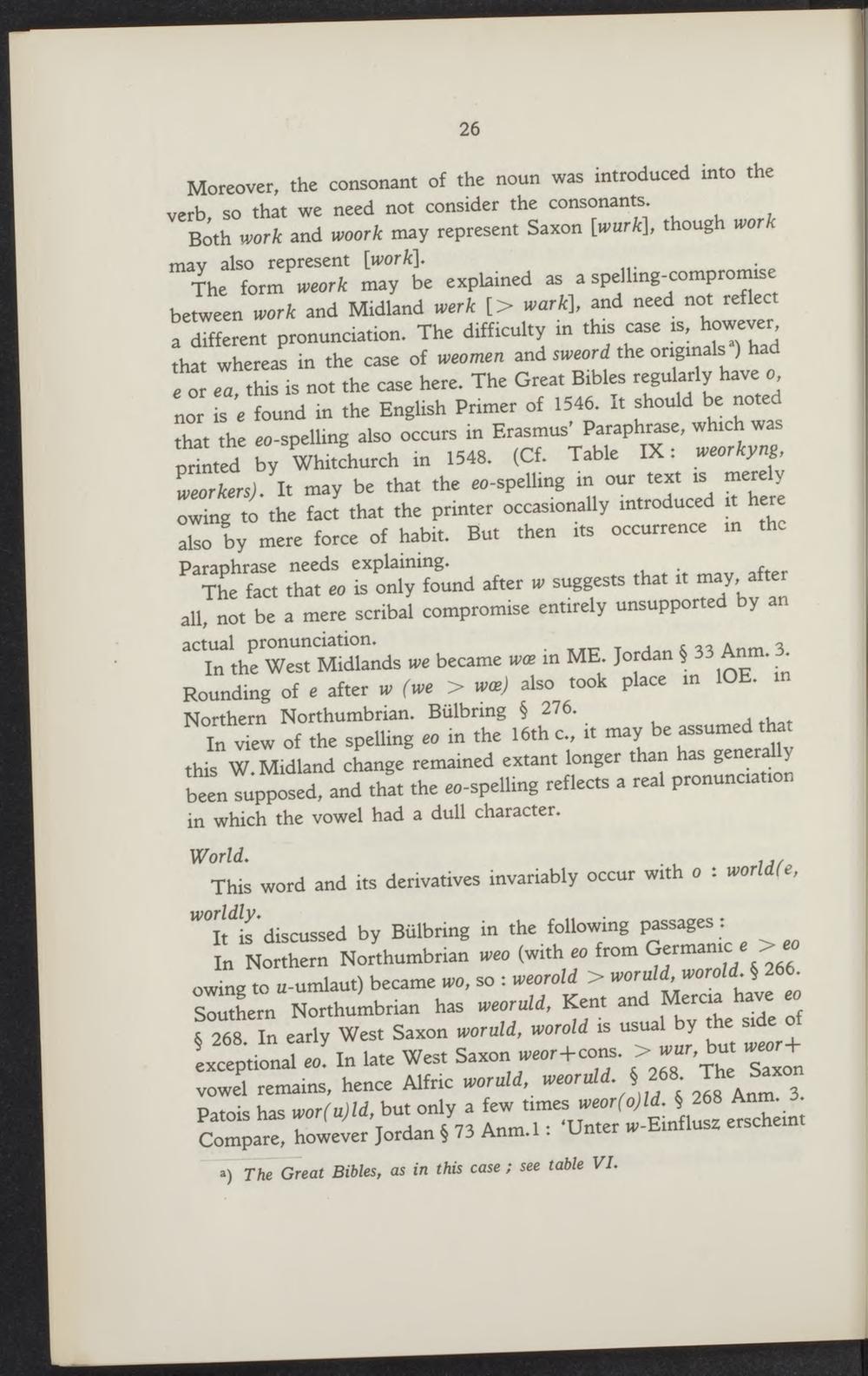 Moreover, the consonant of the noun was introduced into the verb, so that we need not consider the consonants.

The ferm oor* may be explained as a spdlmg-compronuse between work and Midland werk [> wark], and need not reflect aSLnt pronunciation. The difficulty in this case is, however that wherea! in the case of weomen and sweord the originals ) had e o ea, this is not the case here. The Great Bibles regularly have o nor s * found in the English Primer of 1546. It should be noted Zt ** -peiling also occurs in E™™' ^™> printed by Whitchurch in 1548. (Cf. Table IX. weorkyng, Sta»;. It may be that the eo-spelling in our text is merely Zng to the facithat the printer occasionaUy mtroduced it here ako by mere force of habit. But then its occurrence in the Paraphrase needs explaining.

The fact that eo is only found after w suggests that « may, atter all not be a mere scribal compromise entirely unsupported by an

In view of the spelling eo in the 16th c, * may be assumed dut thiTw.Midland change remained extant longer than has generatty ÏÏL «pposed, and that the eo-spelling reflects a real pronunciation in which the vowel had a dull character.

This word and its derivatives invariably occur with o : worldfe,

" ftlf discussed by Bülbring in the following passages: