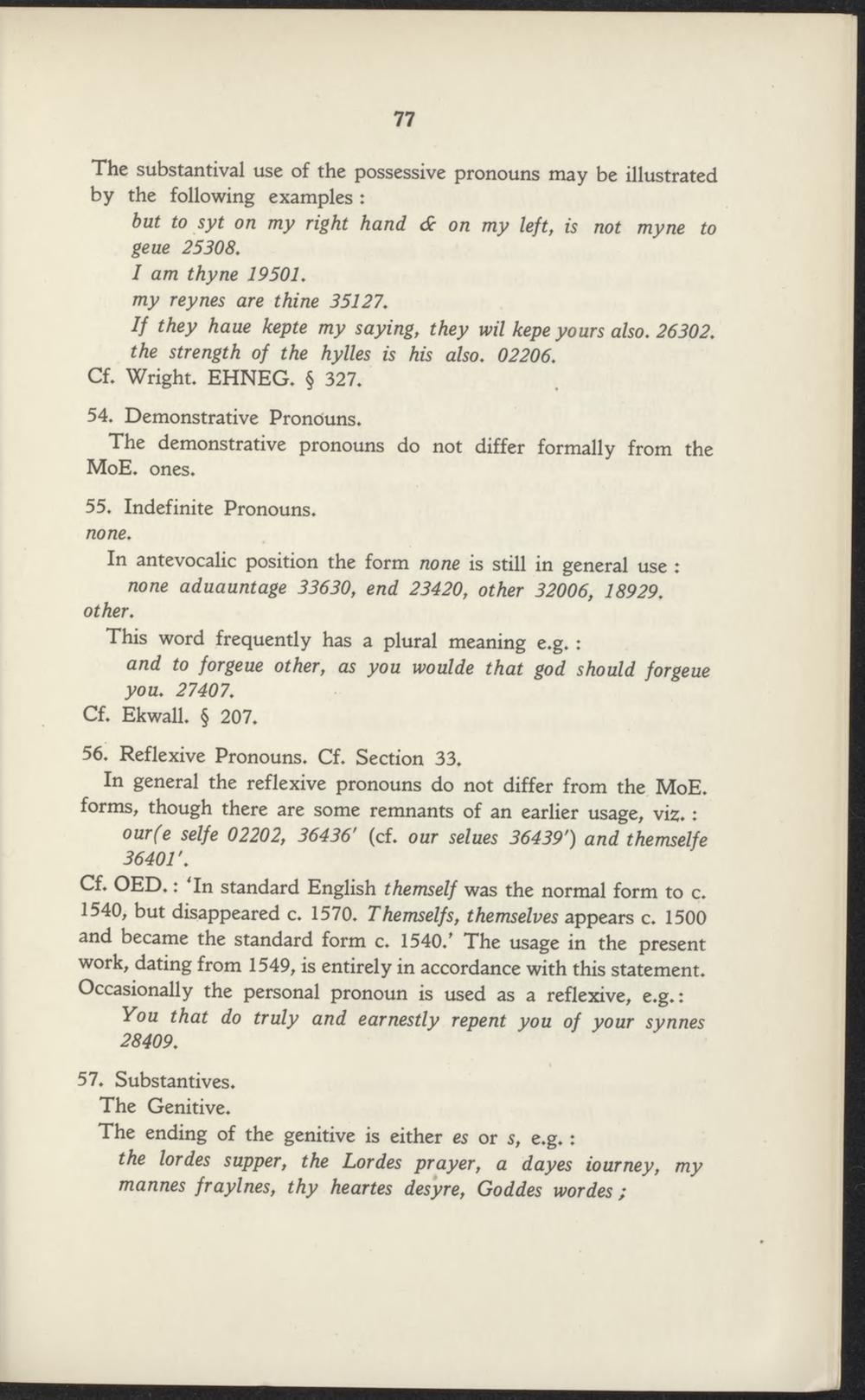 The substantival use of the possessive pronouns may be illustrated by thé following examples:

but to syt on my right hand óc on my left, is not myne to

The demonstrative pronouns do not differ formally from the MoE. ones.

Cf. OED.: Tn Standard English themself was the normal form to c. 1540, but disappeared c. 1570. Themselfs, themselves appears c. 1500 and became the Standard form c. 1540.' The usage in the present work, dating from 1549, is entirely in accordance with this statement. Occasionally the personal pronoun is used as a reflexive, e.g.:

You that do truly and earnestly repent you of your synnes

The ending of the genitive is either es or s, e.g.: the lordes supper, the hordes prayer, a dayes iourney, my mannes fraylnes, thy heartes desyre, Goddes wordes ;