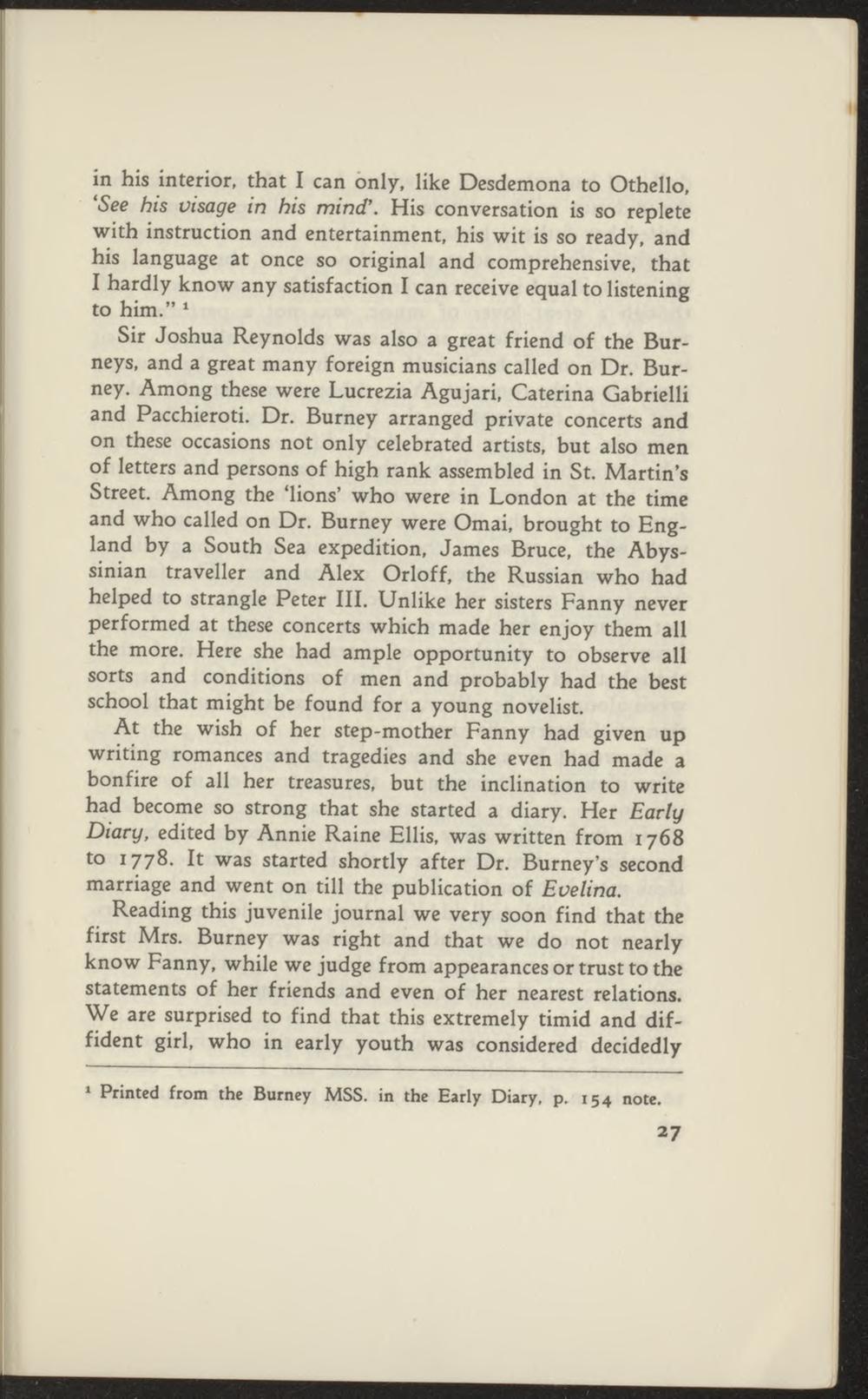 in his interior, that I can only, like Desdemona to Othello, 'See his visage in his mind'. His conversation is so replete with instruction and entertainment, his wit is so ready, and his language at once so original and comprehensive, that I hardly know any satisfaction I can receive equal to listening to him." 1

Sir Joshua Reynolds was also a great friend of the Burneys, and a great many foreign musicians called on Dr. Burney. Among these were Lucrezia Agujari, Caterina Gabrielli and Pacchieroti. Dr. Burney arranged private concerts and on these occasions not only celebrated artists, but also men of letters and persons of high rank assembled in St. Martin's Street. Among the 'lions' who were in London at the time and who called on Dr. Burney were Omai, brought to England by a South Sea expedition, James Bruce, the Abyssinian traveller and Alex Orloff, the Russian who had helped to strangle Peter III. Unlike her sisters Fanny never performed at these concerts which made her enjoy them all the more. Here she had ample opportunity to observe all sorts and conditions of men and probably had the best school that might be found for a young novelist

At the wish of her step-mother Fanny had given up writing romances and tragedies and she even had made a bonfire of all her treasures, but the inclination to write had become so strong that she started a diary. Her Earty Diary, edited by Annie Raine Ellis, was written from 1768 to 1778. It was started shortly after Dr. Burney's second marriage and went on till the publication of Evelina.

Reading this juvenile journal we very soon find that the first Mrs. Burney was right and that we do not nearly know Fanny, while we judge from appearances or trust to the statements of her friends and even of her nearest relations. We are surprised to find that this extremely timid and diffident girl, who in early youth was considered decidedly