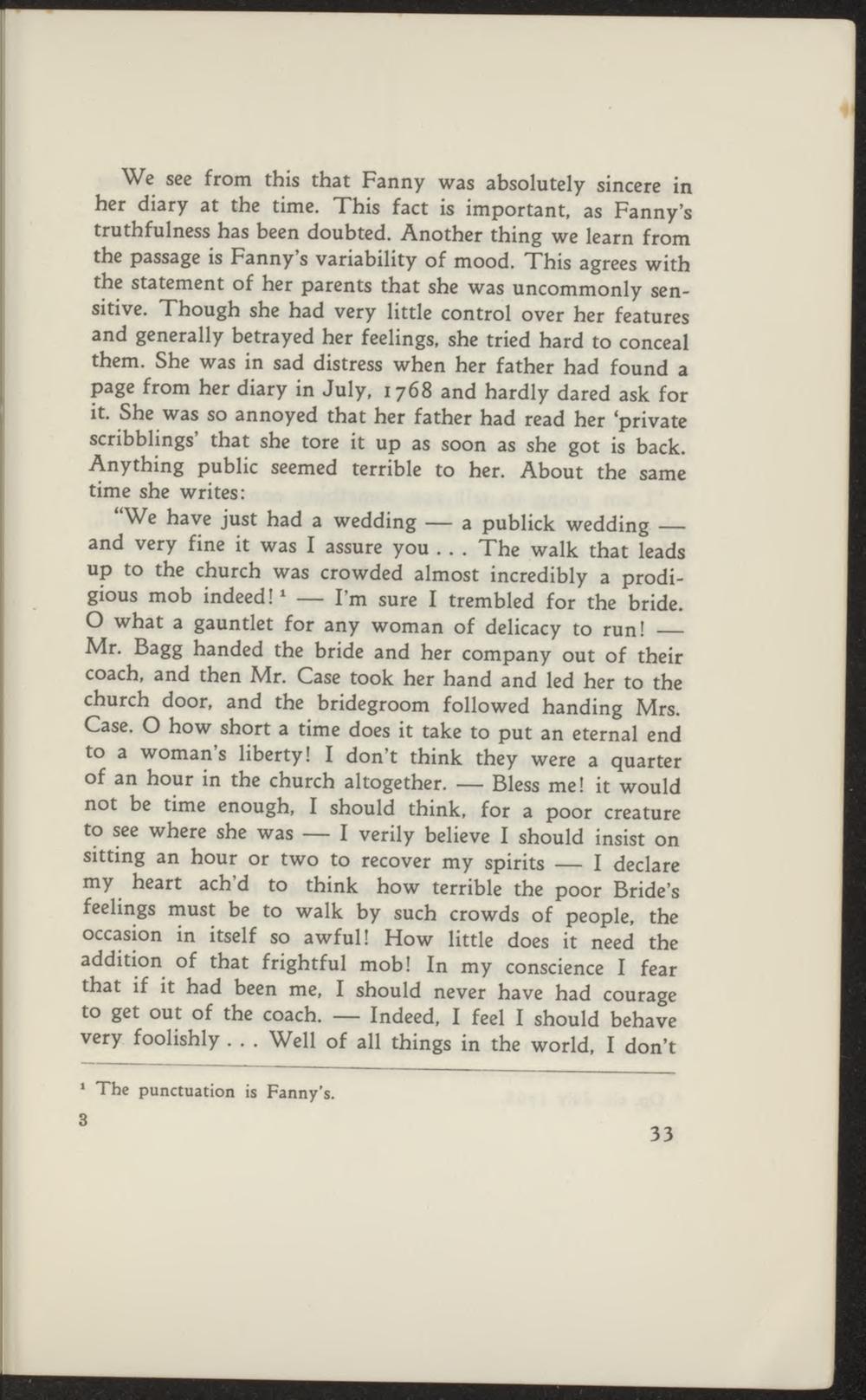 Wc sec from this that Fanny was absolutely sincere in her diary at the time. This fact is important, as Fanny's truthfulness has been doubted. Another thing we learn from the passage is Fanny's variability of mood. This agrees with the statement of her parente that she was uncommonly sensitive. Though she had very little control over her features and generally betrayed her feelings, she tried hard to conceal them. She was in sad distress when her father had found a page from her diary in July, 1768 and hardly dared ask for it She was so annoyed that her father had read her 'private scribblings' that she tore it up as soon as she got is back. Anything public seemed terrible to her. About the same time she writes:

"We have just had a wedding — a publick wedding — and very fine it was I assure you... The walk that leads UP to the church was crowded almost incredibly a prodigious mob indeed!1 — I'm sure I trembkd for the bride.

O what a gauntlet for any woman of delicacy to run!

Mr. Bagg handed the bride and her company out of their coach, and then Mr. Case took her hand and led her to the church door, and the bridegroom followed handing Mr* Case. O how short a time does it take to put an eternal end to a woman's liberty! I don't think they were a quarter of an hour in the church altogether. — Bless me! it would not be time enough, I should think, for a poor creature to see where she was — I verily believe I should insist on sitting an hour or two to recover my spirits — I declare my heart ach'd to think how terrible the poor Bride's feelings must be to walk by such crowds of people, the occasion in itself so awful! How little does it need the addition of that frightful mob! In my conscience I fear that if it had been me, I should never have had courage to get out of the coach. — Indeed, I feel I should behave very foolishly... Well of all things in the world, I don't

1 The punctuation it Fanny's. 8