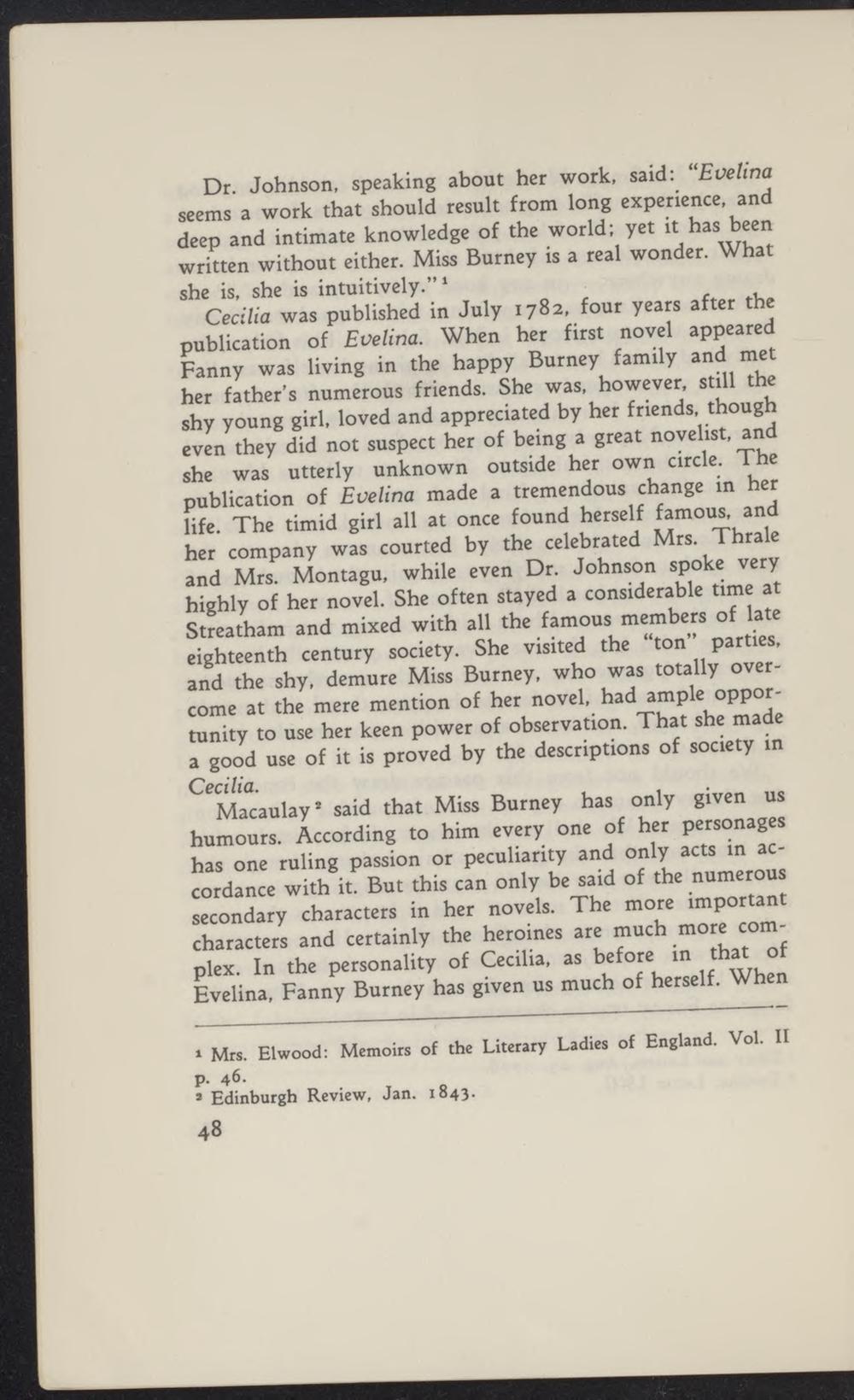 Dr. Johnson, speaking about her work. said: Evelina seems a work that should result from long expenence and deep and intimate knowledge of the world; vet il.hasi been written without either. Miss Burney is a real wonder. What she is, she is intuitively."1

Cecilia was published in July 1782, four years after the publication of Evelina. When her first novel appeared Fanny was living in the happy Burney family and met her father's numerous friends. She was, however, still the shy young girl, loved and appreciated by her friends. though even they did not suspect her of being a great noyelist. and she was utterly unknown outside her own circle. The publication of Evelina made a tremendous change in her life. The timid girl all at once found herself famous. and her company was courted by the celebrated Mrs. Thrale and Mrs Montagu. while even Dr. Johnson spoke very highly of her novel. She often stayed a considerable time at Streatham and mixed with all the famous members of late eighteenth century society. She visited the ton parties. and the shy, demure Miss Burney. who was totally overcome at the mere mention of her novel had ample opportunity to use her keen power of observation. That she made a good use of it is proved by the descriptions of society in

^Mataulay' said that Miss Burney has only given us humours. According to him every one of her personages has one ruling passion or peculianty and only acts in acSrdan« w th^But thi, can only be said of the numerous secondary characters in her novels. The more imporUnt characters and certainly the heroines are^™* ™«"m'f plex. In the personality of Cecilia, as Evelina, Fanny Burney has given us much of herself. When