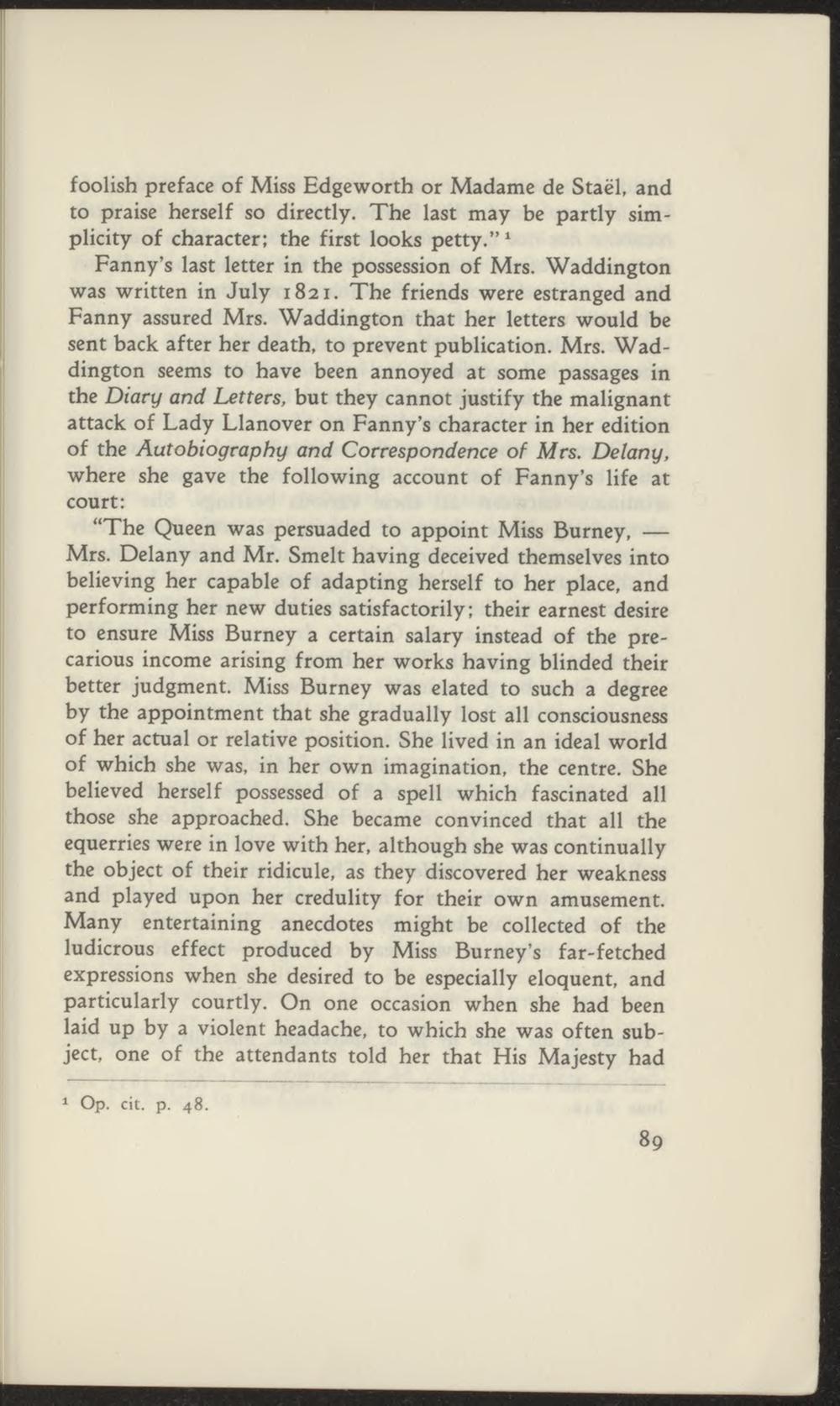 foolish preface of Miss Edgewortb or Madame de Staël, and to praise herself so directly. The last may be partly simplicity of character; the first looks petty."1

Fanny's last letter in the possession of Mrs. Waddington was written in July 1821. The friends were estranged and Fanny assured Mrs. Waddington that her letters would be sent back after her death, to prevent publication. Mrs. Waddington seems to have been annoyed at some passages in the Diary and Letters, but they cannot justify the malignant attack of Lady Llanover on Fanny's character in her edition of the Autobiography and Correspondence of Mrs. Delany, where she gave the following account of Fanny's life at court:

"The Queen was persuaded to appoint Miss Burney, — Mrs. Delany and Mr. Smelt having deceived themselves into believing her capable of adapting herself to her place, and performing her new duties satisfactorily; their earnest desire to ensure Miss Burney a certain salary instead of the precarious income arising from her works having blinded their better judgment. Miss Burney was elated to such a degree by the appointment that she gradually lost all consciousness of her actual or relative position. She lived in an ideal world of which she was, in her own imagination, the centre. She believed herself possessed of a spell which fascinated all those she approached. She became convinced that all the equerries were in love with her, al though she was continuaUy the object of their ridicule, as they discovered her weakness and played upon her credulity for their own amusement. Many entertaining anecdotes might be collected of the ludicrous effect produced by Miss Burney's far-fetched expressions when she desired to be especially eloquent, and particularly courtly. On one occasion when she had been laid up by a violent headache, to which she was often subject, one of the attendants told her that His Majesty had