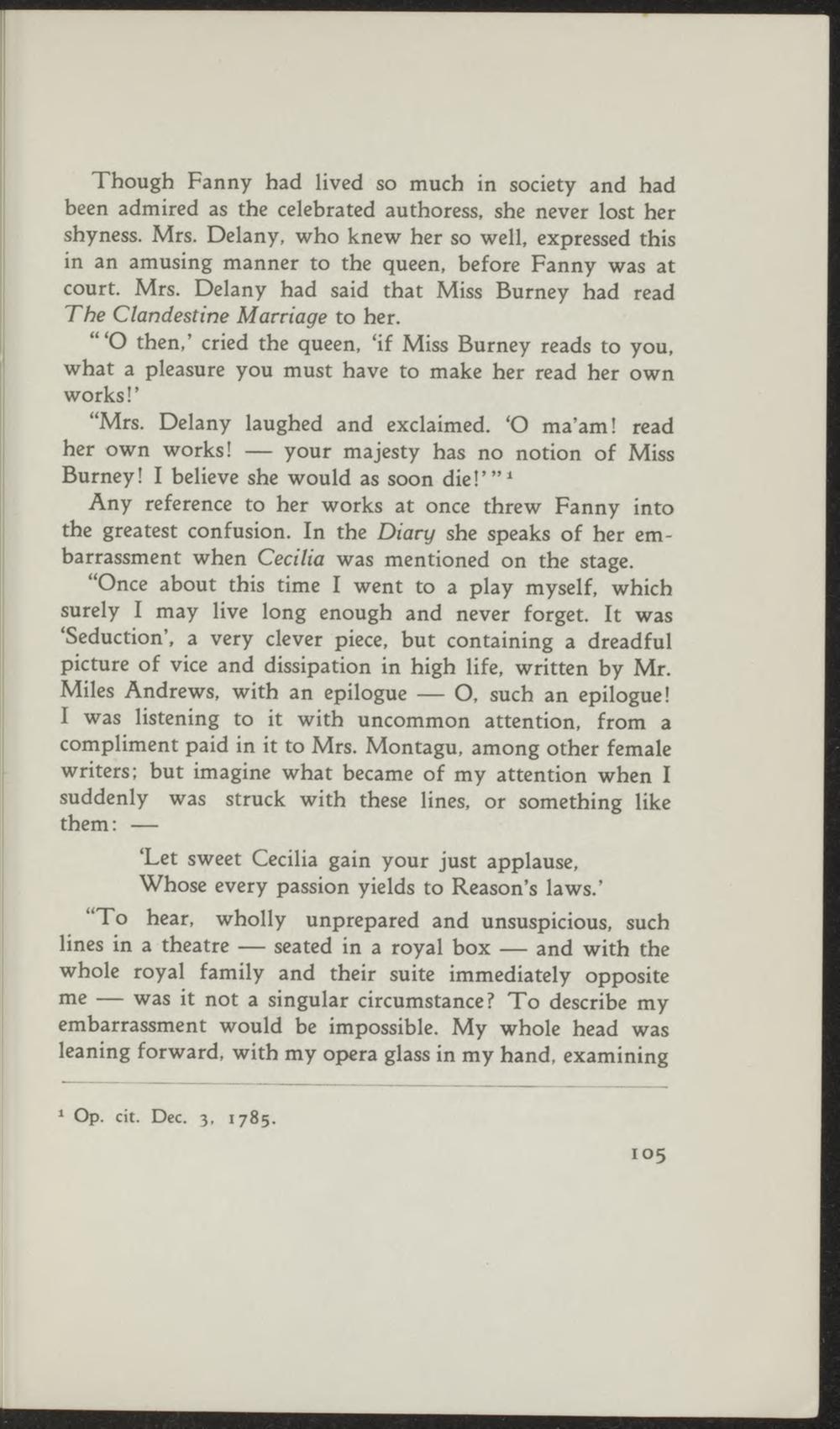 Though Fanny had lived so much in society and had been admired as the celebrated authoress, she never lost her shyness. Mrs. Delany, who knew her so weH, expressed this in an amusing manner to the queen, before Fanny was at court. Mrs. Delany had said that Miss Burney had read The Clandestine Marriage to her.

" 'O then,' cried the queen, 'if Miss Burney reads to you, what a pleasure you must have to make her read her own works!'

"Mrs. Delany laughed and exclaimed. 'O ma'am! read her own works! — your majesty has no notion of Miss Burney! I believe she would as soon die!'"1

Any reference to her works at once threw Fanny into the greatest confusion. In the Diary she speaks of her embarrassment when Cecilia was mentioned on the stage.

"Once about this time I went to a play myself, which surely I may live long enough and never forget. It was 'Seduction', a very clever piece, but containing a dreadful picture of vice and dissipation in high life, written by Mr. Miles Andrews, with an epilogue — O, such an epilogue! I was listening to it with uncommon attention, from a compliment paid in it to Mrs. Montagu, among other female writers; but imagine what became of my attention when I suddenly was struck with these lines, or something like them: —

"Let sweet Cecilia gain your just applause, Whose every passion yields to Reason's laws.' "To hear, wholly unprepared and unsuspicious, such lines in a theatre — seated in a royal box — and with the whole royal family and their suite immediately opposite me — was it not a singular circumstance? To describe my embarrassment would be impossible. My whole head was leaning forward, with my opera glass in my hand, examining