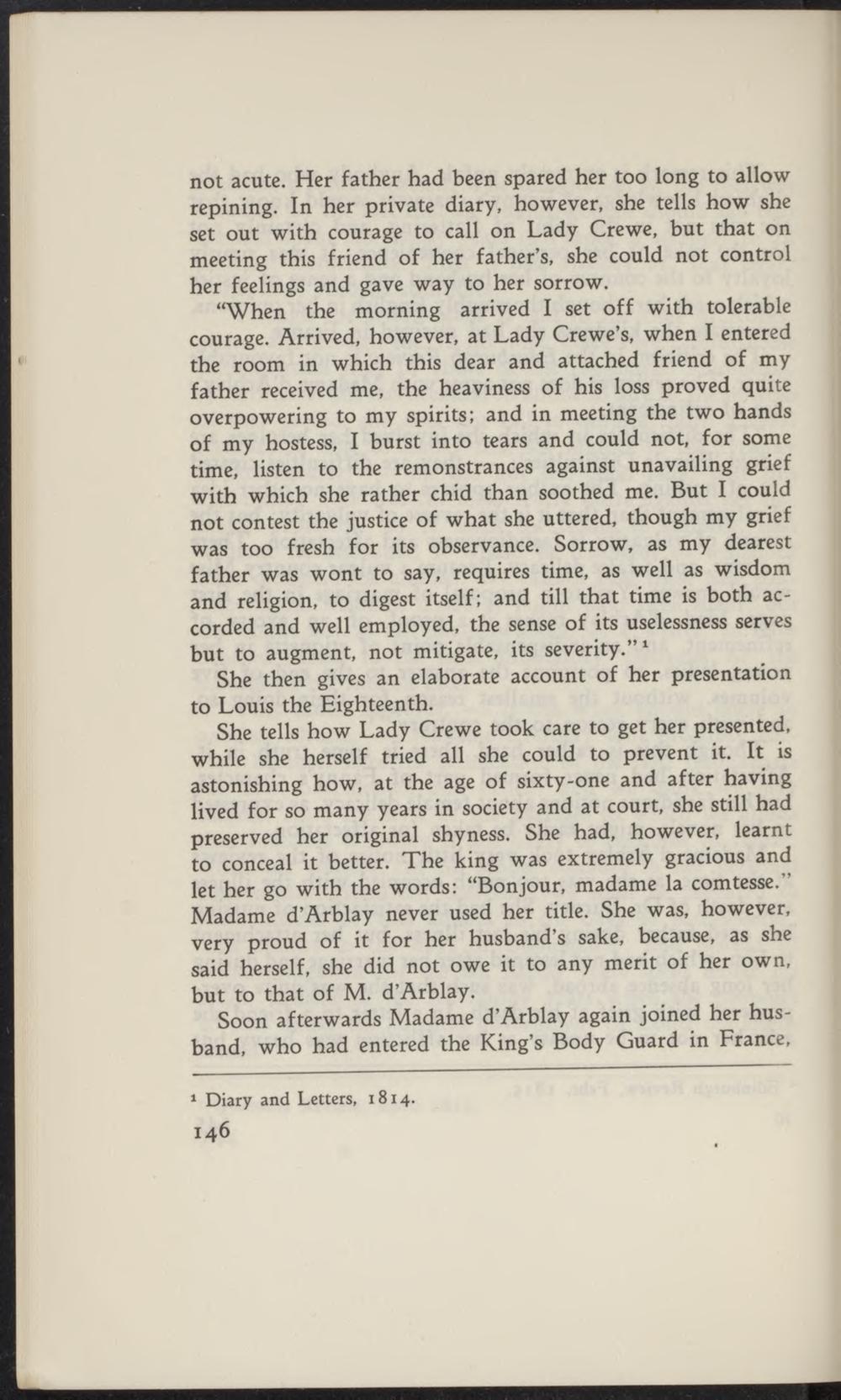 not acute. Her father had been spared her too long to allow repining. In her private diary, however, she tells how she set out with courage to call on Lady Crewe, but that on meeting this friend of her father's, she could not control her feelings and gave way to her sorrow.

"When the morning arrived I set off with tolerable courage. Arrived, however, at Lady Crewe's, when I entered the room in which this dear and attached friend of my father received me, the heaviness of his loss proved quite overpowering to my spirits; and in meeting the two hands of my hostess, I burst into tears and could not, for some time, listen to the remonstrances against unavailing grief with which she rather chid than soothed me. But I could not contest the justice of what she uttered, though my grief was too fresh for its observance. Sorrow, as my dearest father was wont to say, requires time, as well as wisdom and religiën, to digest itself ; and till that time is both accorded and well employed, the sense of its uselessness serves but to augment, not mitigate, its severity."1

She then gives an elaborate account of her presentation to Louis the Eighteenth.

She tells how Lady Crewe took care to get her presented, while she herself tried all she could to prevent it. It is astonishing how, at the age of sixty-one and after having lived for so many years in society and at court, she still had preserved her original shyness. She had, however, learnt to conceal it better. The king was extremely gracious and let her go with the words: "Bonjour, madame la comtesse." Madame d'Arblay never used her title. She was, however, very proud of it for her husband's sake, because, as she said herself, she did not owe it to any merit of her own, but to that of M. d'Arblay.