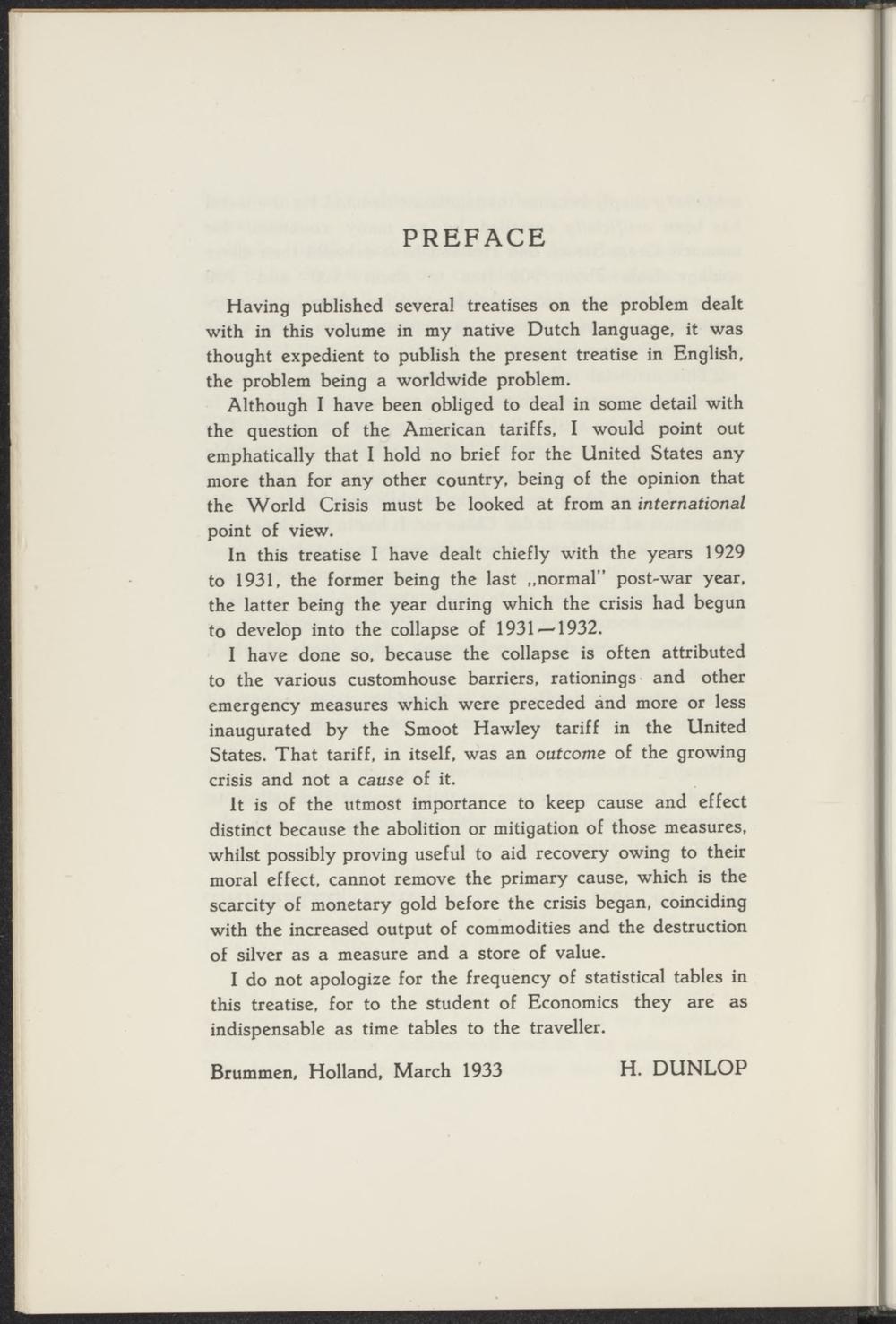 Having published several treatises on the problem dealt with in this volume in my native Dutch language, it was thought expediënt to publish the present treatise in English, the problem being a worldwide problem.

Although I have been obliged to deal in some detail with the question of the American tariffs, I would point out emphatically that I hold no brief for the United States any more than for any other country, being of the opinion that the World Crisis must be looked at from an international point of view.

In this treatise I have dealt chiefly with the years 1929 to 1931, the former being the last „normal" post-war year, the latter being the year during which the crisis had begun to develop into the collapse of 1931—1932.

I have done so, because the collapse is of ten attributed to the various customhouse barriers, rationings and other emergency measures which were preceded and more or less inaugurated by the Smoot Hawley tariff in the United States. That tariff, in itself, was an oatcome of the growing crisis and not a cause of it.

It is of the utmost importance to keep cause and effect distinct because the abolition or mitigation of those measures, whilst possibly proving useful to aid recovery owing to their moral effect, cannot remove the primary cause, which is the scarcity of monetary gold before the crisis began, coinciding with the increased output of commodities and the destruction of silver as a measure and a store of value.

I do not apologize for the frequency of statistical tables in this treatise, for to the student of Economics they are as indispensable as time tables to the traveüer.