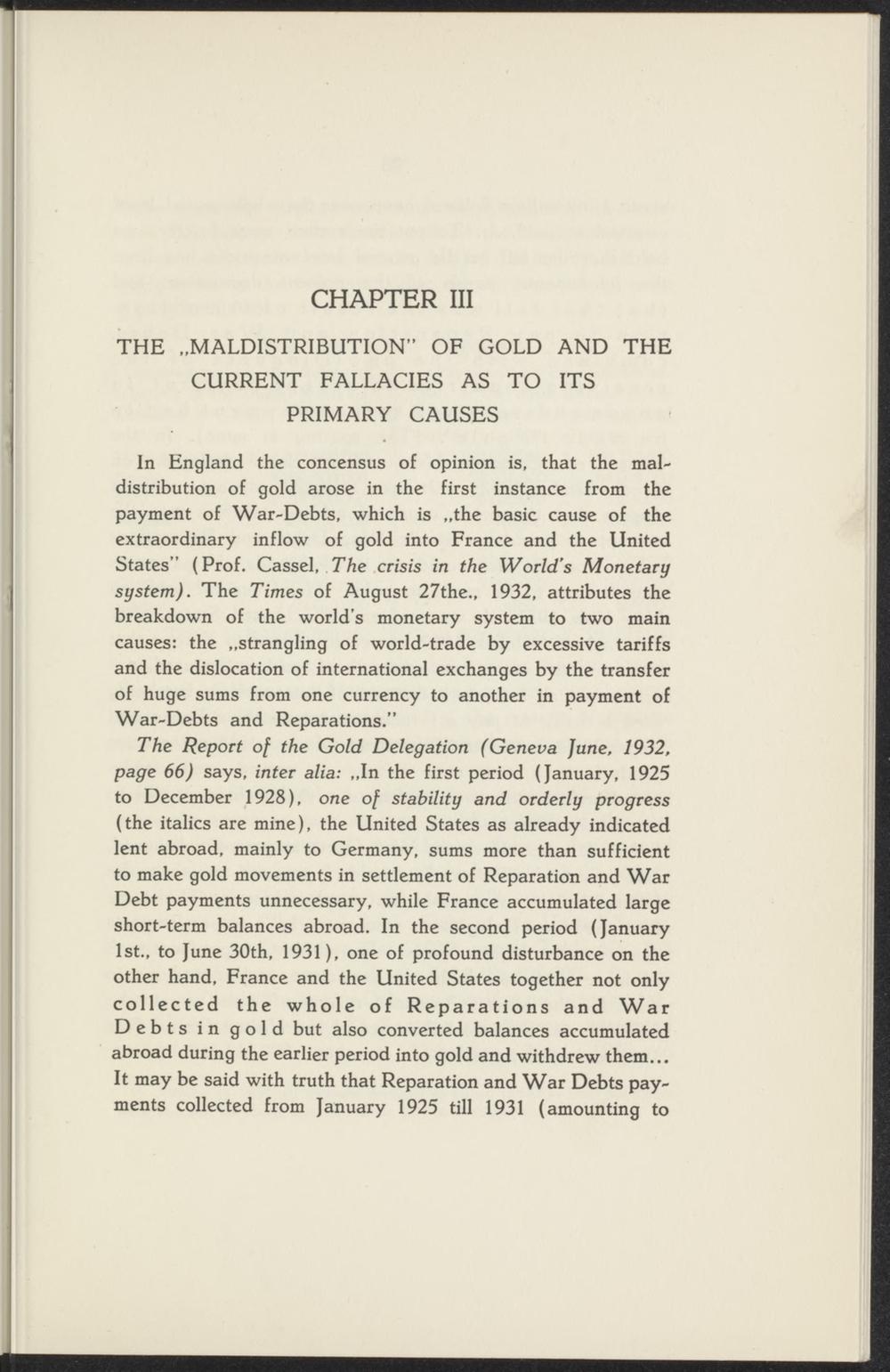 In England the concensus of opinion is, that the maldistribution of gold arose in the first instance from the payment of War-Debts, which is „the basic cause of the extraordinary inflow of gold into France and the United States" (Prof. Cassel,. The .crisis in the World's Monetary system). The Times of August 27the., 1932, attributes the breakdown of the world's monetary system to two main causes: the „strangling of world-trade by excessive tariffs and the dislocation of international exchanges by the transfer of huge sums from one currency to another in payment of War-Debts and Reparations."

77ie Report of the Gold Dele gation (Geneva June, 1932, page 66) says, inter alia: „In the first period (January, 1925 to December ,1928), one of stability and orderly progress (the italies are mine), the United States as already indicated lent abroad, mainly to Germany, sums more than sufficiënt to make gold movements in settlement of Reparation and War Debt payments unnecessary, while France accumulated large short-term balances abroad. In the second period (January lst., to June 30th, 1931), one of profound disturbance on the other hand, France and the United States together not only collected the whole of Reparations and War Debts in gold but also converted balances accumulated abroad during the earlier period into gold and withdrew them... It may be said with truth that Reparation and War Debts payments collected from January 1925 till 1931 (amounting to