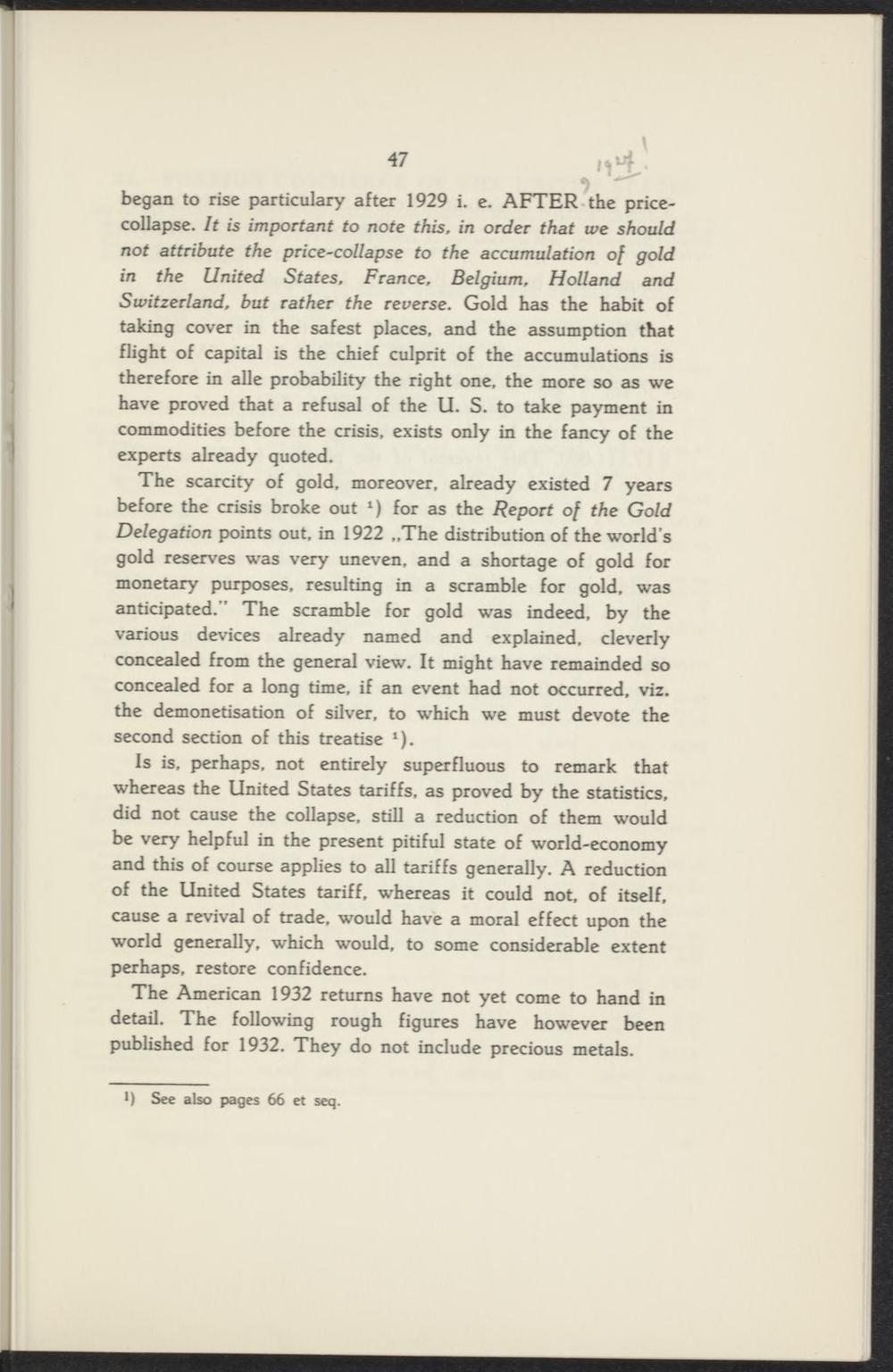 began to rise particulary after 1929 i. e. AFTER-the pricecollapse. It is important to note this, in order that we should not attribute the price-collapse to the accumulation of gold in the United States, France, Belgium, Holland and Switzerland, but rat her the reverse. Gold has the habit of taking cover in the safest places, and the assumption that flight of capital is the chief culprit of the accumulations is therefore in alle probability the right one, the more so as we have proved that a refusal of the U. S. to take payment in commodities before the crisis, exists only in the fancy of the experts already quoted.

The scarcity of gold, moreover, already existed 7 years before the crisis broke out 1) for as the Report o/ the Gold Delegation points out, in 1922 „The distribution of the world's gold reserves was very uneven, and a shortage of gold for monetary purposes, resulting in a scramble for gold, was anticipated." The scramble for gold was indeed, by the various devices already named and explained, cleverly concealed from the general view. It might have remainded so concealed for a long time, if an event had not occurred, viz. the demonetisation of silver. to which we must devote the second section of this treatise *).

Is is. perhaps, not entirely superfluous to remark that whereas the United States tariffs, as proved by the statistics, did not cause the collapse, stfll a reduction of them would be very helpful in the present pitiful state of world-economy and this of course applies to all tariffs generally. A reduction of the United States tariff, whereas it could not. of itself, cause a revival of trade, would have a moral effect upon the world generally, which would, to some considerable extent perhaps, restore confidence.

The American 1932 returns have not yet come to hand in detail The following rough figures have however been published for 1932. They do not include precious metais.