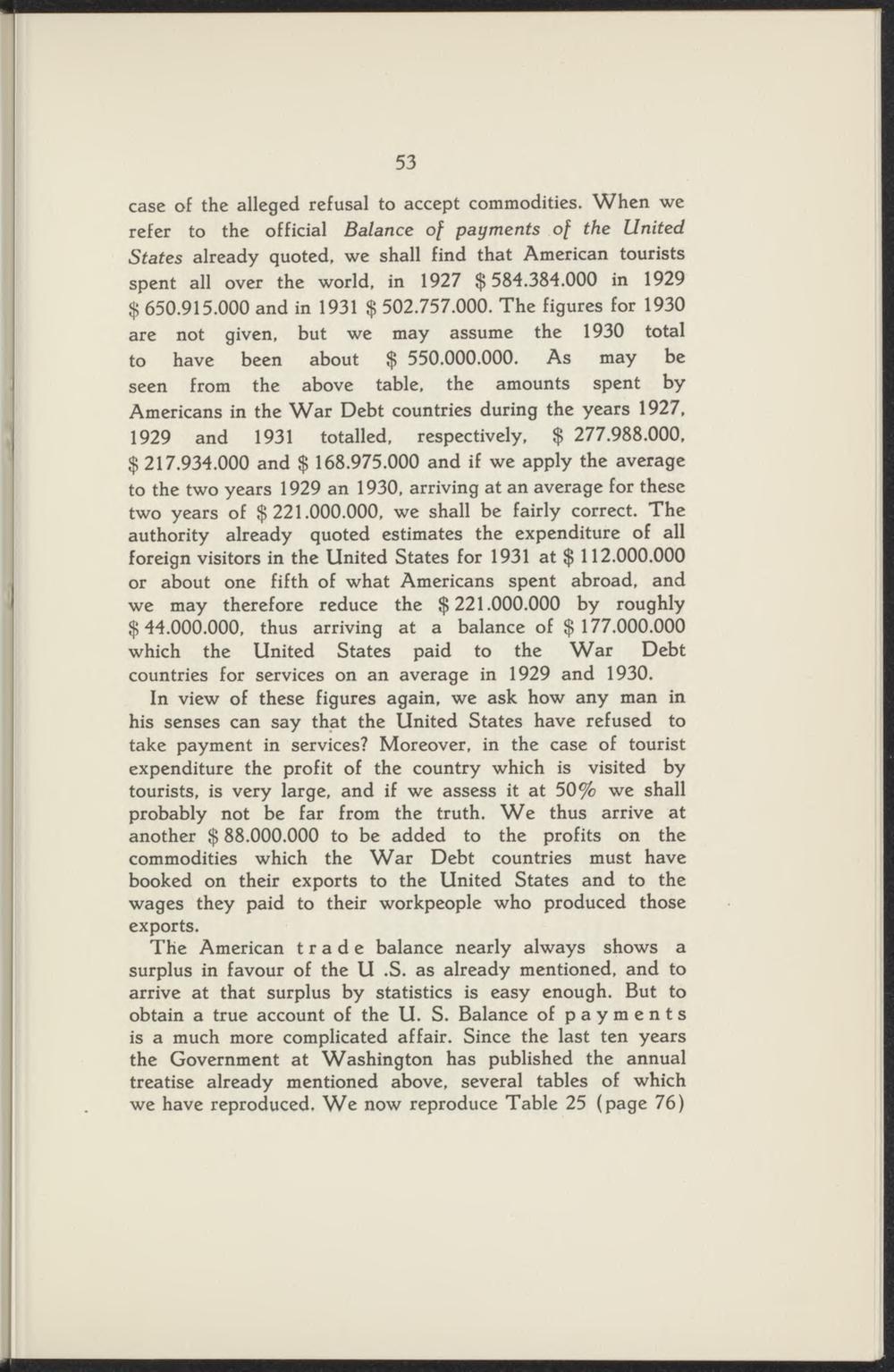 In view of these figures again, we ask how any man in his senses can say that the United States have refused to take payment in services? Moreover, in the case of tourist expenditure the profit of the country which is visited by tourists, is very large, and if we assess it at 50% we shall probably not be far from the truth. We thus arrivé at another $88.000.000 to be added to the profits on the commodities which the War Debt countries must have booked on their exports to the United States and to the wages they paid to their workpeople who produced those exports.

The American trade balance nearly always shows a surplus in favour of the U .S. as already mentioned, and to arrivé at that surplus by statistics is easy enough. But to obtain a true account of the U. S. Balance of payments is a much more complicated affair. Since the last ten years the Government at Washington has published the annual treatise already mentioned above, several tables of which we have reproduced. We now reproduce Table 25 (page 76)