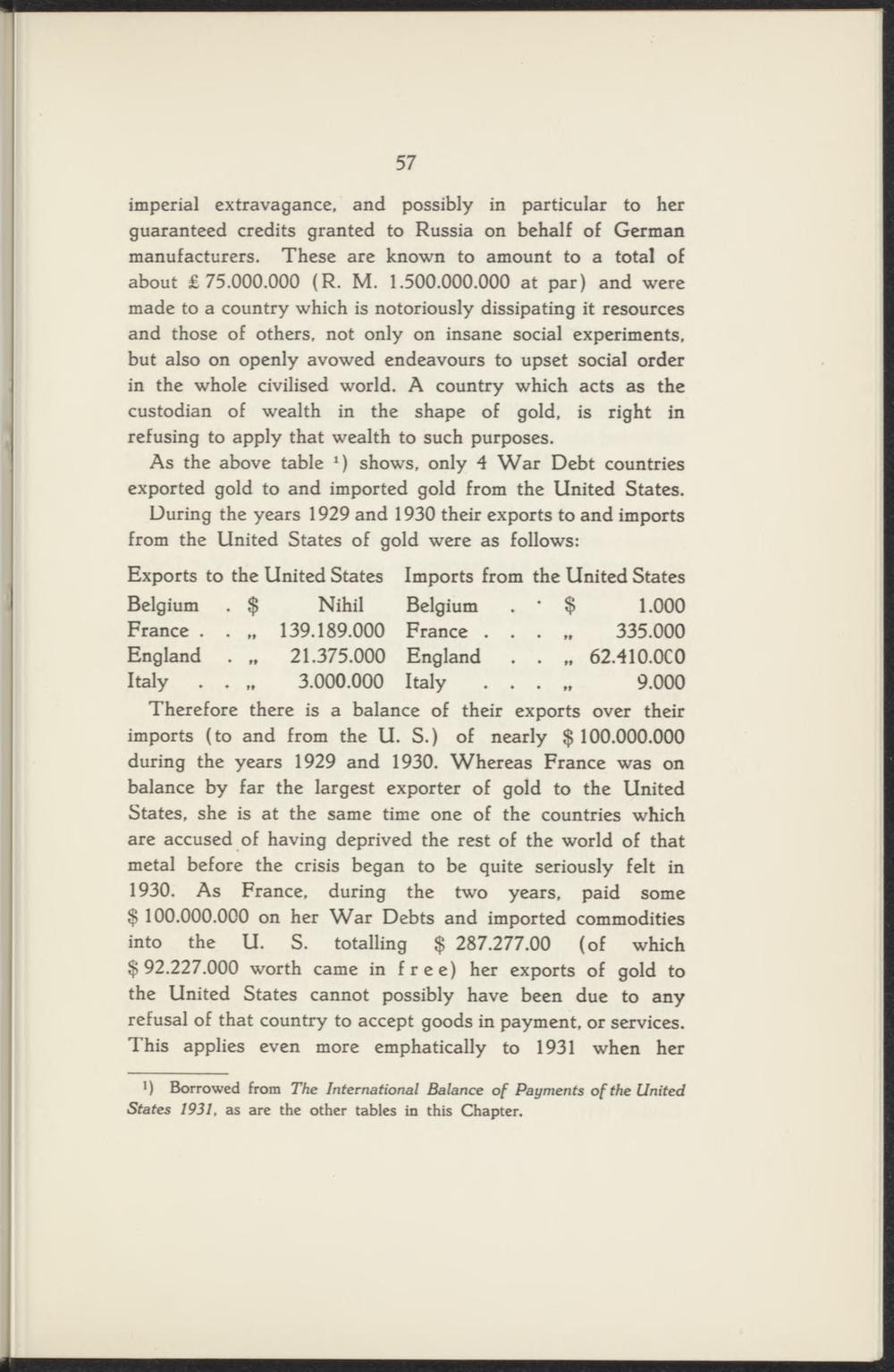 imperial extravagance, and possibly in particular to her guaranteed credits granted to Russia on behalf of German manufacturers. These are known to amount to a total of about £75.000.000 (R. M. 1.500.000.000 at par) and were made to a country which is notoriously dissipating it resources and those of others, not only on insane social experiments, but also on openly avowed endeavours to upset social order in the whole civilised world. A country which acts as the custodian of wealth in the shape of gold, is right in refusing to apply that wealth to such purposes.

As the above table *) shows, only 4 War Debt countries exported gold to and imported gold from the United States.

During the years 1929 and 1930 their exports to and imports from the United States of gold were as follows:

') Borrowed from The International Balance of Payments of the United States 1931, as are the other tables in this Chapter.