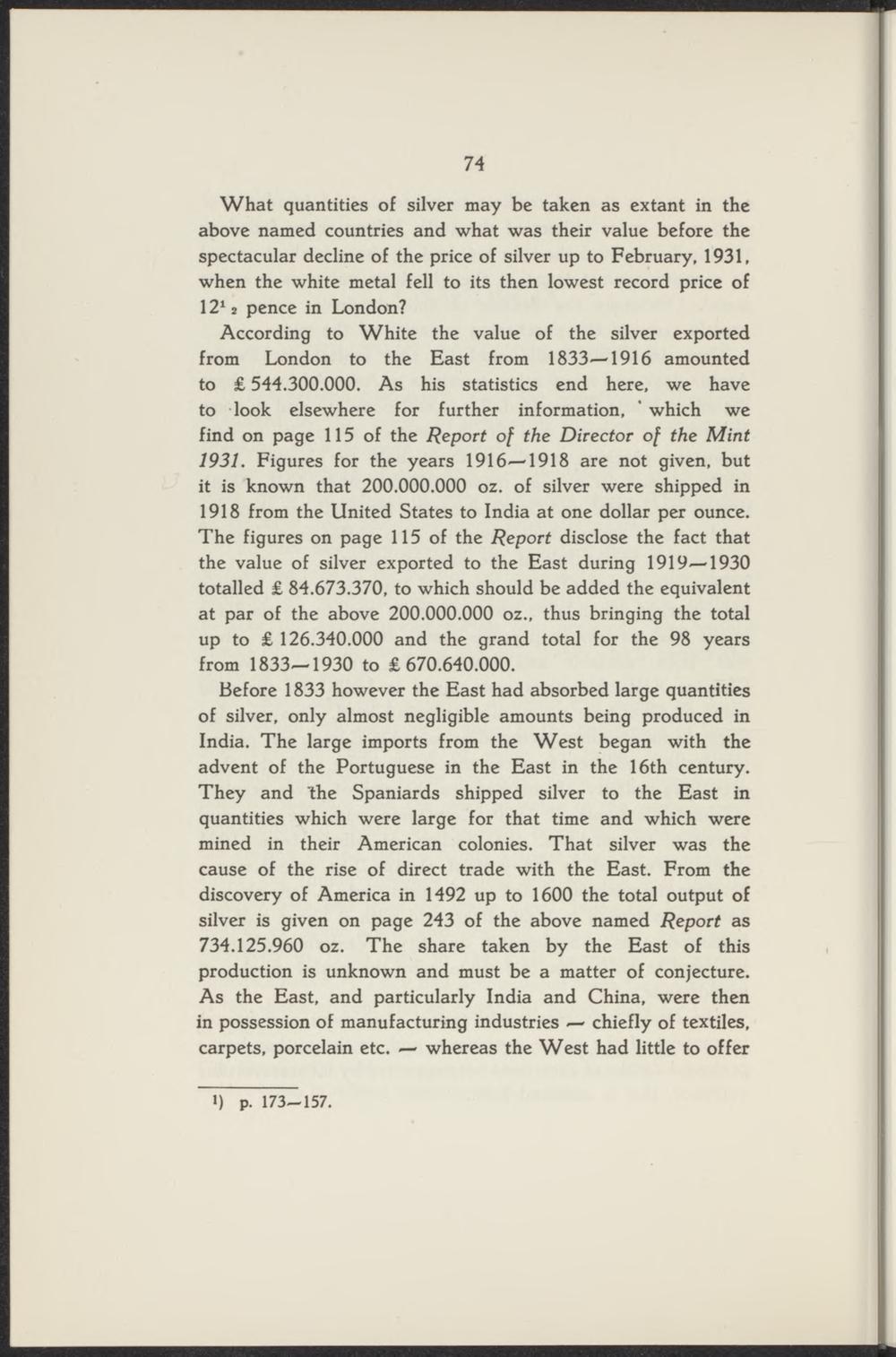 What quantities of silver may be taken as extant in the above named countries and what was their value before the spectacular decline of the price of silver up to February, 1931, when the white metal feil to its then lowest record price of 1212 pence in London?

Before 1833 however the East had absorbed large quantities of silver, only almost negligible amounts being produced in India. The large imports from the West began with the advent of the Portuguese in the East in the 16th century. They and the Spaniards shipped silver to the East in quantities which were large for that time and which were mined in their American colonies. That silver was the cause of the rise of direct trade with the East. From the disco very of America in 1492 up to 1600 the total output of silver is given on page 243 of the above named Report as 734.125.960 oz. The share taken by the East of this production is unknown and must be a matter of conjecture. As the East, and particularly India and China, were then in possession of manufacturing industries ■—> chiefly of textiles, carpets. porcelain etc. — whereas the West had little to offer