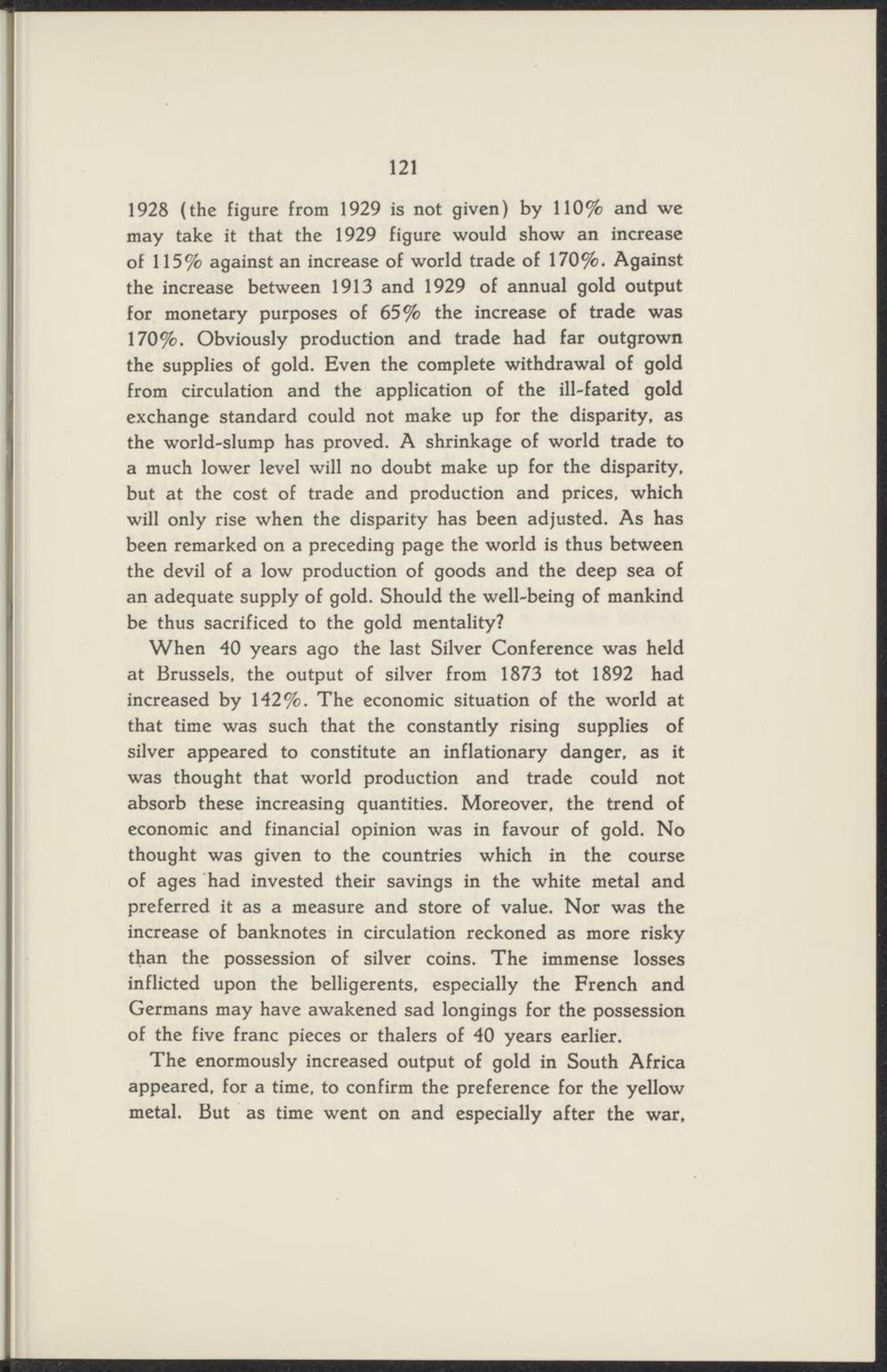 1928 (the figure from 1929 is not given) by 110% and we may take it that the 1929 figure would show an increase of 115% against an increase of world trade of 170%. Against the increase between 1913 and 1929 of annual gold output for monetary purposes of 65% the increase of trade was 170%. Obviously production and trade had far outgrown the supplies of gold. Even the complete withdrawal of gold from circulation and the application of the ill-fated gold exchange Standard could not make up for the disparity, as the world-slump has proved. A shrinkage of world trade to a much lower level will no doubt make up for the disparity. but at the cost of trade and producdon and prices. which will only rise when the disparity has been adjusted. As has been remarked on a preceding page the world is thus between the devil of a low production of goods and the deep sea of an adequate supply of gold. Should the well-being of mankind be thus sacrificed to the gold mentality?

When 40 years ago the last Silver Conference was held at Brussels, the output of silver from 1873 tot 1892 had increased by 142%. The economie situation of the world at that time was such that the constantly rising supplies of silver appeared to constitute an inflationary danger, as it was thought that world production and trade could not absorb these increasing quantities. Moreover, the trend of economie and financial opinion was in favour of gold. No thought was given to the countries which in the course of ages 'had invested their savings in the white metal and preferred it as a measure and store of value. Nor was the increase of banknotes in circulation reckoned as more risky than the possession of silver coins. The immense losses inflicted upon the belligerents, especially the French and Germans may have awakened sad longings for the possession of the five franc pieces or thalers of 40 years earlier.

The enormously increased output of gold in South Africa appeared, for a time, to confirm the preference for the yellow metal. But as time went on and especially after the war,