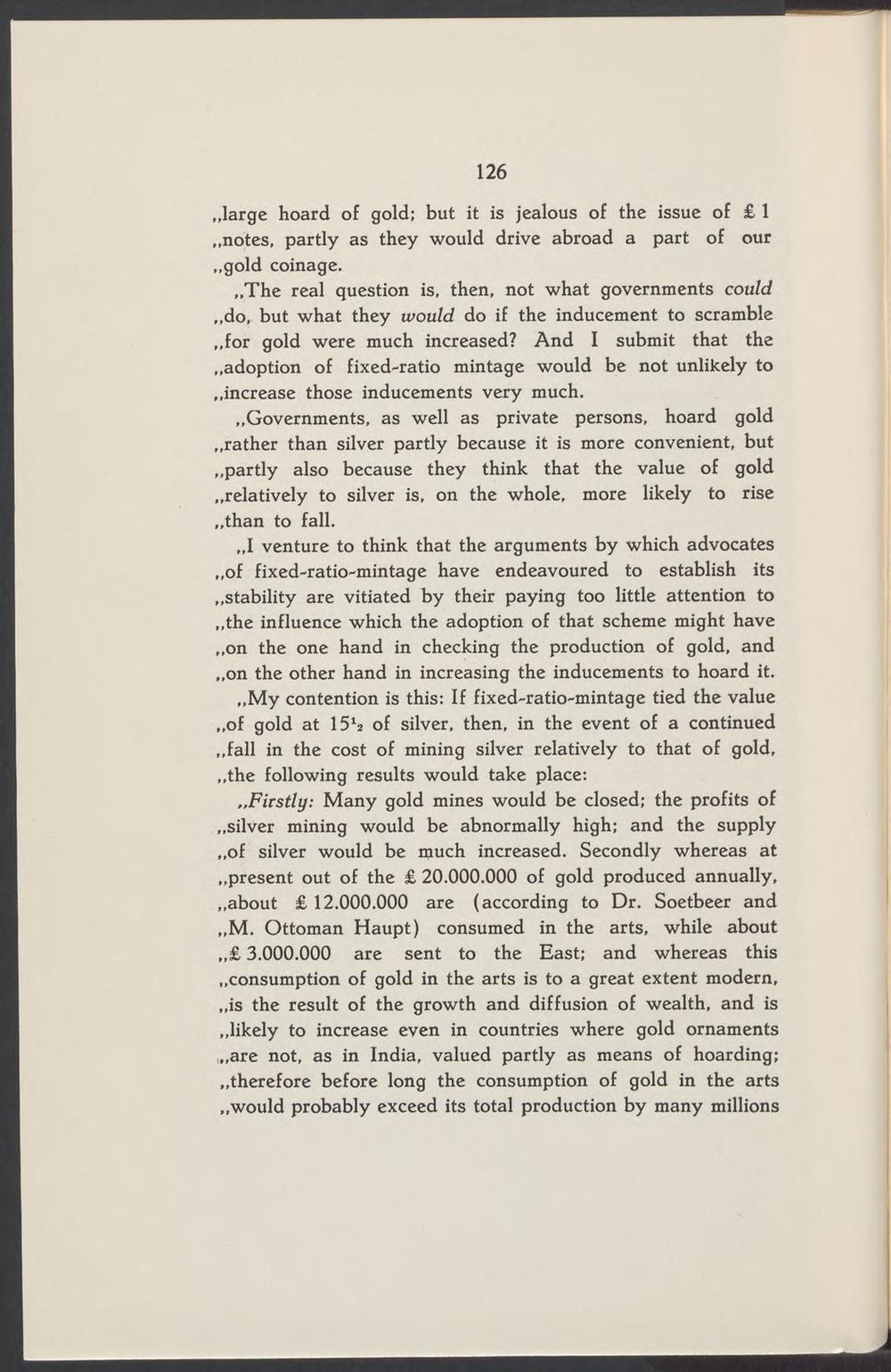 „large hoard of gold; but it is jealous of the issue of £ 1 „notes, partly as they would drive abroad a part of our „gold coinage.

„The real question is, then, not what governments could „do, but what they would do if the inducement to scramble „for gold were much increased? And I submit that the „adoption of fixed-ratio mintage would be not unlikely to „increase those inducements very much.

„Governments, as well as private persons, hoard gold „rather than silver partly because it is more convenient, but „partly also because they think that the value of gold „relatively to silver is, on the whole, more likely to rise „than to fall.

„I venture to think that the arguments by which advocates „of fixed-ratio-mintage have endeavoured to establish its „stability are vitiated by their paying too little attention to „the influence which the adoption of that scheme might have „on the one hand in checking the production of gold, and „on the other hand in increasing the inducements to hoard it.

„My contention is this: If fixed-ratio-mintage tied the value „of gold at 15S of silver, then, in the event of a continued „fall in the cost of mining silver relatively to that of gold, „the following results would take place:

„Fitstly: Many gold mines would be closed; the profits of „silver mining would be abnormally high; and the supply „of silver would be much increased. Secondly whereas at „present out of the £ 20.000.000 of gold produced annually, „about £ 12.000.000 are (according to Dr. Soetbeer and „M. Ottoman Haupt) consumed in the arts, while about „£ 3.000.000 are sent to the East; and whereas this „consumption of gold in the arts is to a great extent modern, „is the result of the growth and diffusion of wealth, and is „likely to increase even in countries where gold ornaments „are not, as in India, valued partly as means of hoarding; „therefore before long the consumption of gold in the arts „would probably exceed its total production by many millions