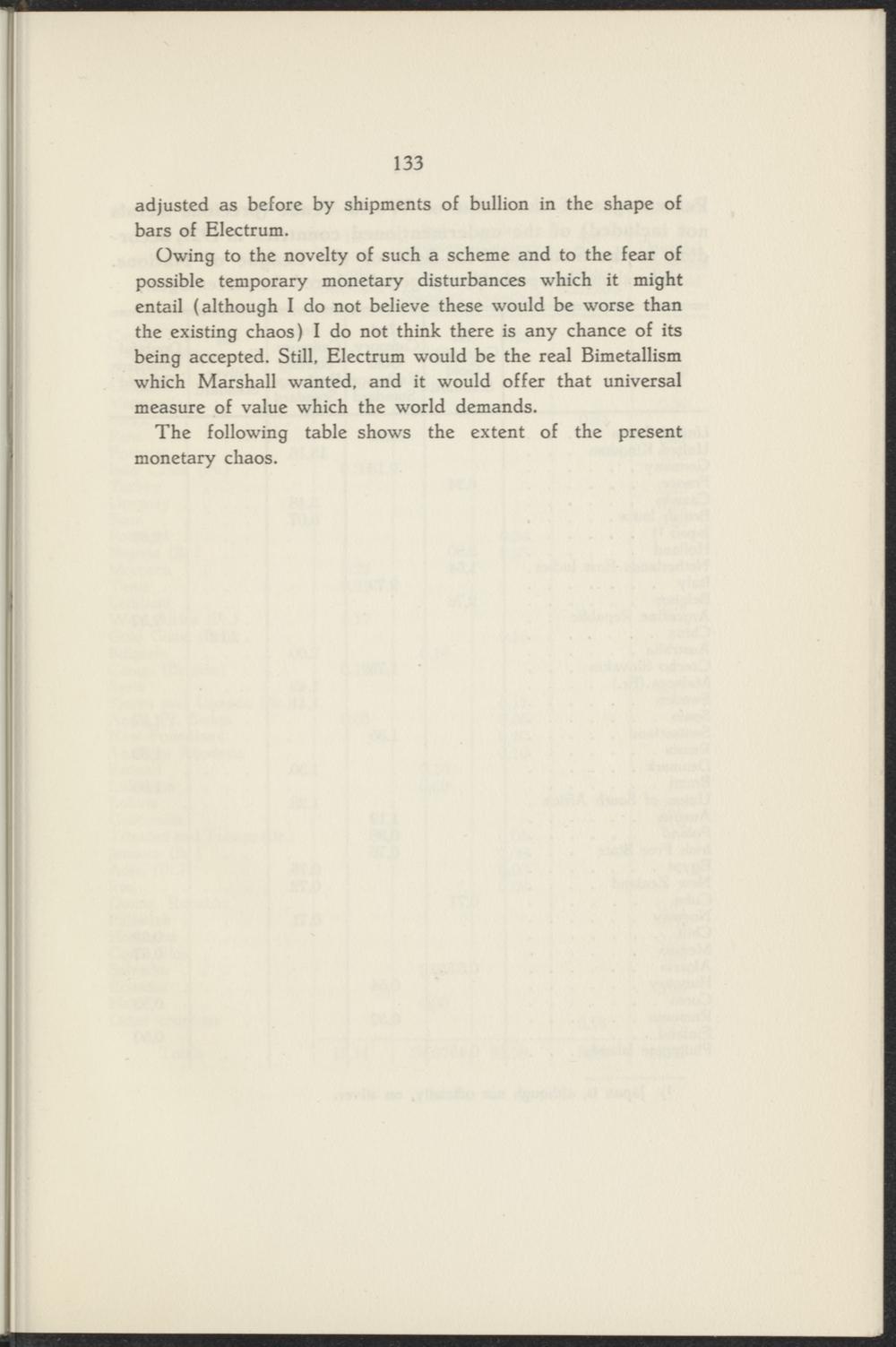 adjusted as before by shipments of bullion in the shape of bars of Electrum.

Owing to the novelty of such a scheme and to the fear of possible temporary monetary disturbances which it might entail (although I do not believe these would be worse than the existing chaos) I do not think there is any chance of its being accepted. Still, Electrum would be the real Bimetallism which Marshall wanted, and it would offer that universal measure of value which the world demands.

The following table shows the extent of the present monetary chaos.