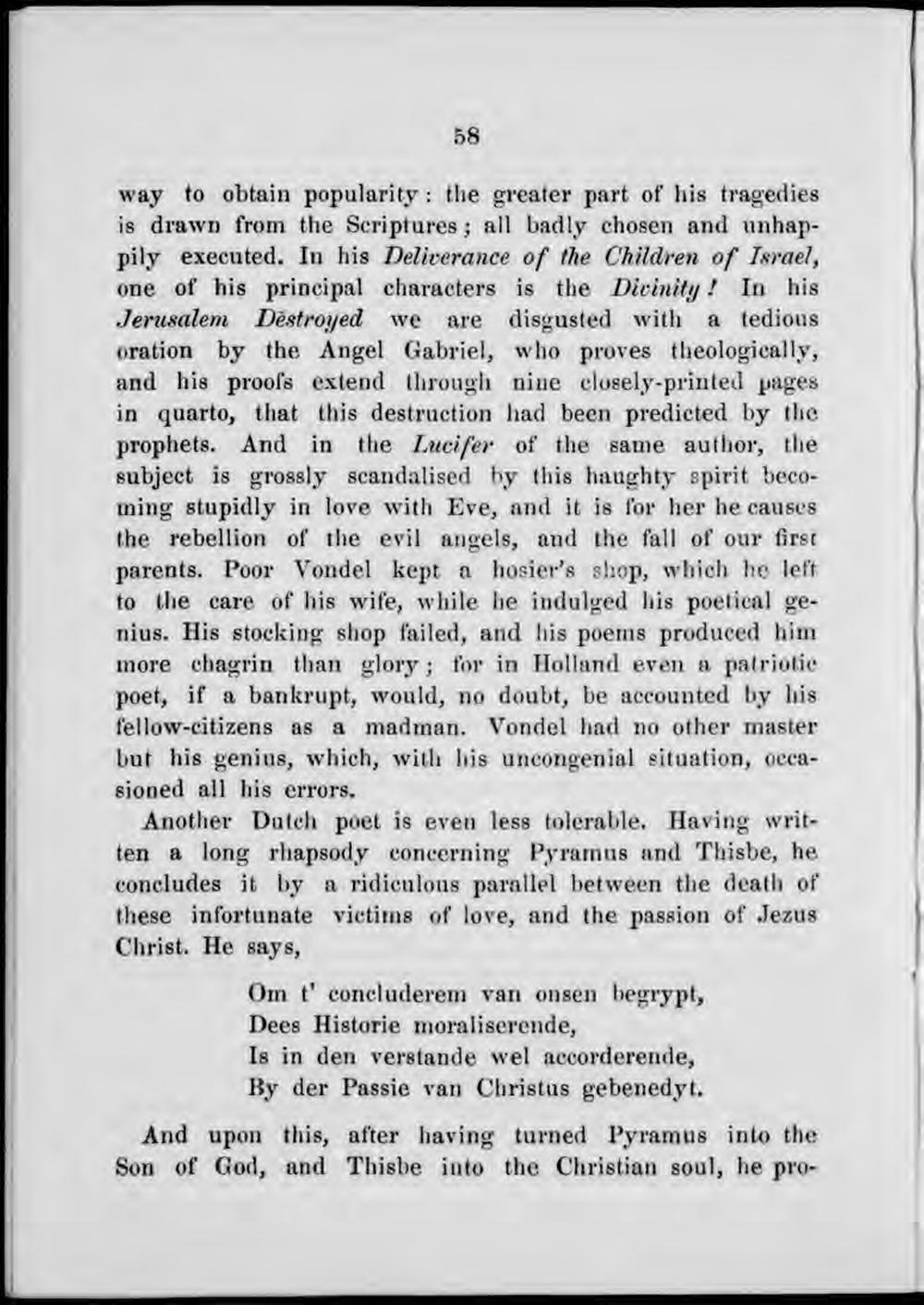 way to obtain popularity: the greafer part of bis tragedies is drawn from the Scriptures; all badly chosen and unhappily executed. In his Deliverance of the Children of Israël, one of his principal characters is the Divinity! In his Jerusalem Dèstroyed we are disgusted with a tedious oration by the Angel Gabriel, who proves theologically, and his proofs extend through nine closely-printed pages in quarto, that this destruction had been predicted by the prophets. And in the Lucifer of the sanie aulhor, the subject is grossly scandalised by this haughty spirit becoining stupidly in love with Eve, and it is for her he canses the rebellion of the evil angels, and the fall of our first parents. Poor Vondel kept a hosier's shop, which he left to the care of his wife, while he indulged his poetical genius. His stocking shop failed, and his poems produced him more chagrin than glory; for in Holland even a patriotic poet, if a bankrupt, would, no doubt, be accounted by his fellow-citizens as a madman. Vondel had 110 other master but his genius, which, with his uncongenial situation, occasioned all lus errors.

Another Dutch poet is even less tolerable. Ha ving written a long rhapsody concerning Pyramus and Thisbe, he concludes it by a ridiculous parallel between the death of these infortunate victims of love, and the passion of Jezus Christ. He says,

And upon this, after having turned Pyramus into the Son of God, and Thisbe into the Christian soul, he pro-