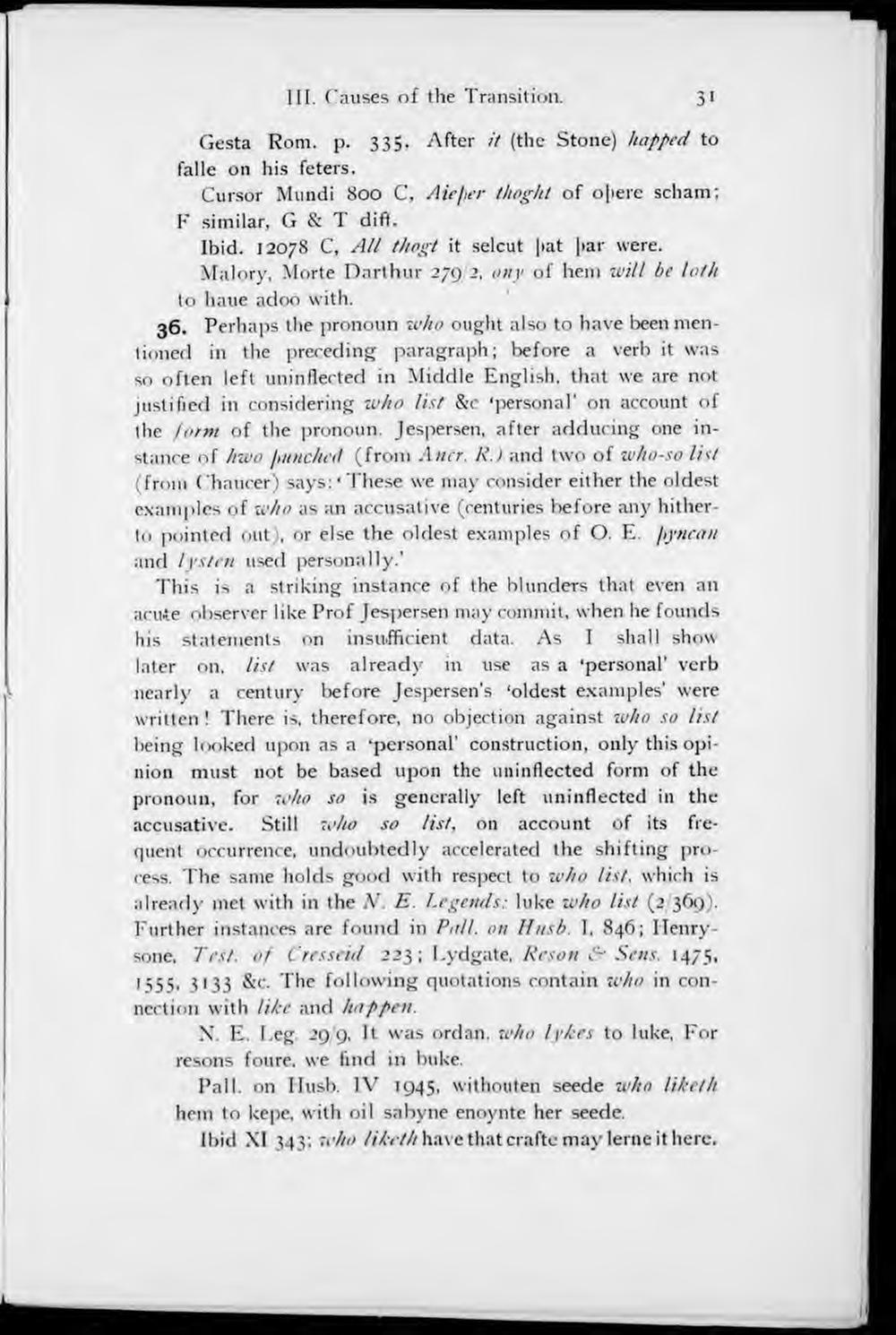 Malory, Morte Darthur 279 2, ony of hem will be loth to haue adoo with.

36. Perhaps the pronoun who ought also to have been mentioned in the preceding paragraph; before a verb it was so often left uninflected in Middle English, that we are not justified in considering who list &c 'personal' on account of the form of the pronoun. Jespersen, after adducing one instance of hwo punched (from Ancr. R.) and two of who-so list (froni Chaucer) says:' These we may consider either the oldest examples of who as an accusative (centuries before any hitherto pointed out), or else the oldest examples of O. E. pyncan and lysten used personally.'

This is a striking instance of the blunders that even an acute observer like Prof Jespersen may commit, when he founds his statements on insufficiënt data. As I shall show later on, list was already in use as a 'personal' verb nearly a century before Jespersen's 'oldest examples' were written ! There is, therefore, no objection against who so list being looked upon as a 'personal' construction, only this opinion must not be based upon the uninflected form of the pronoun, for who so is generally left uninflected in the accusative. Still who so list, on account of its frequent occurrence, undoubtedly accelerated the shifting process. The same holds good with respect to who list, which is already met with in the N. E. Legends: luke who list (2 369)Further instances are found in Piill. on Hitsb. I, 846; Henrysone, Test. of Cresseid 223; Lydgate, Rcson & Sens. 1475, 1555, 3133 &c. The following quotations contain who in connection with like and happen.

Ibid XI 343; who liketh have that crafte may lerne it here.