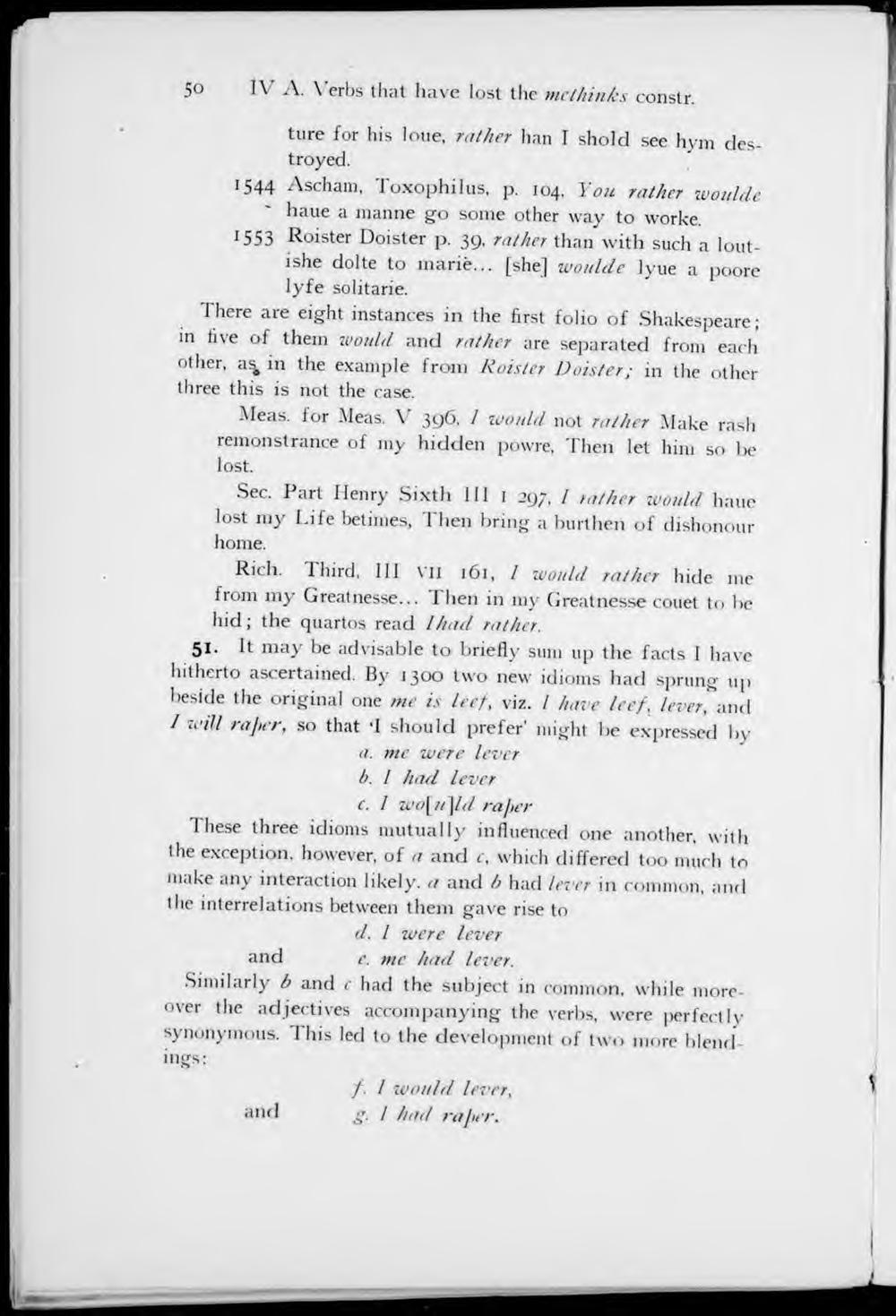 ture for his loue, rather han I shold see hym destroyed.

There are eight instances in the first folio of Shakespeare; in live of them would and rather are separated from each other, a^ in the example from Roister Doister; in the otlier three this is not the case.

Meas. for Meas. \ 396, 1 would not rather Make rasli remonstrance of my hidden powre, Then let hira so lx? lost.

Sec. Part Ilenry Sixth III 1 29;, / rather would haue lost my Life betimes, Then bring a burthen of dishonour home.

Rich. 1 hird, III vu 161, I would rather hide me from my Greatnesse... I hen in my Greatnesse couet to be hid; the quartos read l/tad rather.

51. It may be advisable to briefly sum up the facts I have hitherto ascertained. By 1300 two new idioms had sprung up beside the original one me is leef, viz. / have leef_ lever, and I will rafter, so that 'I should prefer' niight be expressed hy

a. me were lever

b. I had lever

These three idioms mutually influenced one another, with the exception. however, of a and c, which differed too much to make any interaction 1 ikeiy. a and b had lever in common, and the interrelations between them gave rise to

Similarly b and c had the subject in common, vvhile moreover the adjectives accompanying the verbs, were perfect ly synonymous. 1 his led to the development of two more blendings: