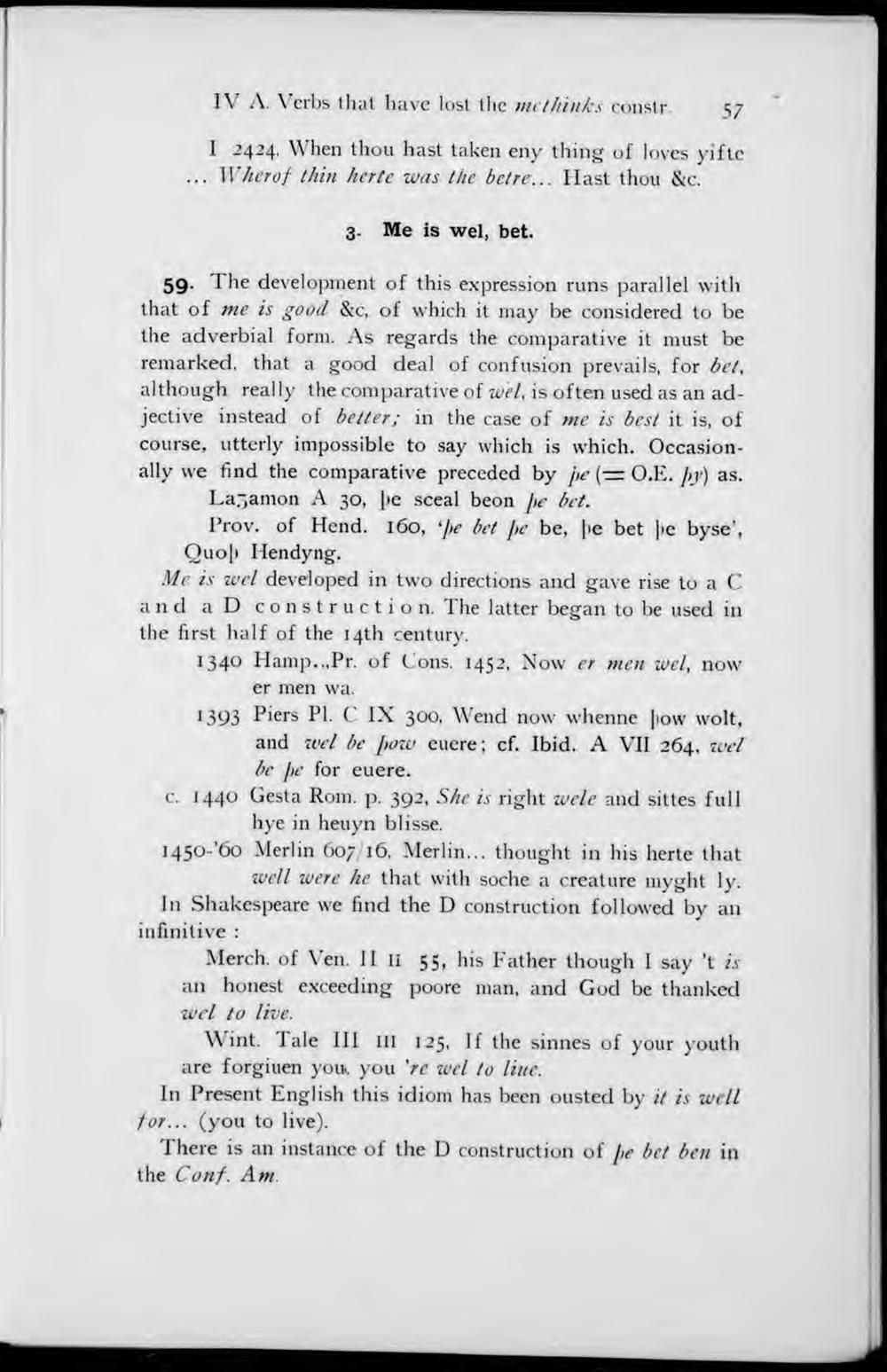 59. 1 he development of this expression runs parallel witli that of me is goocl &c, of which it may be considered to be the adverbial form. As regards the comparative it must be remarked, that a good deal of confusion prevails, for bet, although really the comparative of wel, is often used as an adjective instead of better; in the case of me is best it is, of course, utterly impossible to say which is which. Occasionally we fïnd the comparative preceded by }>e (— O.E. py) as.

Me is wel developed in two directions and gave rise to a C and aD construction. The latter began to be used in the first half of the I4th century.

In Shakespeare we find the D construction followed by an infinitive :

Wint. Tale III lil 125, If the sinnes of your youth are forgiuen you, you 're wel to liue.

In Present English this idiom has been ousted by it is well for... (you to live).

There is an instance of the D construction of pe bet ben in the Conf. Am.