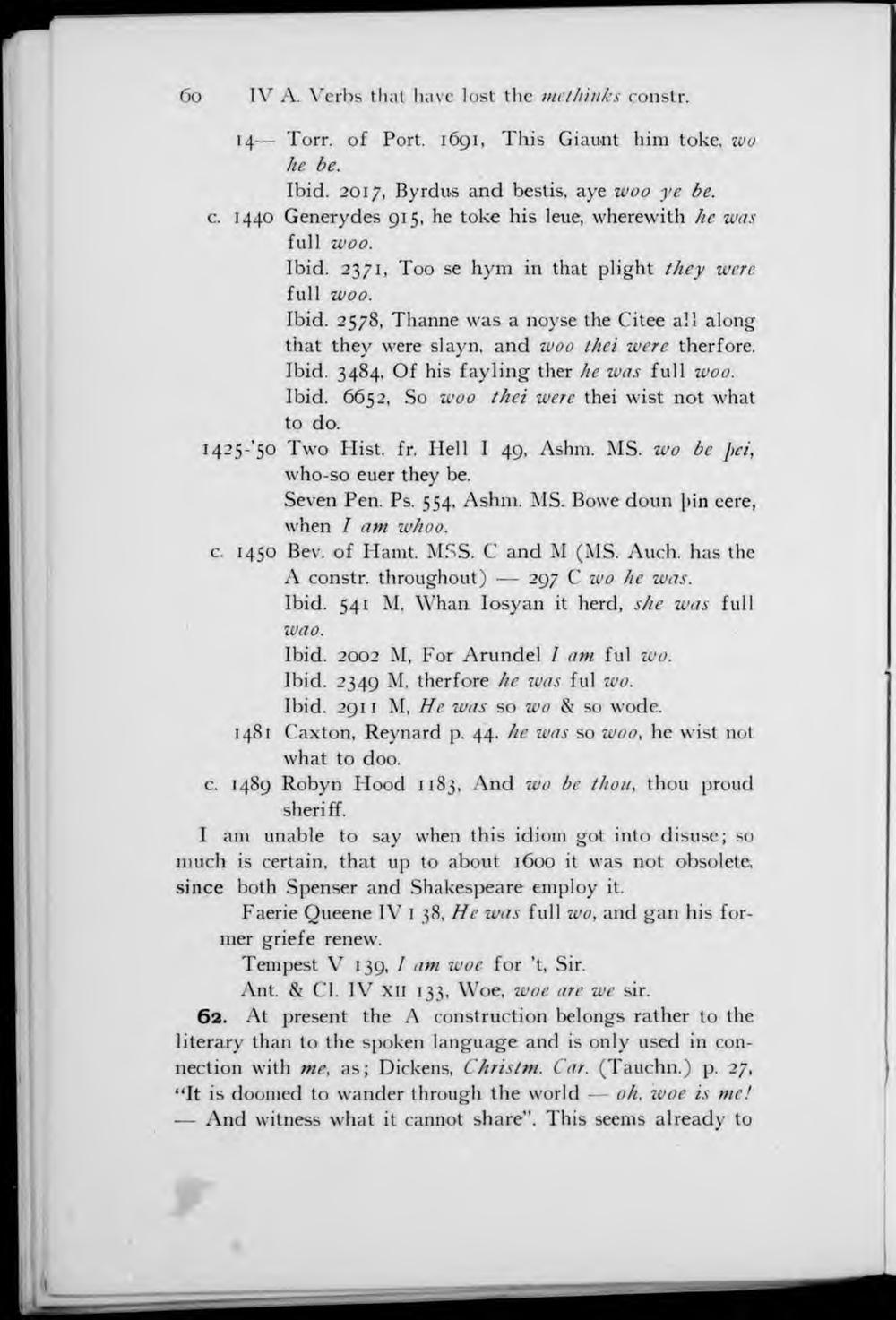 I am unable to say when this idiom got into disuse; so niuch is certain, that up to about 1600 it was not obsolete, since both Spenser and Shakespeare employ it.

Faerie Queene IV I 38, He was full wo, and gan his former griefe renew.

Ant. & Cl. IV XII 133, Woe, woe are we sir. 62. At present the A construction belongs rather to the literary than to the spoken language and is only used in connection with me, as; Dickens, Christm. Car. (Tauchn.) p. 27, "It is doonied to wander through the world — oh, woe is me! — And witness what it cannot share". This seems already to