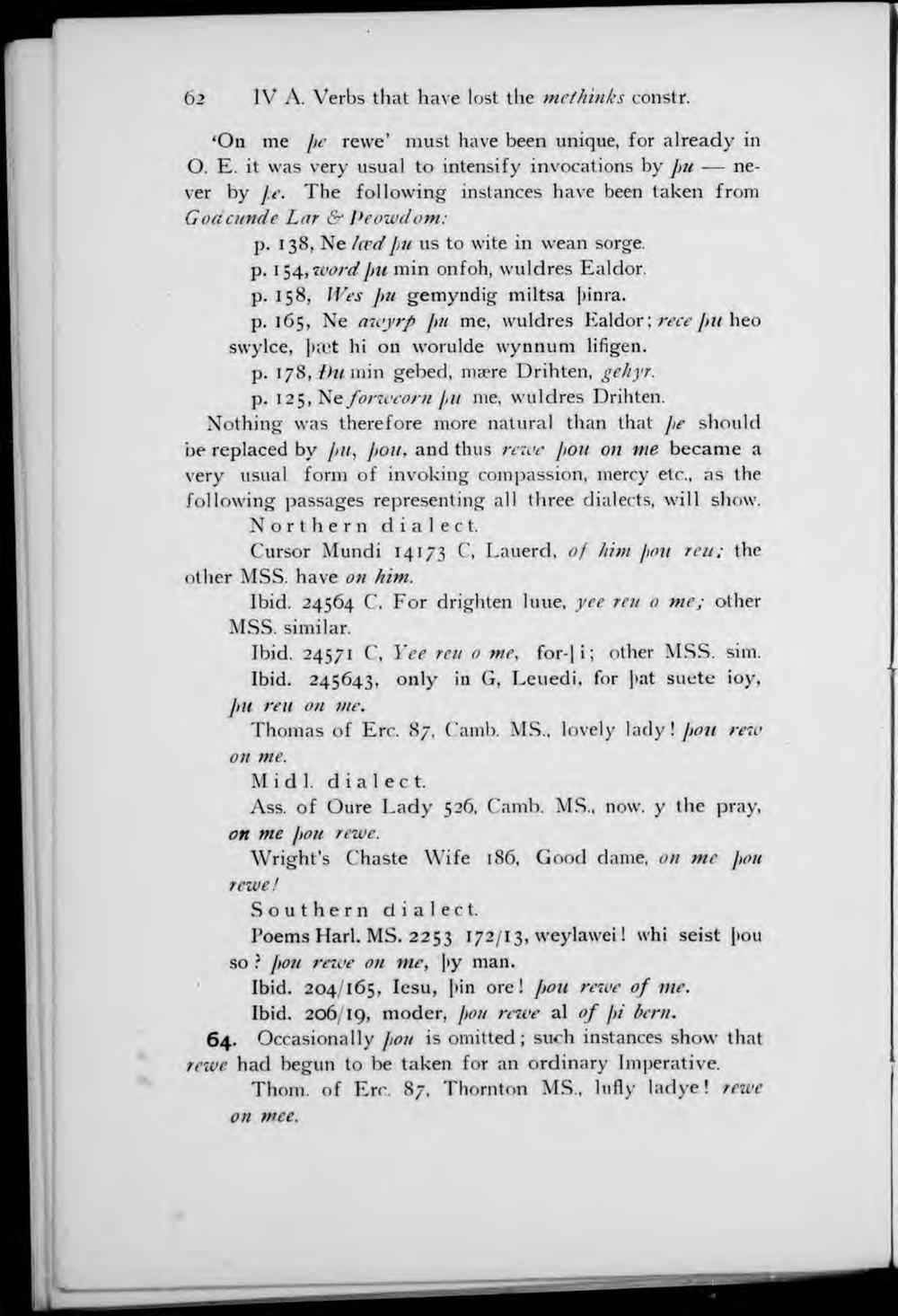 'On me pe rewe' must have been unique, for already in O. E. it was very usual to intensify invocations by pu — never by j.e. The following instances have been taken from Godcunde Lar & Peowdom:

Nothing was therefore more natural than that pe should be replaced by pu, poli, and thus i-eive ]>ou on me became a very usual form of invoking compassion, mercy etc., as the following passages representing all three dialects, will show. Northern dialect.

Ibid. 206/19, nioder, pou rewe al of pi bern. 64. Occasionally pou is omitted; such instances show that rewe had begun to be taken for an ordinary Imperative.