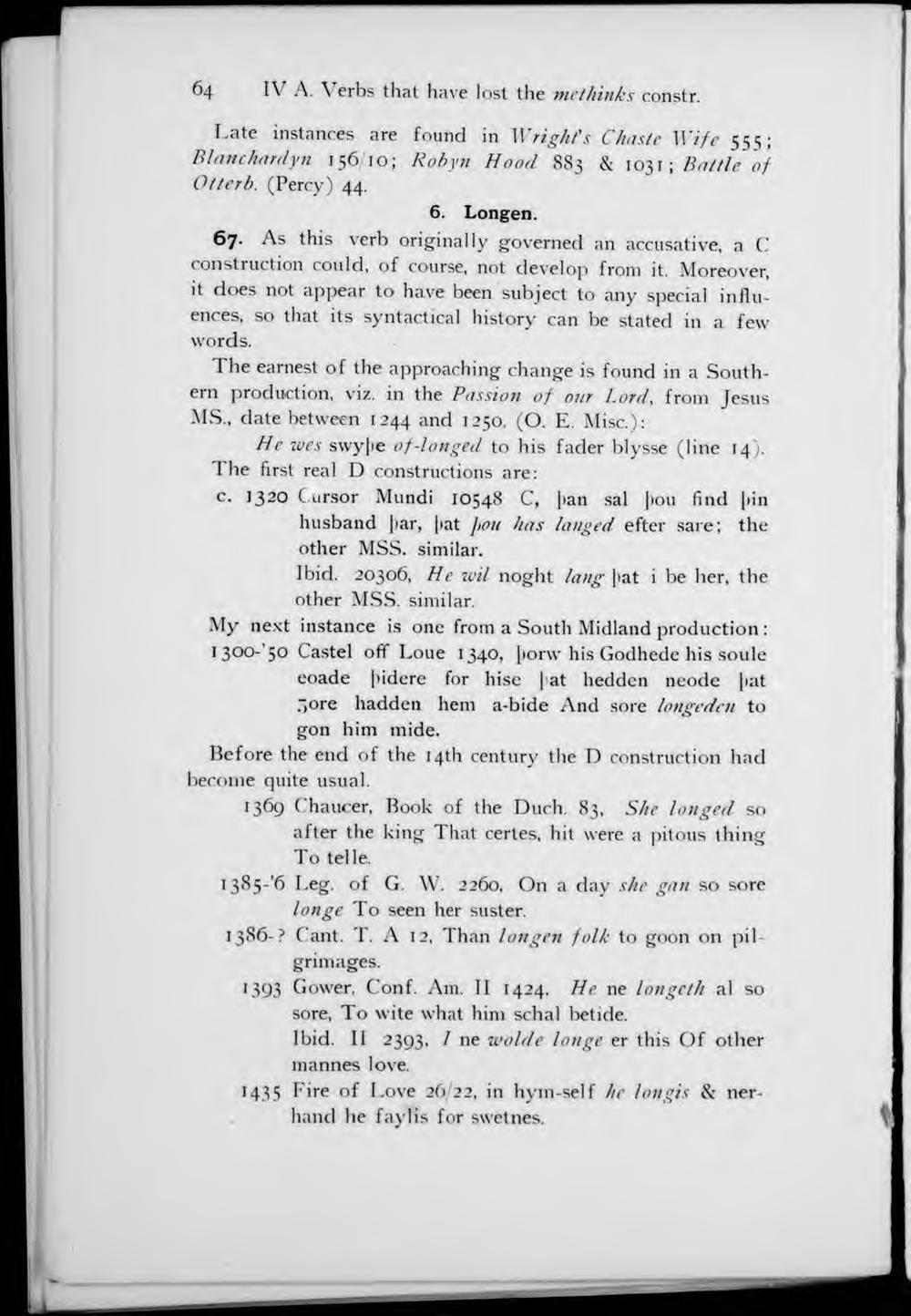 67* As this verb originally governed an accusative, a C construction could, of conrse, not develop from ït. Moreover, it does not appear to have been subject to any special influences, so that its syntactical history can be stated in a few words.

The first real D constructions are:

My next instance is one from a South Midland production:

Before the end of the 14H1 century the D construction had become quite usual.

Ion ge To seen her suster.