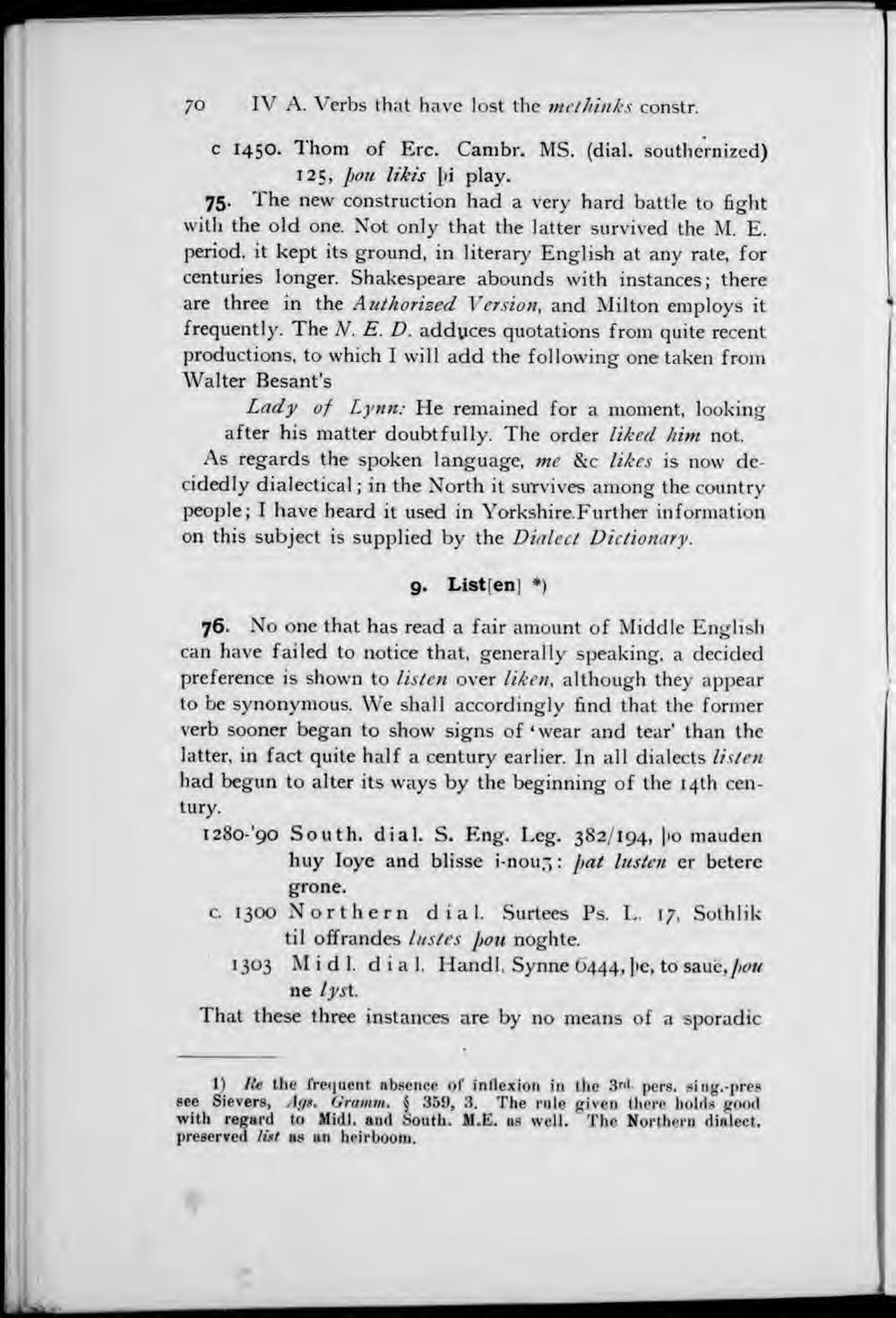 75. The new construction had a very hard battle to fight with the old one. Not only that the latter survived the M. E. period, it kept its ground, in literary English at any rate, for centuries longer. Shakespeare abounds with instances; there are three in the Authorized Version, and Milton employs it frequently. The N. E. D. addyces quotations from quite recent productions, to which I will add the following one taken from Walter Besant's

Lady of Lyrtti: He remained for a moment, looking after his matter doubtfully. The order liked liim not.

As regards the spoken language, me &c likes is now decidedly dialectical; in the North it survives among the country people; I have heard it used in Yorkshire.Further information on this subject is supplied by the Dialect Diclionary.

76. No one that has read a fair amount of Middle English can have failed to notice that, generally speaking, a decided preference is shown to listen over lik en, although they appear to be synonymous. We shall accordingly hnd that the former verb sooner began to show signs of 'wear and tear' than the latter, in fact quite half a century earlier. In all dialects listen had begun to alter its ways by the beginning of the 14th century.

That these three instances are by no means of a sporadic

1) Ite the frequent absence of intlexion in the 3«l. pers. sing.-pres see Sievers, Ag». Gramm. § 359, 3. The rule given there liolds good with regard to Midi. and Soutli. M.E. ns well. The Northern dialect, preserved list as an heirboom.