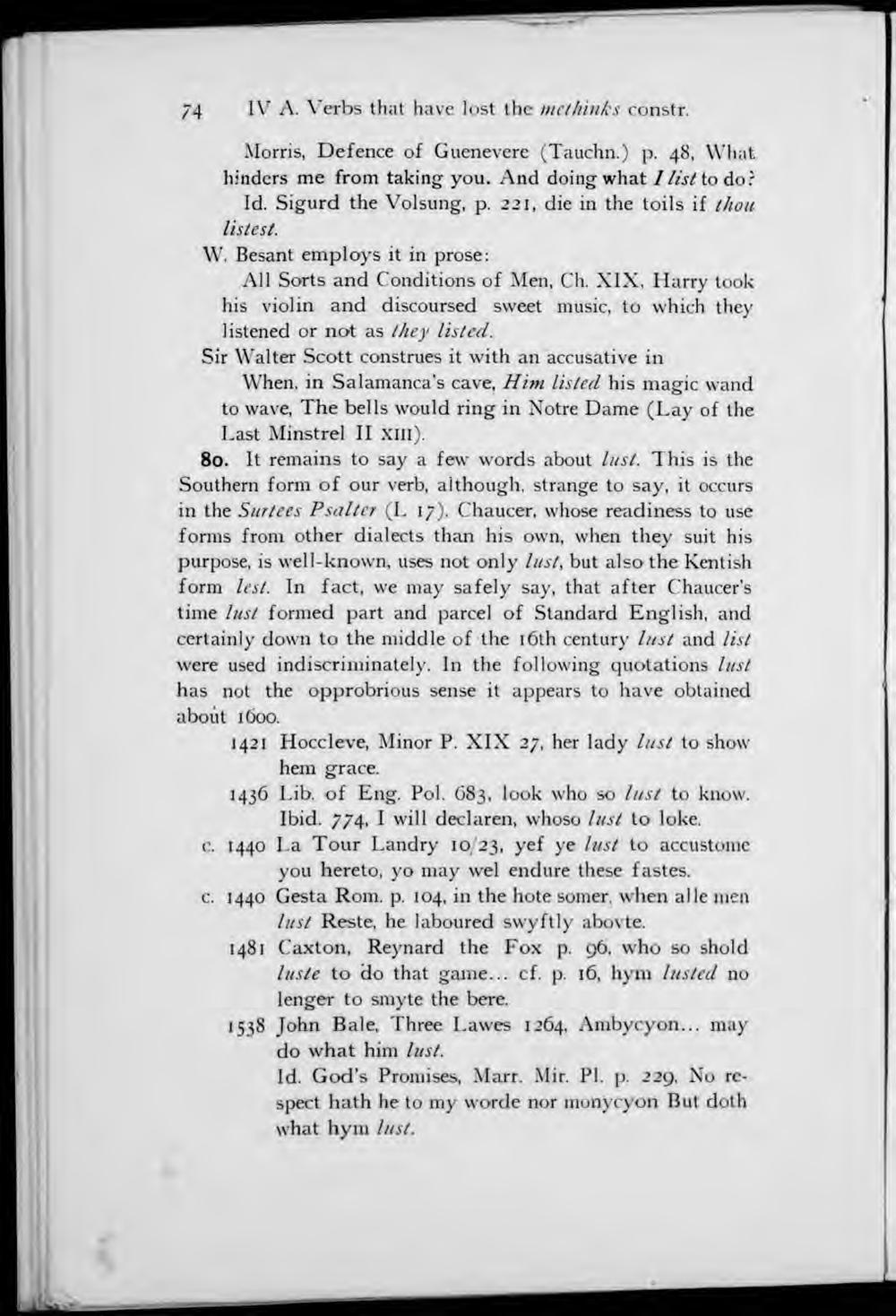 Morris, Defence of Guenevere (Tauchn.) p. 48, What hinders me from taking you. And doing what 1 list to do?

W. Besant employs it in prose:

All Sorts and Conditions of Men, Ch. XIX, Harry took his violin and discoursed sweet music, to which they listened or not as they lisled.

Sir Walter Scott construes it with an accusative in

When, in Salamanca's cave, Him lisled his magie wand to wave, The bells would ring in Notre Dame (Lay of the Last Minstrel II Xlll).

80. It remains to say a few vvords about lust. This is the Southern form of our verb, although, strange to say, it occurs in the Sur te es Psalter (L 17). Chaucer, whose readiness to use forms from other dialects than his own, when they suit his purpose, is well-known, uses not only lust, but alsothe Kentish form lest. In fact, we may safely say, that after Chaucer's time lust formed part and parcel of Standard English, and certainly down to the middle of the lóth century lust and list were used indiscriminately. In the following quotations lust has not the opprobrious sense it appears to have obtained about 1600.

you hereto, yo may wel endure these fastes. c. 1440 Gesta Rom. p. 104, in the hote somer, when alle men lust Reste, he laboured swyftly abovte.

Id. God's Promises, Marr. Mir. PI. p. 229, No respect hath he to my worde nor monycyon But doth what hym lust.