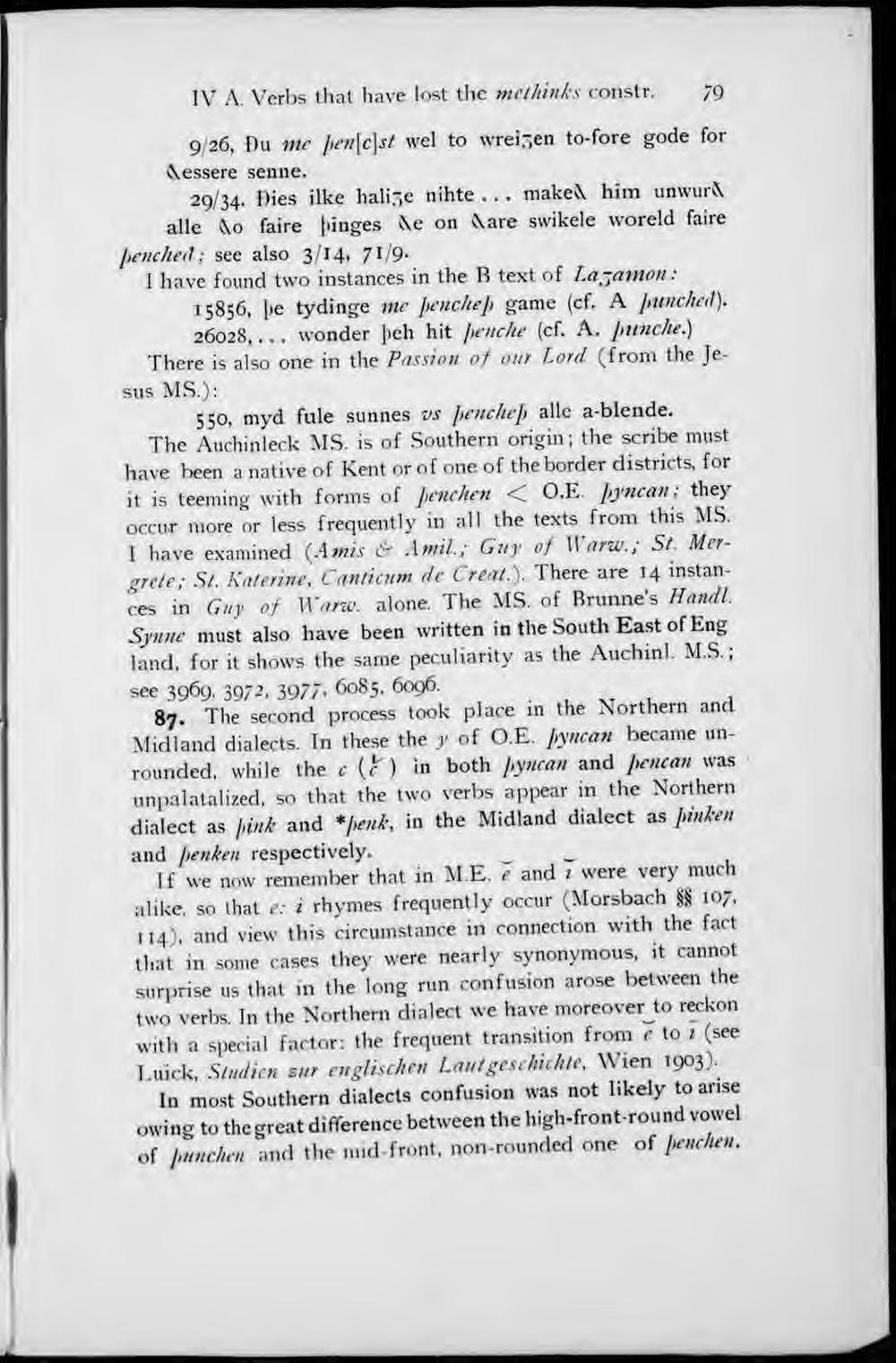 I have found two instances in the B text of Lat)amon.

550, myd fule sunnes vs [>enchep alle a-blende. The Auchinleck MS. is of Southern origin; the scribe must have been a native of Kent or of one of the border districts, for it is teeming with forms of pene hen < O.E. pyncan; they occu.r more or less frequently in all the texts from this MS. I have examined (Amis &■ Amil; Guy of Warw.; St. Mergrete; Sl. Ka/erine, Canticnm de Creal.). There are 14 instances in Guy of Warw. alone. The MS. of Brunne's Handl Symie must also have been written in the South Kast of Eng land, for it shows the same peculiarity as the Auchinl. M.S.;

87. The second process took place in the Northern and

Midland dialects. In these the y of O.E. pyncan became un-

rounded. while the c (c ) in both pyncan and pencan was

unpalatalized, so that the two verbs appear in the Northern

If we now remember that in M.E. ^ and 1 were very much alike. so that e: i rhymes frequently occur (Morsbach 107. 114), and view this circumstance in connection with the fact that in some cases they were nearly synonymous, it cannot surprise us that in the long run confusion arose between the two verbs In the Northern dialect we have moreoverjo ra-kon with a special factor: the frequent transition from << to * (see Luick, Studiën zur englischen Lautgeschichte, Wien 1903).

In most Southern dialects confusion was not likely toanse owing to the great difference between the high-front-round vowel of punchen and the mid-front, non-rounded one of pene hen.