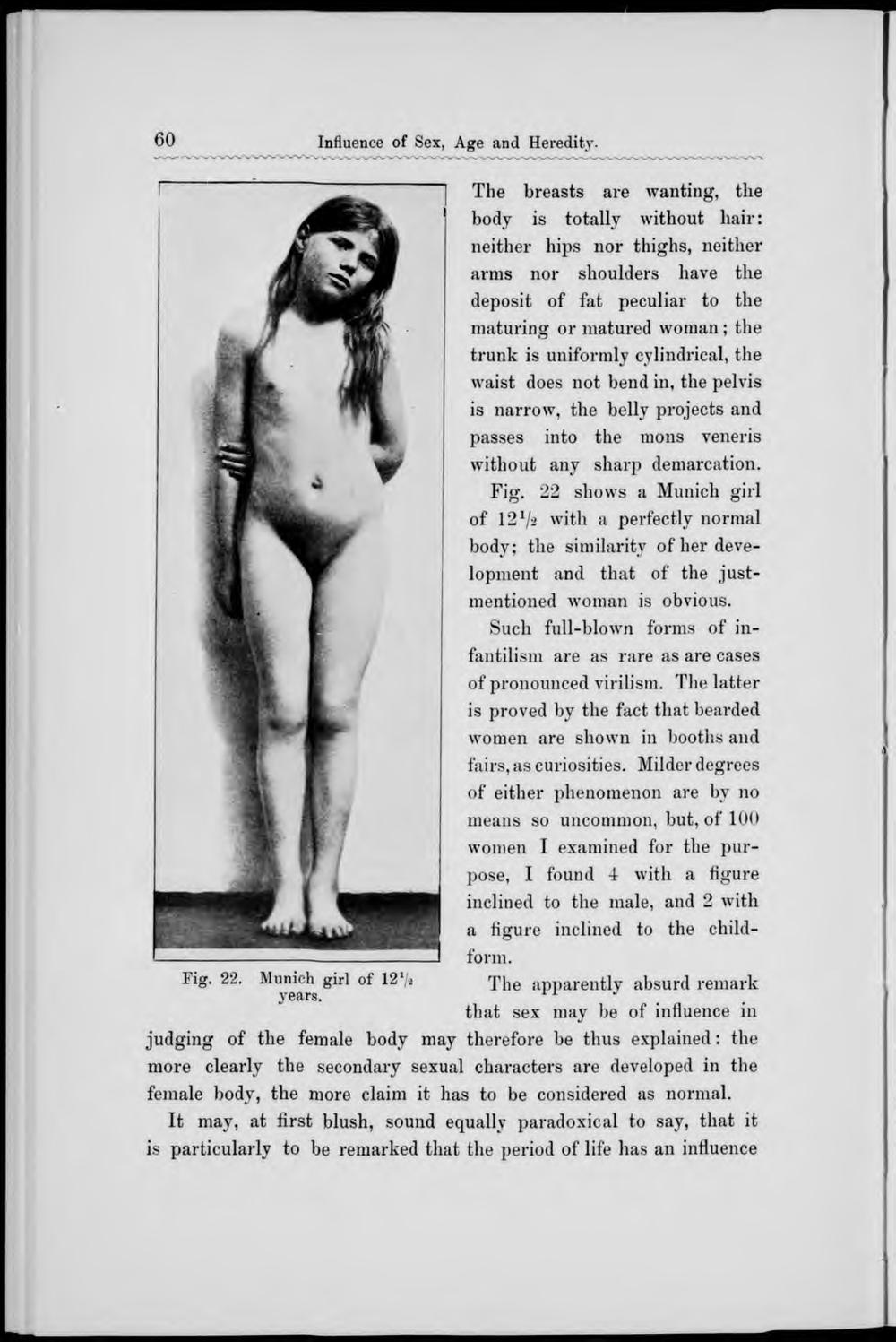 that sex may be of influence in

judging of the female body may therefore be thus explained: the

more clearly the secondary sexual characters are developed in the

female body, the more claim it lias to be considered as normal.

It may, at first blush, sound equally paradoxical to say, that it

The breasts are wanting, the body is totally without hair: neither hips nor thighs, neither arms nor shoulders have the deposit of fat peculiar to the maturing or matured woraan; the trunk is uniformly cylindrical, the waist does not bend in, the pelvis is narrow, the belly projects and passes into the mons veneris without any sharp demarcation.

Fig. 22 shows a Munich girl of 12 Va with a perfectly normal body; the similarity of her development and that of the justmentioned woman is obvious.

Such full-blown forms of infantilism are as rare as are cases of pronounced virilism. The latter is proved by the fact that bearded women are shown in booths and fairs, as curiosities. Milder degrees of either phenomenon are by no means so uncommon, but, of 100 women I examined for the purpose, I found 4 with a figure inclined to the male, and 2 with a figure inclined to the childform.