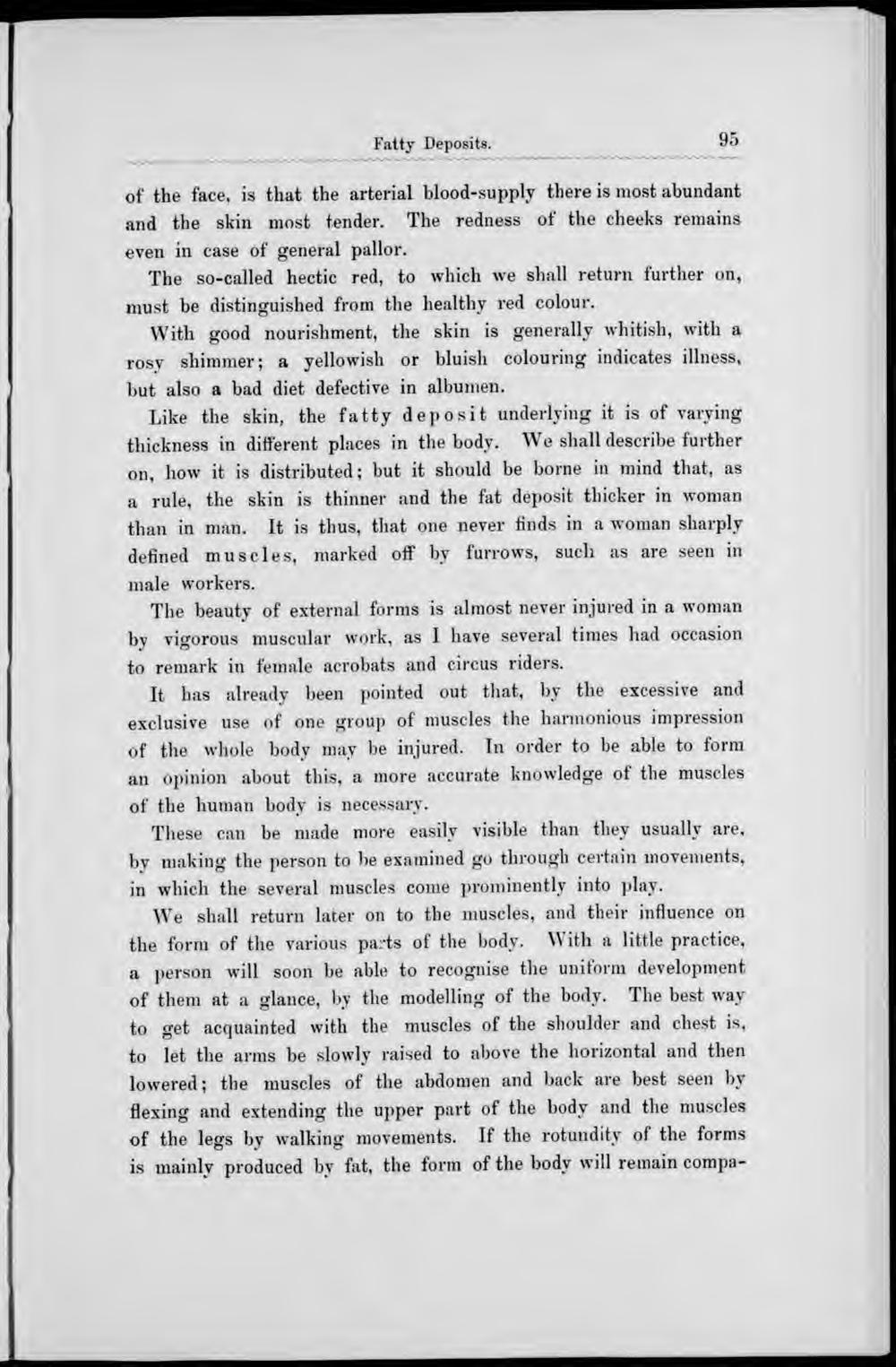 of the face, is that the arterial blood-supplv there is most abundant and the skin most tender. The redness of the cheeks remains even in case of general pallor.

The so-called hectic red, to which we shall return further on, must be distinguished from the healthy red colour.

With good nourishment, the skin is generalij whitish, with a rosy shimmer; a yellowish or bluish colouring indicates illness, but also a bad diet defective in albumen.

Like the skin, the fatty deposit underlying it is of varying thickness in different places in the body. We shall describe further on, how it is distributed; but it should be borne in mind that, as a rule, the skin is thinner and the fat deposit thicker in woman than in man. It is thus, that one never finds in a woman sharply defined muscles, marked off by furrows, sucli as are seen in male workers.

The beauty of external forms is almost never injured in a woman bv vigorous muscular work, as I have several times had occasion to remark in female acrobats and circus riders.

It has alreadv been pointed out that, by the excessive and exclusive use of one group of muscles the harmonious inipression of the whole body may be injured. In order to be able to form an o])inion about this, a more accurate knowledge of the muscles of the human body is necessary.

These can be made more easilv visible than tliey usuallv are, by making the person to be examined go through certain movements, in which the several muscles come prominently into play.