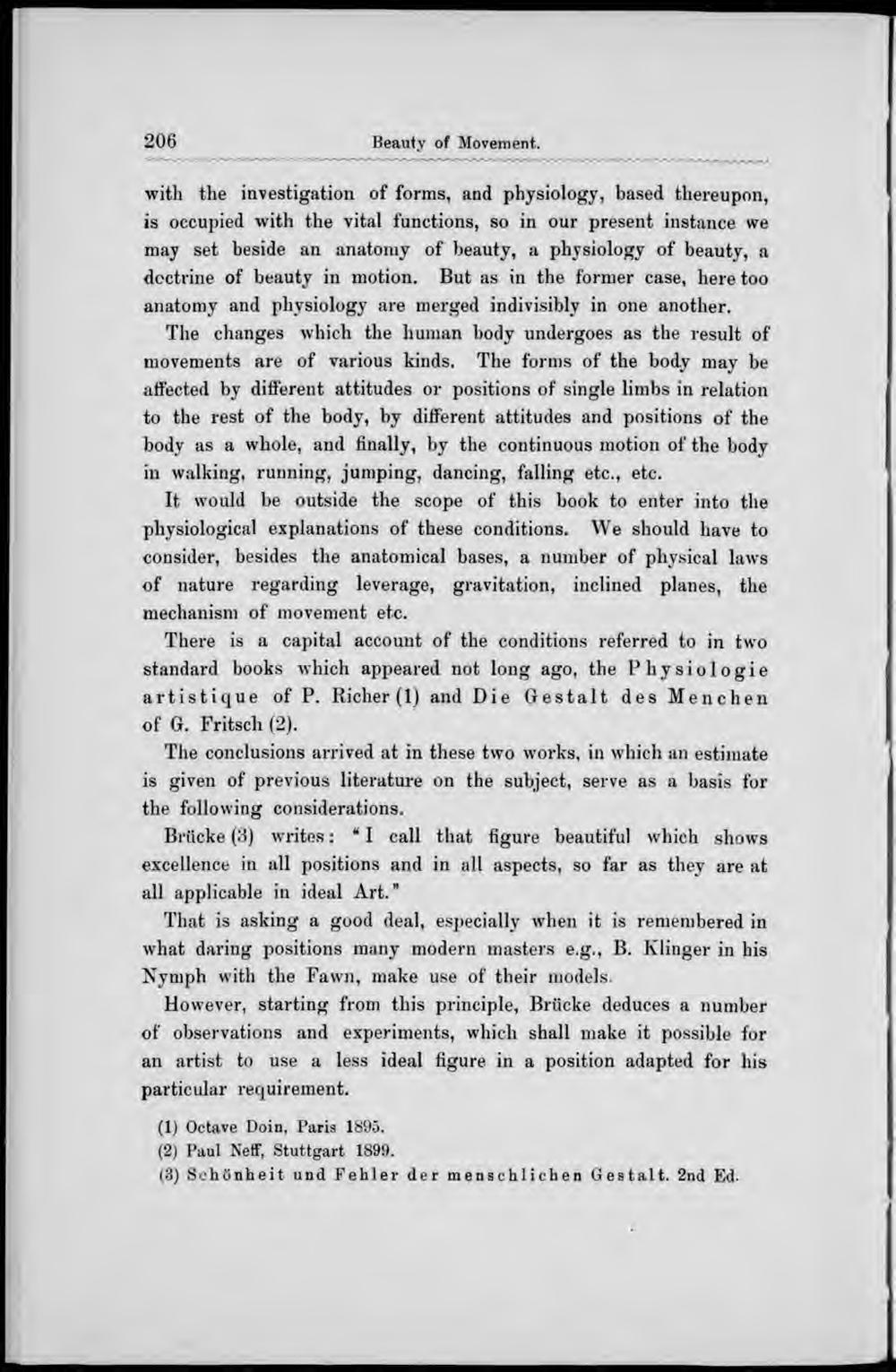 with the investigation of forms, and physiology, based thereupon, is occupied with the vital functions, so in our present instance we may set beside an anatomy of beauty, a physiology of beauty, a doctrine of beauty in motion. But as in the former case, here too anatomy and physiology are merged indivisibly in one another.

It would be outside the scope of this book to enter into the physiological esplanations of these conditions. We should have to consider, besides the anatomical bases, a number of physical laws of nature regarding leverage, gravitation, inclined planes, the mechanism of movement etc.

There is a capital account of the conditions referred to in two standard books which appeared not long ago, the Physiologie artistique ofP. Richer (1) and Die Gestalt des Menchen of G. Fritsch (2).

The conclusions arrived at in these two works, in which an estiniate is given of previous literature on the subject, serve as a basis for the following considerations.

Brücke (3) writes: " I call that figure beautiful which shows excellence in all positions and in all aspects, so far as they are at all applicable in ideal Art."

That is asking a good deal, especially when it is remembered in what daring positions many modern masters e.g., B. Klinger in his Nymph with the Fawn, make use of their models.

However, starting from this principle, Brücke deduces a number of observations and experiments, which shall make it possible for an artist to use a less ideal figure in a position adapted for his particular requirement.