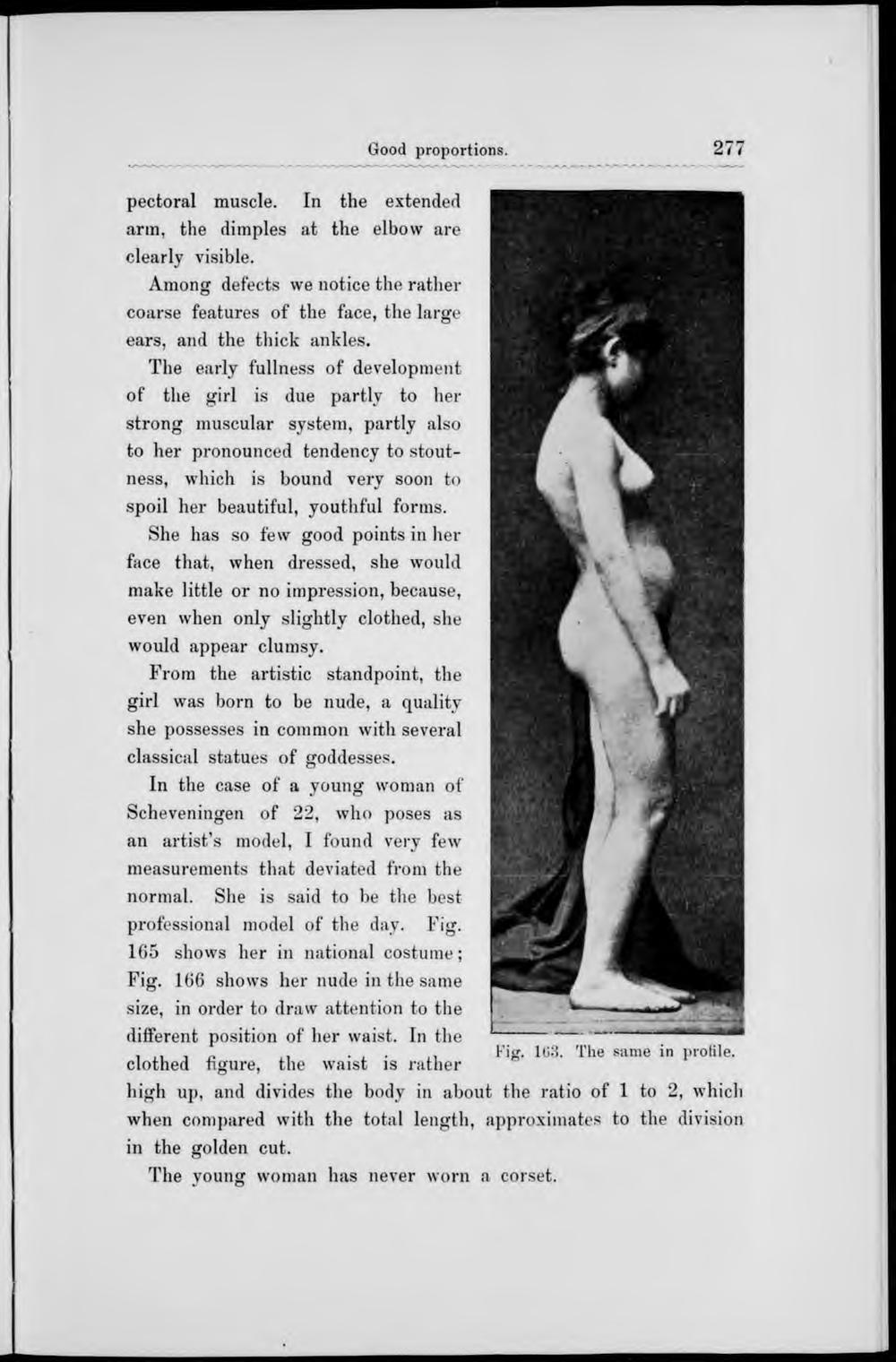 pectoral muscle. In the extended arm, the dimples at the elbow are clearly visible.

Among defects we notice the rather coarse features of the face, the large ears, and the thick ankles.

The early fullness of development of the girl is due partly to her strong muscular system, partly also to her pronounced tendency to stoutness, which is bound very soon to spoil her beautiful, youthful forms.

She has so few good points in her face that, when dressed, she would make little or no impression, because, even when only slightly clothed, she would appear clurnsy.

From the artistic standpoint, the girl was born to be nude, a quality she possesses in common with several classical statues of goddesses.

In the case of a young woman of Scheveningen of 22, who poses as an artist's model, I found very few measurements that deviated from the normal. She is said to be the best professional model of the day. Fig. 165 shows her in national costume; Fig. 166 shows her nude in the same size, in order to draw attention to the different nosition of her waist. In the

clothed ngure, the waist is rather

high up, and divides the body in about the ratio of 1 to 2, which when compared with the total length, approxiniates to the division

in the golden cut.

The young woman has