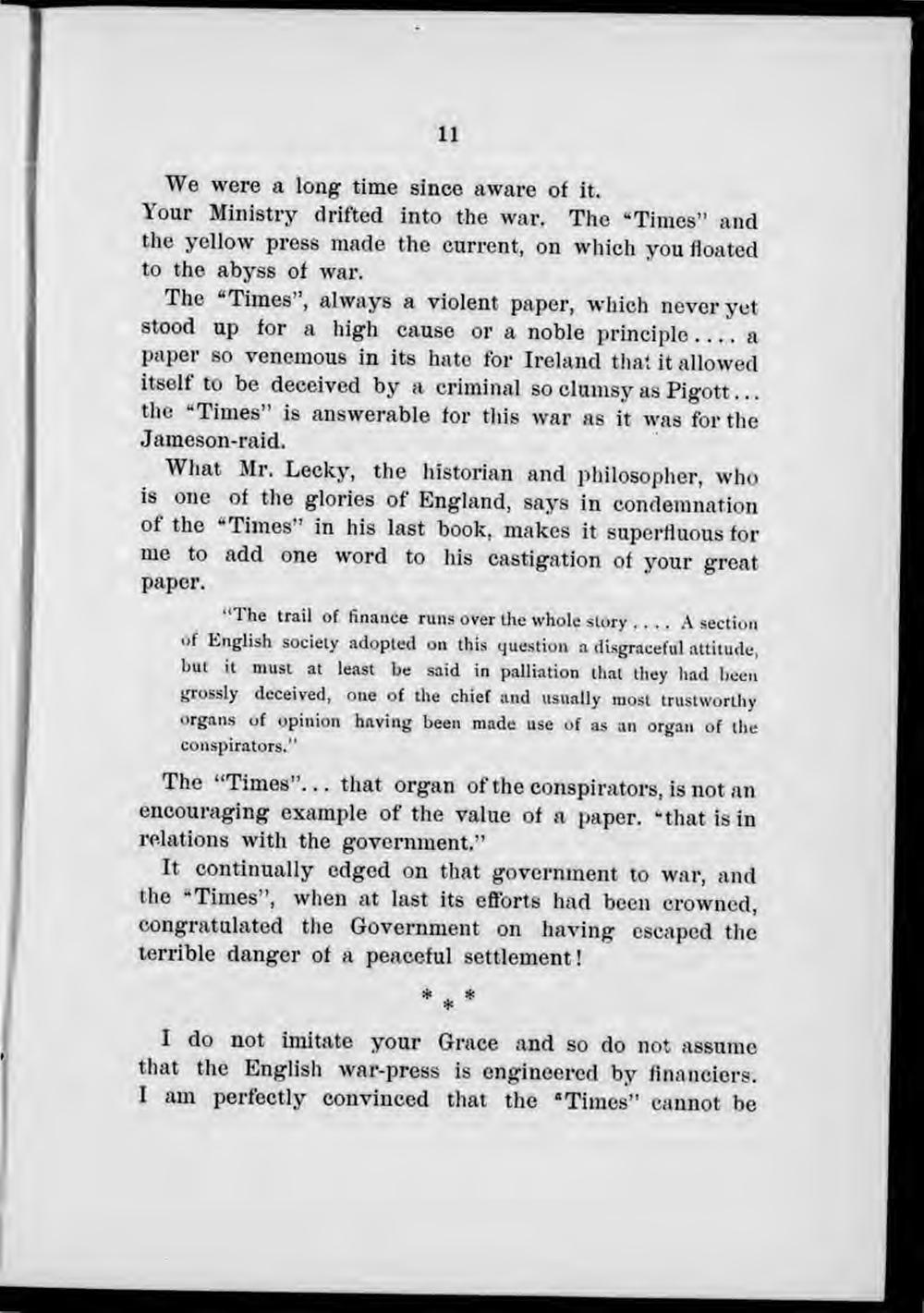 We were a long time since aware of it.

Your Ministry drifted into the war. The "Times" and the yellow press made the current, on which you floated to the abyss of war.

The Times', always a violent paper, which never yet

stood up for a high cause or a noble principle a

paper so venemous in its hate for Ireland that it allowed itself to be deceived by a criminal so clumsy as Pigott the "Times" is answerable for this war as it was for the Jameson-raid.

What Mr. Lecky, the historian and philosopher, who is one of the glories of England, says in condemnation of the "Times" in his last book, makes it superfluous for me to add one word to his castigation of your great paper.

"The trail of finance runs over the whole story .. .. A section of English society adopted on this cjuestion a disgraceful attitude, but it must at least be said in palliation that they had been grossly deceived, one of the chief and usually most trustworthy organs of opinion having been made use of as an orgau of the conspirators."

The "Times"... that organ of the conspirators, is not an encouraging example of the value of a paper, "that is in relations with the government."

It continually edged on that government to war, and the "Times", when at last its efforts had been crowned, congratulated the Government on having escaped the terrible danger of a peaceful settlement!

I do not imitate your Grace and so do not assume that the English war-press is engineered by financiers. I am perfectly convinced that the "Times" cannot be