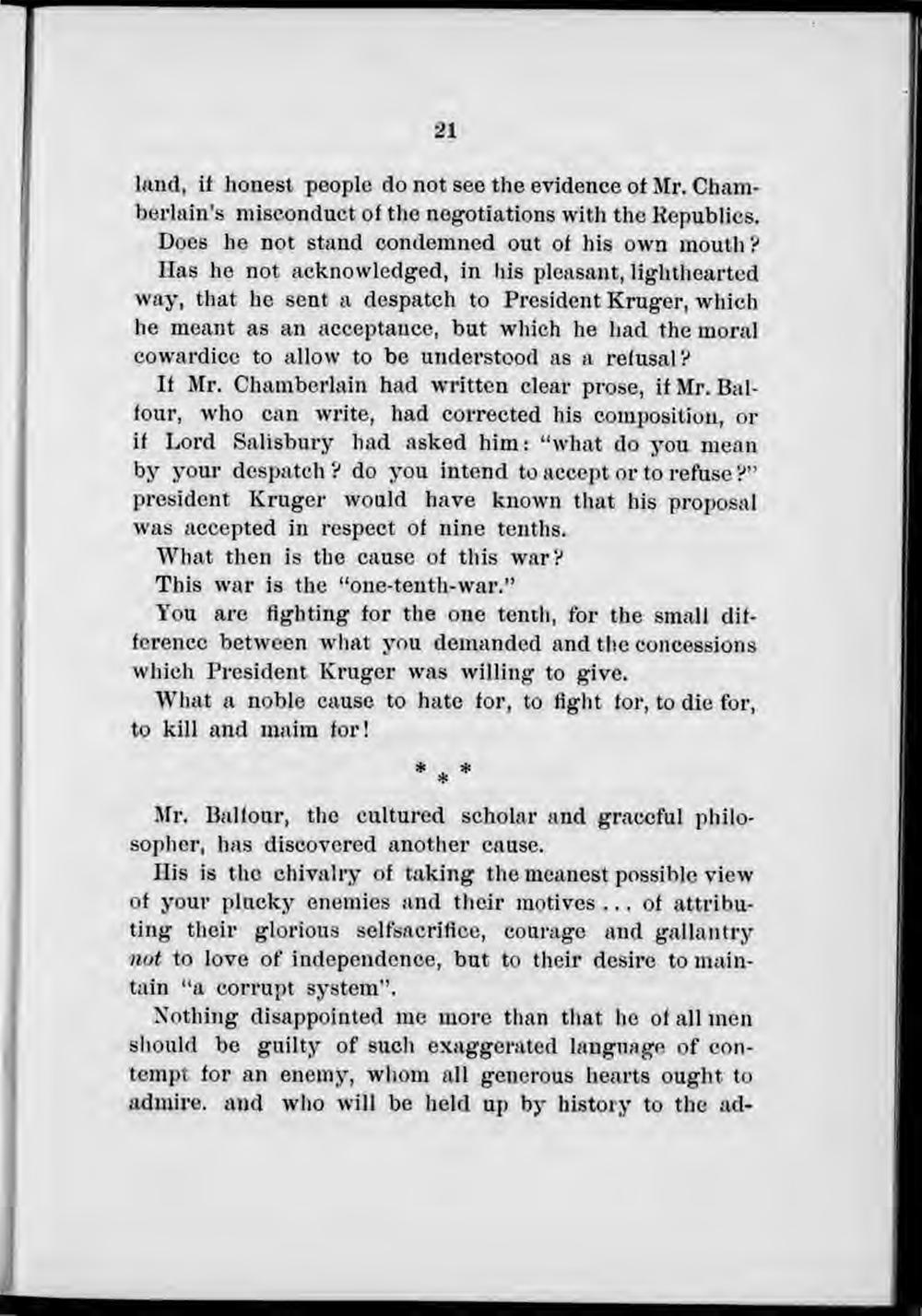 land, if honest people do not see the evidence of Mr. Chamberlain's misconduct of the negotiations with the Republics.

Does he not stand condemned out of his own mouth?

lias he not acknowledged, in his pleasant, lighthearted way, that he sent a despatch to President Kruger, whieh he meant as an acceptance, but which he had the moral cowardice to allow to be understood as a refusal?

If Mr. Chamberlain had written clear prose, if Mr. Balfour, who can write, had corrected his composition, or if Lord Salisbury had asked him: "what do you mean by your despatch? do you intend to accept or to refuse ?" president Kruger would have known that his proposal was accepted in respect of nine tenths.

What then is the cause of this war?

This war is the "one-tenth-war."

You are fighting for the one tenth, for the small difference between what you demanded and the concessions which President Kruger was willing to give.

What a noble cause to hate for, to light for, to die for, to kill and maim for!

Mr. Balfour, the cultured scholar and graccful philosopher, has discovered another cause.

His is the chivalry of taking the meanest possible view of your plucky enemies and their motives ... of attributing their glorious selfsacriflce, courage and gallantry not to love of independence, but to their desire to maintain "a corrupt system".

Nothing disappointed me more than that he of all men should be guilty of sucli exaggerated language of contempt for an enemy, wliom all generous hearts ouglit to admire. and who will be held up by history to the ad-