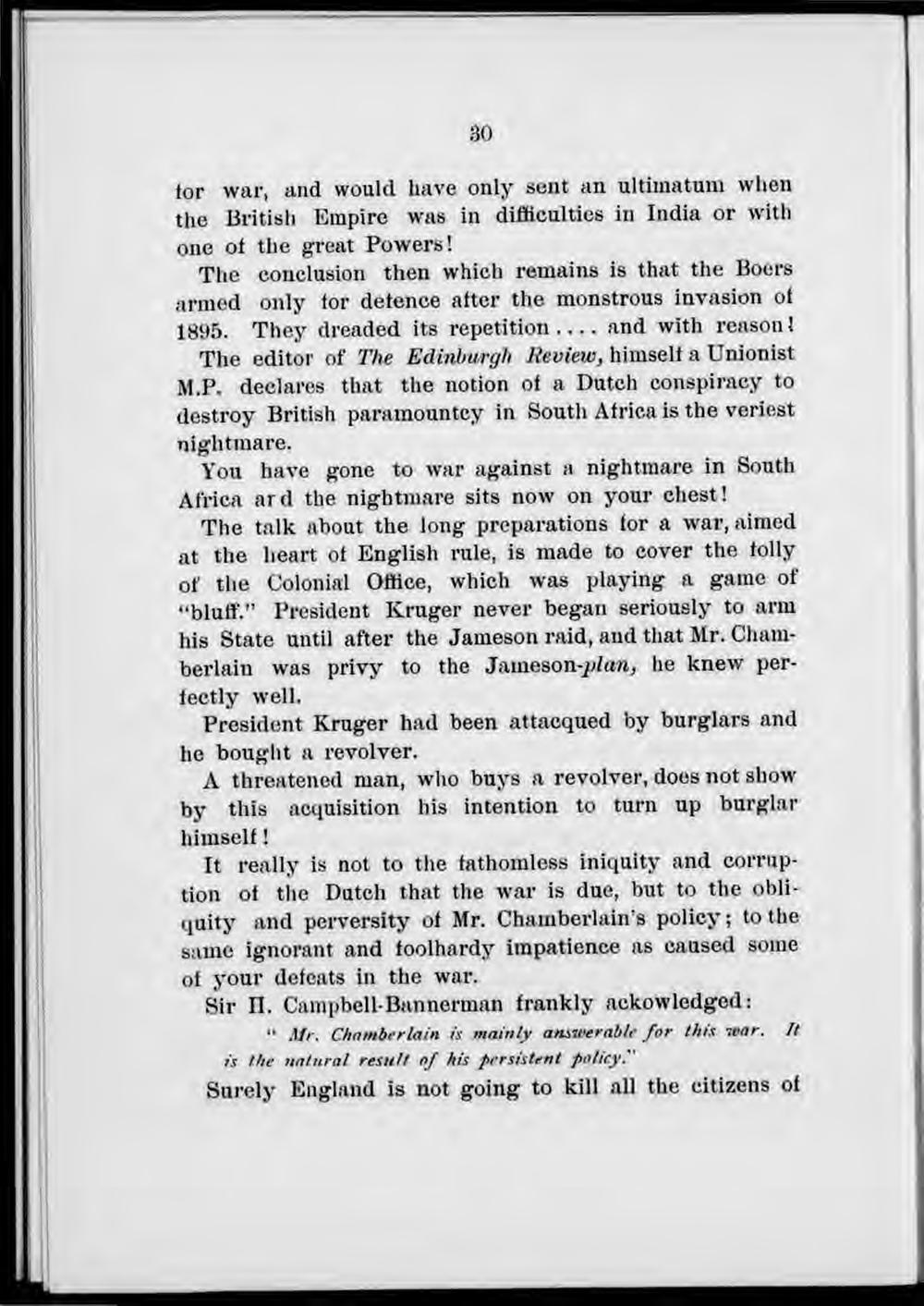 for war, and would have only sent an ultimatum wlien the British Empire was in difficulties in India or with one ot the great Powers!

The conclusion then which remains is that the Boers armed only tor detence after the monstrous invasion of 1895. They dreaded its repetition and with reasonl

The editor of The Edinburgh Review, himself a Unionist M.P. declares that the notion of a Dutch conspiracy to destroy British paramountcy in South Africa is the veriest nightmare.

You have gone to war against a nightmare in South Africa ard the nightmare sits now on your cliest!

The talk about the long prcparations for a war, aimed at the lieart of English rule, is made to cover the folly of the Colonial Office, which was playing a game of "bluff." President Kruger never began seriously to arm his State until after the Jameson raid, and that Mr. Chamberlain was privy to the Jaineson-^>7aw, he knew perfectly well.

President Kruger had been attacqued by burglars and he bought a revolver.

A threatened man, who buys a revolver, does not show by this acquisition his intention to turn up burglar himself!

It really is not to the fathomless iniquity and corruption of the Dutch that the war is due, but to the obliquity and perversity of Mr. Chamberlain's policy; to the same ignorant and foolhardy impatience as caused some of your defeats in the war.

" Mr. Chamberlain is tnainly answerable for this war. It is the natural result of his persistent policy. '

Surely England is not going to kill all the citizens of