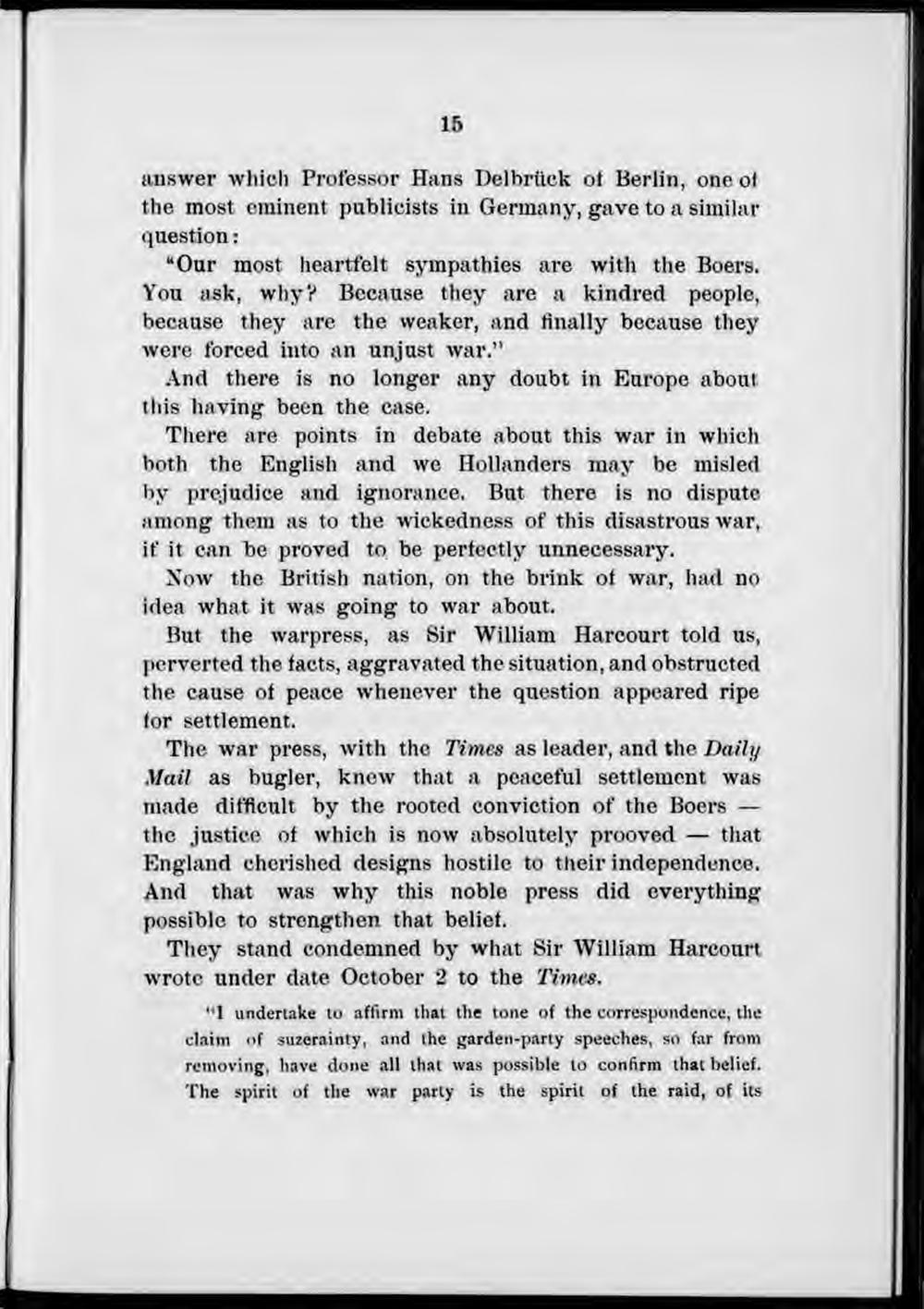 answer wliich Professor Hans Delbrtick of Berlin, one of the most eminent publieists in Germany, gave to a similar question:

"Our most heartfelt sympathies are with the Boers. You ask, wliy? Because they are a kindred people, beeause they are the weaker, and finally because they were forced into an unjust war."

And there is no longer any doubt in Europe about this having been the case.

There are points in debate about this war in which both the English and we Hollanders may be misled by prejudice and ignorance. But there is no dispute among them as to the wickedness of' this disastrous war, it' it can be proved to be perfectly unnecessary.

Xow the British nation, on the brink of war, had no idea what it was going to war about.

But the warpress, as Sir William Harcourt told us, perverted the facts, aggravated the situation, and obstructed the cause of peace whenever the question appeared ripe for settlement.

The war press, with the Times as leader, and the Daily Mail as bugier, knew that a peaceful settlement was made difficult by the rooted conviction of the Boers — the justice of which is now absolutely prooved — that England cherished designs hostile to their independence. And that was why this noble press did everything possible to strengthen that belief.

They stand condemned by what Sir William Harcourt wrote under date October 2 to the Times.

"I undertake to aftirm that the tone of the correspondence, the claim of suzerainty, and the garden-party speeches, so far from removing, have done all that was possible to confirm that belief. The spirit of the war party is the spirit of the raid, of its