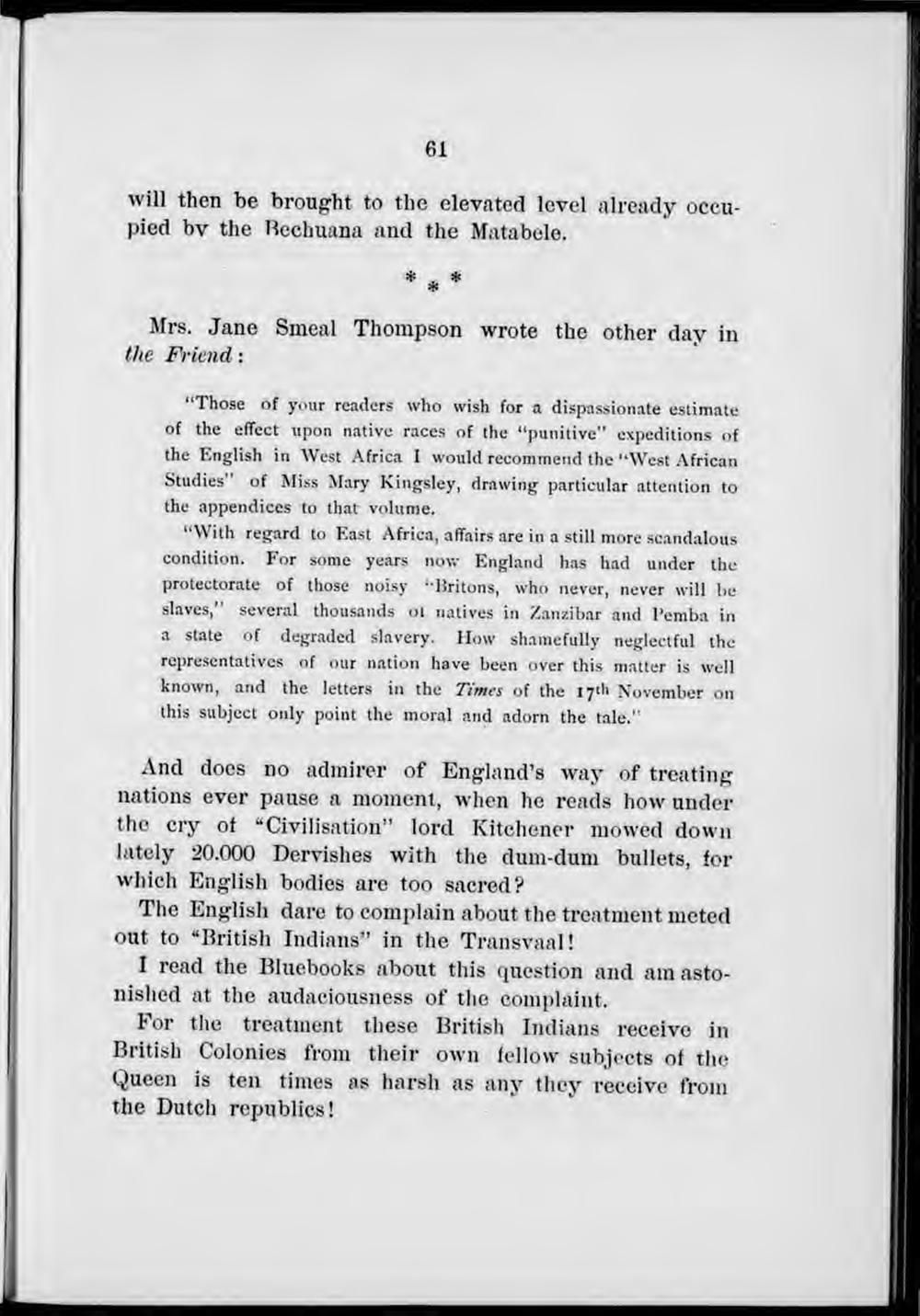 will then be brought to the elevated lovel already occupied bv the Rechuana and the Matabele.

Mrs. Jane Smeal Thompson wrote the other day in the Friend:

"Those of your readers who wish for a dispassionate estimate of the effect upon native races of the "punitive" expeditions of the English in West Africa I would recommend the "West African Studies" of Miss Mary Kingsley, drawing particular attention to the appendices to that volume.

"With regard to East Africa, affairs are in a still more scandalous condition. For some years now England has had under the protectorate of those noisy '-Britons, who never, never will be slaves, several thousauds ot natives in Zanzibar and Pemba in a state of degraded slavery. How shamefully neglectful the representatives of our nation have been over this matter is well known, and the letters in the Times of the 171'1 November on this subject only point the moral and adorn the tale."

And does no admirer of England's way of treating nations ever paase a moment, when he reads how under the cry of "Civilisation" lord Kitchencr mowed down lately 20.000 Dervishes with the dum-dum bullets, for which English bodies are too sacred?

The English dare to eomplain about the treatment meted out to "British Indians" in the Transvaal!

I read the Bluebooks about this qnestion and amastonislied at the audaciousness of the complaint.

For the treatment these British Indians receive in British Colonies from their own fellow subjects of the Queen is ten times as harsh as any they receive from the Dutch republics!