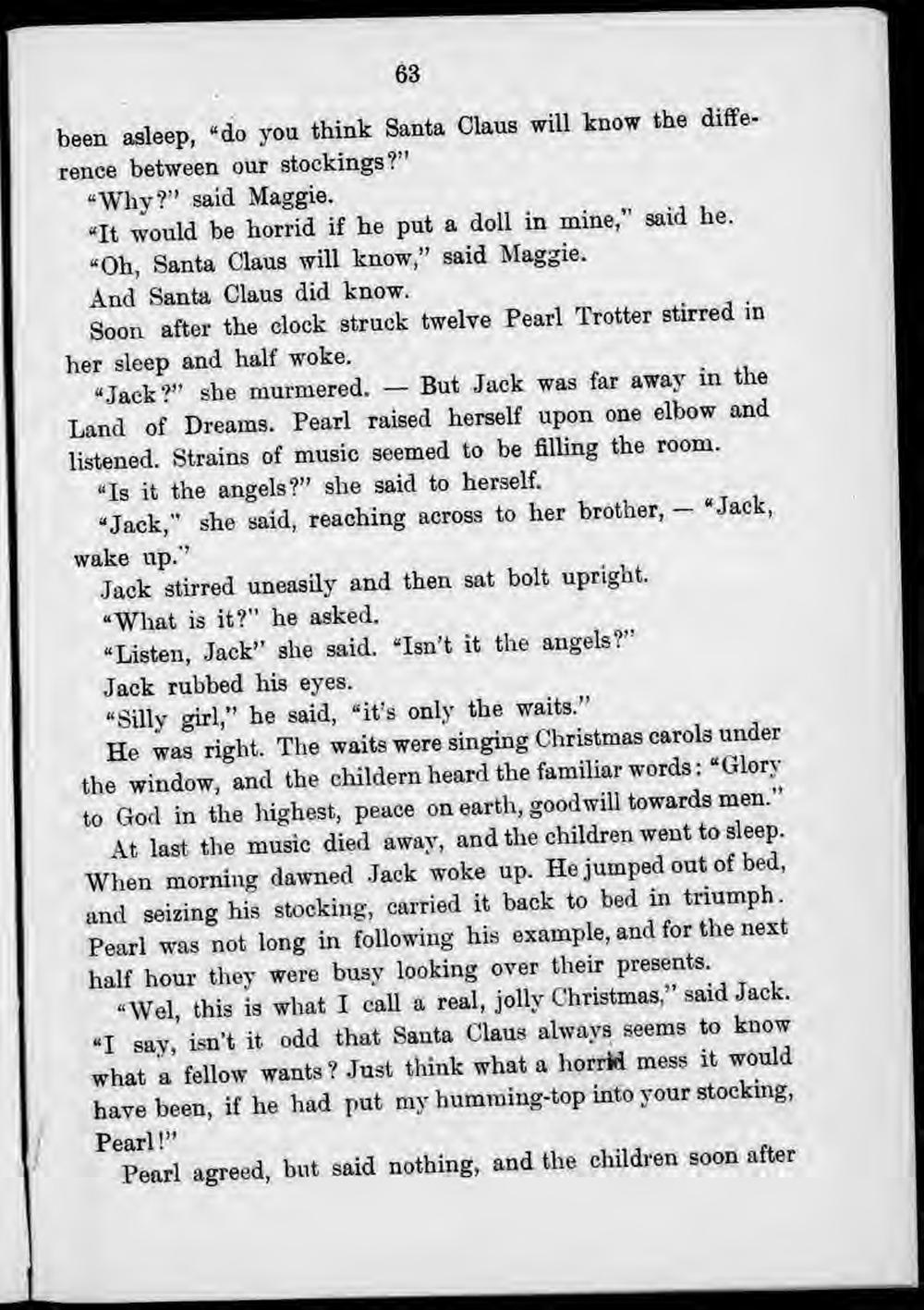 been asleep, «do you think Santa Claus will know the difference between our stockings?"

alt would be horrid if he put a doll in mine," said he.

And Santa Claus did know. .

Soon after the clock struck twelve Pearl Trotter stirred in

her sleep and half woke.

Land of Dreams. Pearl raised herself upon one elbow and listened. Strains of music seemed to be filling the room.

"Is it the angels?" she said to herself.

"Jack," she said, reaching across to her brother, - "Jack,

He was right. The waits were singing Christmas carols under the window, and the childern heard the familiar words: "Glory to God in the highest, peace on earth, goodwill towards men.

U last the music died away, and the children went to sleep. When morning dawned Jack woke up. He jumped out of bed, and seizing his stocking, carried it back to bed in triump . Pearl was not long in following his example, and for the next half hour they were busy looking over their presents.

"Wel this is what I call a real, jollv Christmas, said Jack. "I say' isn't it odd that Santa Claus always seems to know what a' fellow wants? Just think what a horrid mess it would have been, if he had put my humming-top into your stockmg,

Pearl agreed, but said nothing, and the children soon after