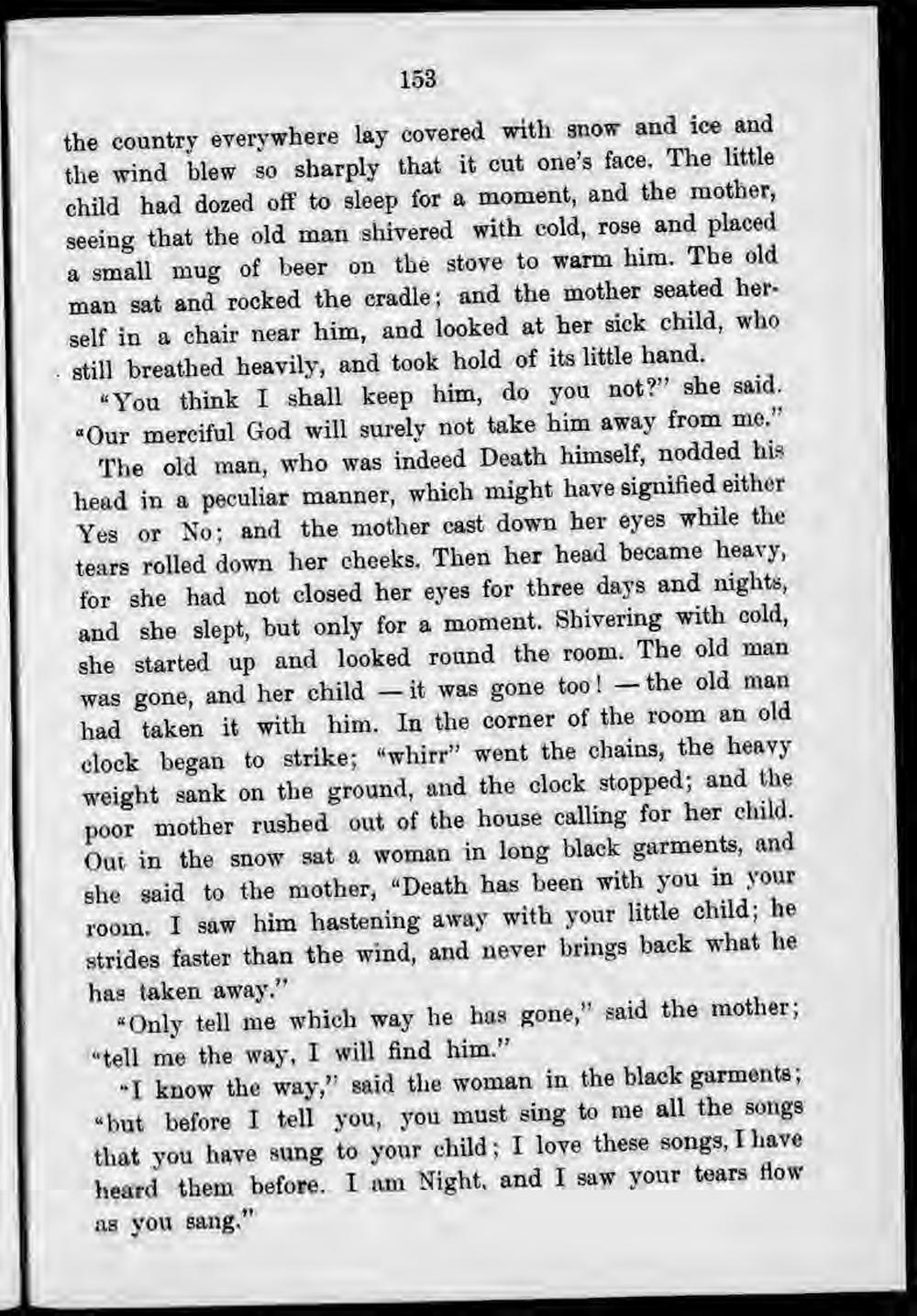 the country everywhere lay covered with snow and ice and the wind blew so sharply that it cut one's face. The little child had dozed off to sleep for a moment, and the mother, seeing that the old man shivered with cold, rose and placed a small mug of beer on the stove to warm him. The old man sat and rocked the cradle; and the mother seated herself in a chair near him, and looked at her sick child, who . still breathed heavily, and took hold of lts httle hand.

«You think I shall keep him, do you not?" she said. «Our merciful God will surely not take him away from me.

The old man, who was indeed Death himself, nodded his head in a peculiar manner, which might have signified either Yes or No- and the mother cast down her eyes while the tears rolled down her cheeks. Then her head became heavy, for she had not closed her eyes for three days and nights, and she slept, but only for a moment. Shivering with cold, she started up and looked round the room. The old man was gone, and her child - it was gone too! - the old man had taken it with him. In the corner of the room an old clock began to strike; "whirr" went the chains, the heavy weight sank on the ground, and the clock stopped; and the poor mother rushed out of the house calling for her child Out in the snow sat a woman in long black garments, and she said to the mother, «Death has been with you myour room I saw him hastening away with your httle child; he strides faster than the wind, and never brings back what he

"Only teil me which way he has gone," said the motier,

"I know the way," said the woman in the black garments; «but before I teil you, you must sing to me all the songs that you have sung to your child; I love these songs, I have heard them before. I am Night, and I saw your tears flow