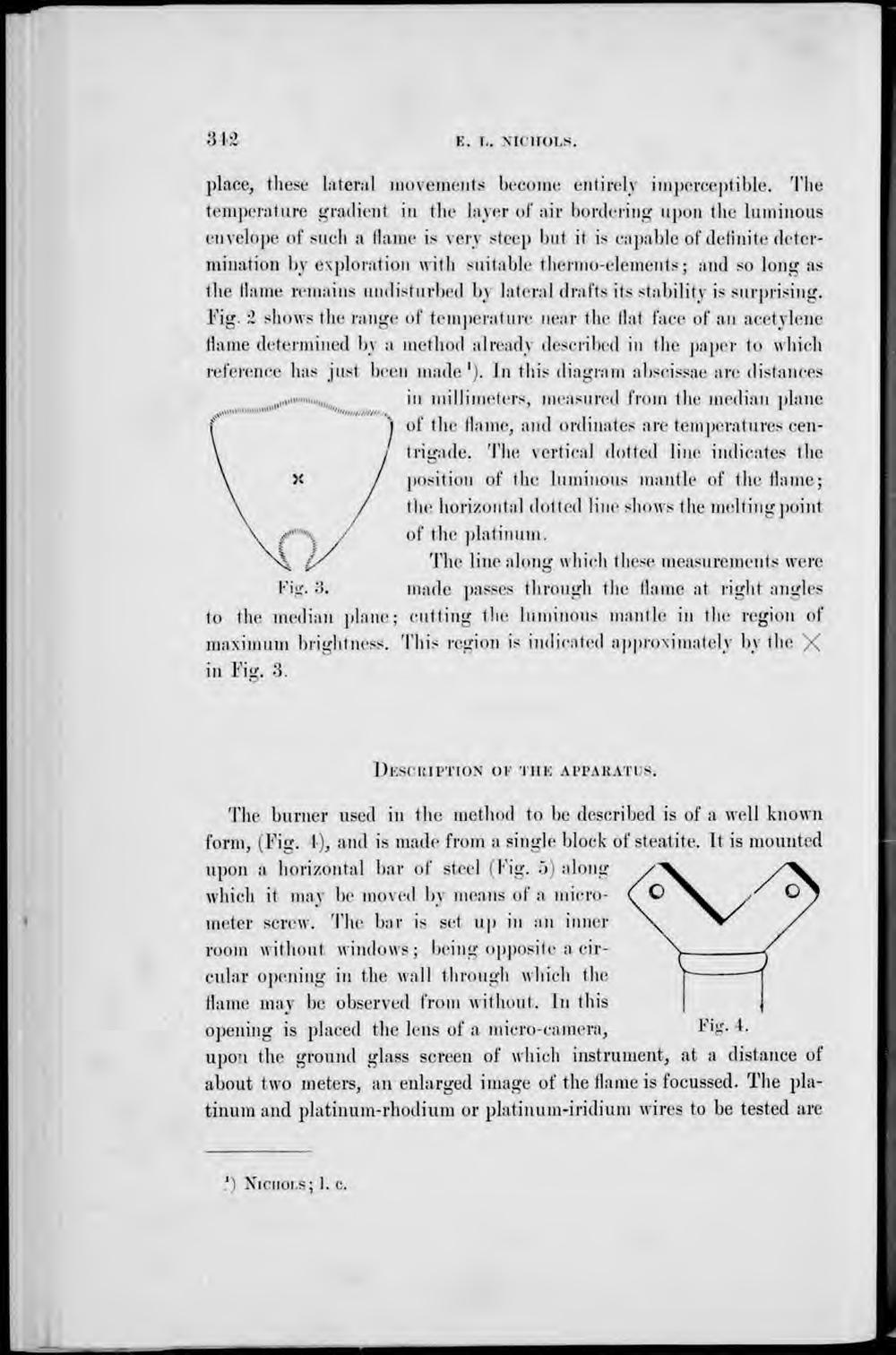 place, these lateral moveineiits become entirely imperceptible. The temjierature gradiënt in the layer of' air bordering upon the luminous envelope of such a flame is very stcep but it is capable of definite determination by exploration with snitable thermo-elements; and so long as the flame remains undisturbed by lateral drafts its stability is surprising. Fig. 2 shows the range of temperature near the flat face of au acetylene flame detenniued bv a method already described in the paper to wliich reference lias just been made1). In tliis diagram abscissae are distanees

in millimeters, measured froni the median plane of the flame, and ordinates are temperatures centrigade. The vertical dotted line indicates the position of the luminous mantle of the flame; the horizontal dotted line shows tlie meltingpoint of the platinum.

The burner used in the method to be described is of a well known form, (Fig. I ), and is made from a single block of steatite. lt is nioiuited

upon a horizontal bar of steel (Fig. 5) along wliich it may be moved by nieans of a micrometer screw. The bar is set up in an inner room without windows; being opposite a circular opening in tlie wall through wliich the flame may be observed from without. In tliis opening is placed the lens of a micro-camera,

upon the ground glass screen of wliich instrument, at a distance of about two nieters, an enlarged image of the flame is focussed. The platinum and platinum-rhodium or platinum-iridium wires to be tested are