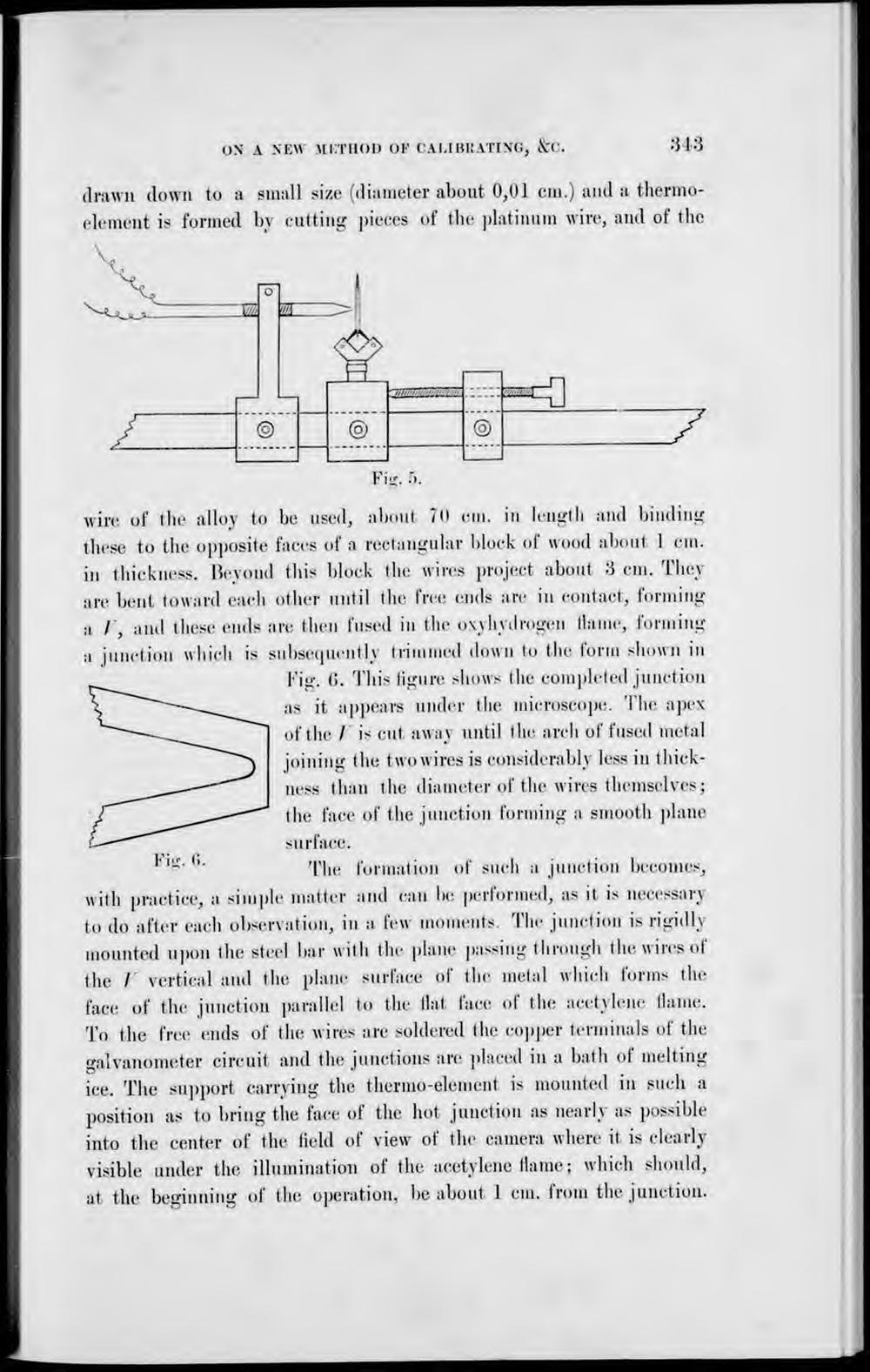 drawn down to a small size (diameter about 0,01 cm.) and a thermoelement is formed bv cutting jiieces of the platinum wire, and of tbc

wire of tlie alloy to be used, about 7(1 cm. in lengtli and binding these to the opposite faces of a rectangular block of wood about 1 cm. in thickness. Bevond tliis block the wires project about 3 cm. Tliey are bent toward each other until the free ends are in contact, forming a / , and these ends are then fnsed in the oxyhydrogen flaine, forming a junction which is subsequently trimmed down to the form sliown in

Fig. (!. Tliis tigure shows the completed junction as it appears under the microscope. The apex of the / is cut away until the arcli of fused metal joining the two wires is considerably less in thickness than the diameter of the wires themselves; the face of the junction forming a smootli ])lane surface.

The forination of such a junction becomes,

with practice, a simple matter and can be performed, as it is necessary to do aftcv cacli observation, in a few moments. The junction is rigidly mounted upon the steel bar with the plane passing through the wires of the / vertical and the plane surface of the metal which forins the face of the junction parallel to the flat face of the acetylene llame. To the free ends of the wires are soldered the copper terminals of the galvanometer circuit and the junctions are placeil in a batli ot melting ice. The support carrying the thermo-element is mounted in such a position as to bring the face of the hot junction as nearly as possible into the center of the lield of view of the camera where it is clearly visible under the illumination of the acetylene flame; which should, at the beginning of the operation, be about 1 cm. from the junction.