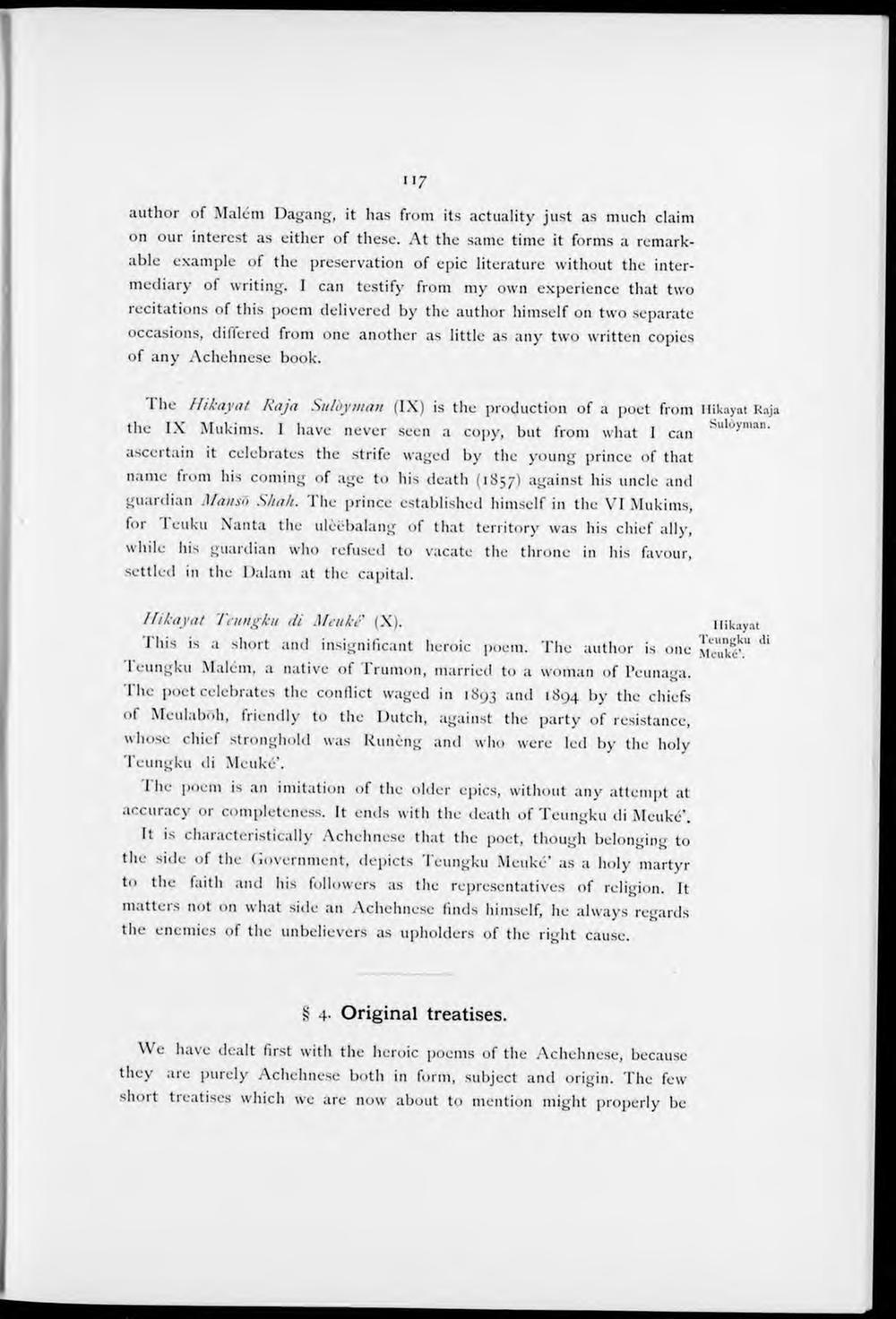 author of Malém Dagang, it has from its actuality just as much claim on our interest as either of these. At the same time it forms a remarkable example of the preservation of epic literature without the intermediary of writing. I can testify from my own experience that two recitations of this poem delivered by the author himself on two separate occasions, differed from one another as Iittle as any two written copies of any Achehnese book.

I he Hikayat Raja Sulbyman (IX) is the production of a poet from Hikayat Raja the IX Mukims. I have never seen a copy, but from what I can Sulo>m!inascertain it celebrates the strife waged by the young prince of that name from his coming of age to liis death (1857) against his uncle and guardian Mansö S/ia/i. The prince established himself in the VI Mukims,

for I euku Nanta the ulèëbalang of that territory was his chief ally,

while his guardian who refused to vacate the throne in his favour,

settled in the Dalam at the capital.

This is a short and insignificant heroic poem. The author is one Meuké\U d' 1 eungku Malém, a native of I rumon, married to a woman of Peunaga.

The poet celebrates the conflict waged in 1893 and 1894 by the chiefs of Meulaboh, friendly to the Dutch, against the party of resistancc,

1 he poem is an imitation of the older epics, without any attempt at accuracy or completeness. It ends with the death of Teungku di Meuké'.

It is characteristically Achehnese that the poet, though belonging to the side of the Government, depicts Teungku Meuké' as a holy martyr to the faith and his followers as the representatives of religion. It matters not 011 what side an Achehnese finds himself, he always regards the enemies of the unbelievers as upholders of the right cause.

We have dealt first with the heroic poems of the Achehnese, because they are purely Achehnese both in form, subject and origin. The few shoit treatises which we are now about to mention might properly be