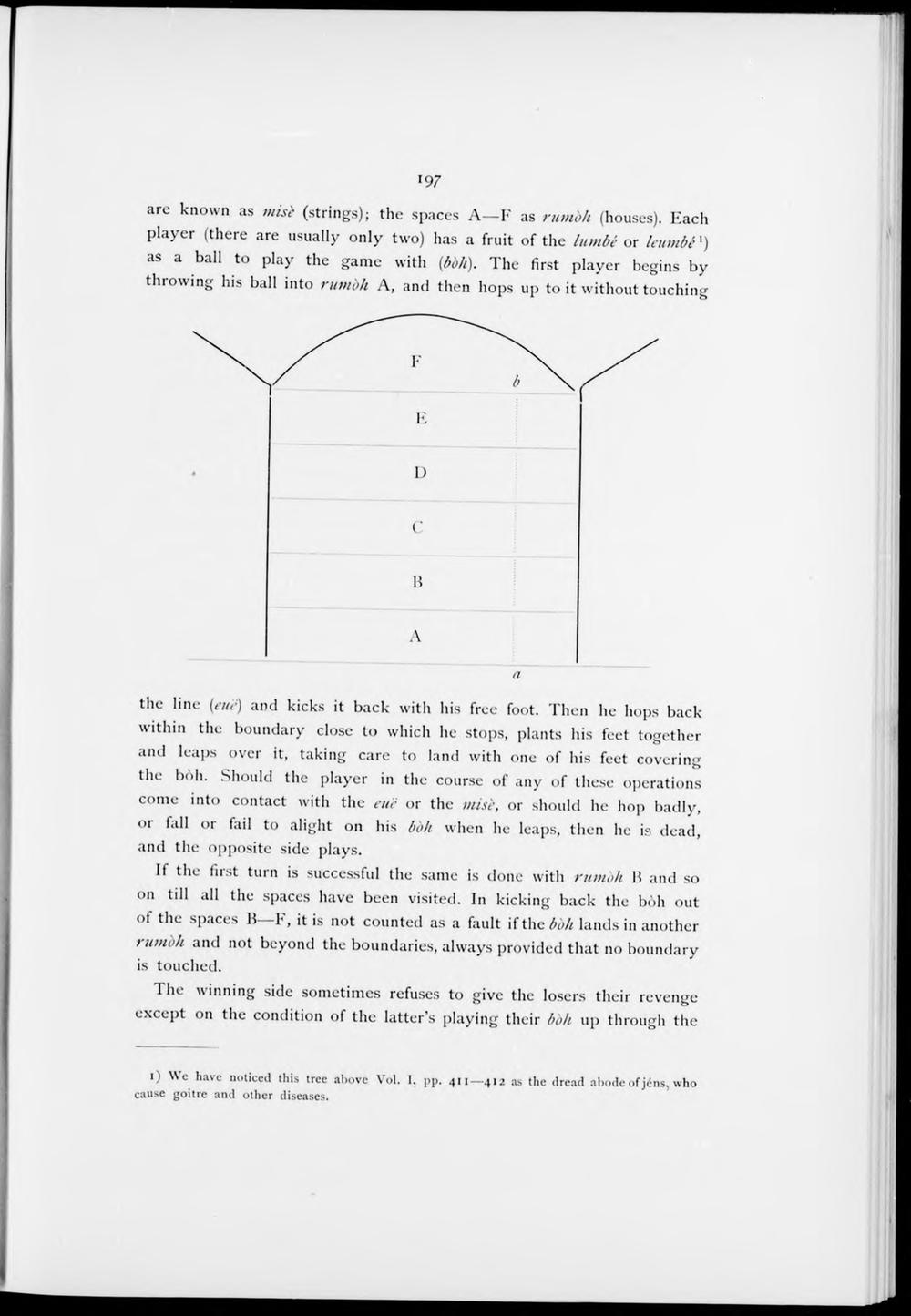 are known as misè (strings); the spaces A—F as riim'ok (houses). Each player (there are usually only two) lias a fruit of the lumbé or leumbè') as a ball to play the game with (bok). The first player begins by throwing lus ball into rumbh A, and then hops up to it without touching

the line (ene) and kicks it back with his free foot. Then he hops back within the boundary close to which he stops, plants his feet together and leaps over it, taking care to land with one of his feet covering the bóh. Should the player in the course of any of these operations come into contact with the euc or the misè, or should he hop badly, or fall or fail to alight on his bok when he leaps, then he is dead, and the opposite sidc plays.

If the first turn is successful the same is done with rurnoh B and so on till all the spaces have been visited. In kicking back the bóh out of the spaces B—F, it is not counted as a fault if the bok lands in another rumbh and not beyond the boundaries, always provided tliat no boundary is touched.

i) We have notieed this tree above Vol. I. pp. 411—412 as the dread abode of jéns, who cause goitre and other diseases.