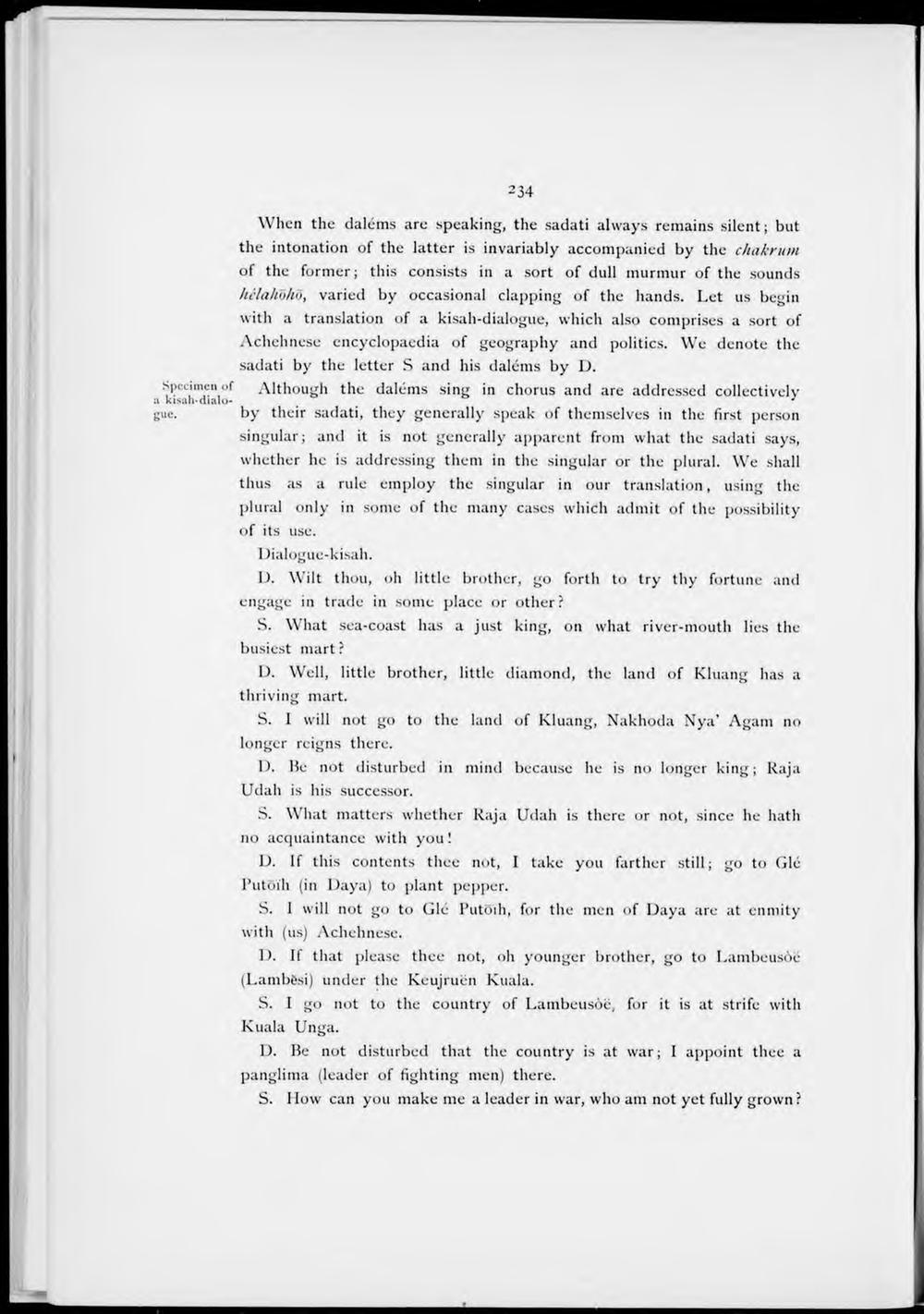 When the dalems are speaking, the sadati always remains silent; but the intonation of the latter is invariably accompanied by the chakrum of the former; this consists in a sort of dull murmur of the sounds hclahöho, varied by occasional clapping of the hands. Let us begin with a translation of a kisah-dialogue, which also comprises a sort of Achchnese encyclopaedia of geography and politics. We denote the sadati by the letter S and his dalems by D.

gue. by their sadati, they generally speak of themselves in the first person

singular; and it is not generally apparent from what the sadati says, whether he is addressing them in the singular or the plural. We shall thus as a rule employ the singular in our translation, using the plural only in some of the many cases which admit of the possibility of its use.

I). Wilt thou, oh little brother, go forth to try thy fortune and en gage in trade in some place or other?

S. What sea-coast lias a just king, on what river-mouth lies the busiest mart ?

S. I will not go to the land of Kluang, Nakhoda Nya' Agam no longer reigns there.

D. He not disturbed in mind because he is no longer king; Raja Udali is his successor.

S. What matters whether Raja Udah is there or not, since he hath no acquaintance with you!

D. If this contents thee not, I take you farther still; go to Glé Putöïh (in Daya) to plant pepper.

S. I will not go to Glé Putöïh, for the men of Daya are at enmity with (us) Achehnese.

S. I go not to the country of Lambeusóë, for it is at strife with Kuala Unga.

D. He not disturbed that the country is at war; I appoint thee a panglima (leader of fighting men) there.

S. How can you make me a leader in war, who am not yet fully grown?