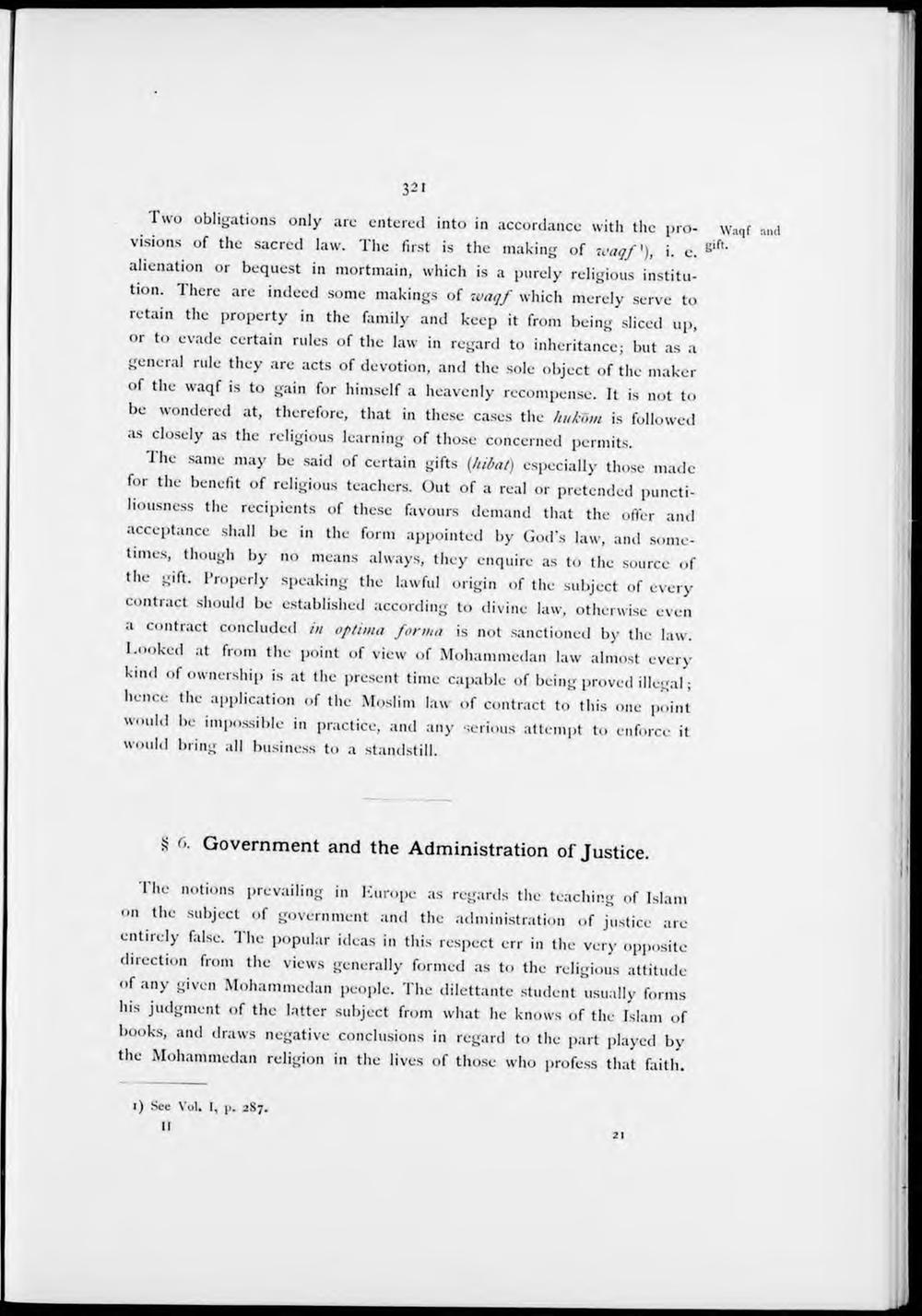 Two obligations only are entered into in accordance with the pro- Waqf and visions of the sacred law. The first is the making of waqf), i. e. gift' ahenation or bequest in mortmain, which is a purely religious institution. There are indeed some makings of waqf which merely serve to retain the property in the family and keep it from being sliced up,

or to evade certain rules of the law in regard to inheritance; but as a general rule they are acts of devotion, and the sole object of the maker of the waqf is to gain for himself a heavenly recompense. It is not to be wondered at, therefore, that in these cases the hu kom is followed as closely as the religious learning of those concerned permits.

Ihe same may be said of certain gifts (hibat) especially those made for the benefit of religious teachers. Out of a real or pretended punctiliousness the recipients of these favours demand that the offer and acceptance shall be in the form appointed by God's law, and sometimes, though by no means always, they enquire as to the source of the gift. Properly speaking the lawful origin of the subject of every contract should be established according to divine law, otherwise even a contract concluded in optima forma is not sanctioned by the law.

Looked at from the point of view of Mohammedan law almost every kind of ownership is at the present time capable of being proved illegal;

hence the application of the Moslim law of contract to this one point wouId be impossible in practice, and any serious attempt to enforce it would bring all business to a standstill.

S c>- Government and the Administration of Justice.

1 he notions prevailing in Europe as regards the teaching of Islam on the subject of government and the administration of justice are entirely false. The popular ideas in this respect err in the very opposite direction from the views generally formed as to the religious attitude of any given Mohammedan people. The dilettante student usually forms lus judgment of the latter subject from what he knows of the Islam of books, and draws negative conclusions in regard to the part played by the Mohammedan religion in the lives of those who profess that faith.