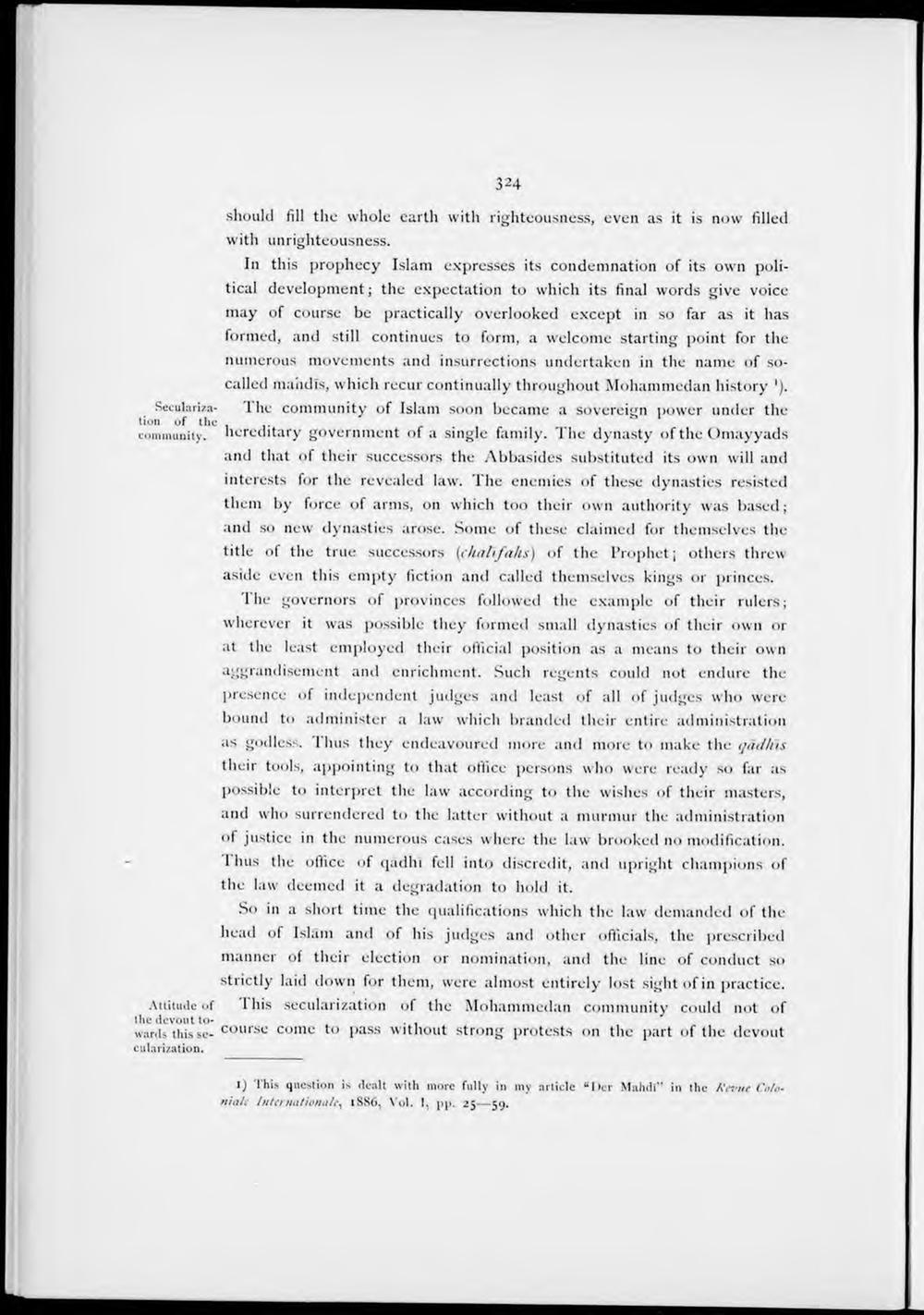 should fill the wholc earth with righteousness, even as it is now filled with unrighteousness.

In this prophecy Islam expresses its condemnation of its own political development; the expectation to which its final words give voice may of course be practically overlookcd except in so far as it has formed, and still continues to form, a welcome starting point for the nuinerous movements and insurrections undertaken in the name of socalled mahdïs, which recur continually throughout Mohammedan history ').

community. nereditary government of a single family. The dynasty of the Omayyads and that of their successors the Abbasides substituted its own will and interests for the revealed law. '1 he enemies of these dynasties resisted them by force of arms, on which too their own authority was based; and so new dynasties arose. Some of these claimed for themselves the title of the true successors (chatifahs) of the Prophet; others threw aside even this empty fiction and called themselves kings or princes.

I he governors of provinces followed the example of their rulers; wherever it was possible they formed small dynasties of their own or at the least employed their official position as a means to their own aggrandisement and enrichment. Such regents could not endure the presence of independent judges and least of all of judges who were bound to administer a law which branded their entire administration as godless. 1 hus they endeavoured more and more to make the qadhïs their tools, appointing to that office persons who were ready so far as possible to interpret the law according to the wishes of their masters, and who surrendered to the latter without a niurmur the administration of justice in the numerous cases where the law brooked 110 modification. 1 hus the office of qadhl feil into discredit, and upright champions of the law deemed it a degradation to hold it.

So in a short time the qualifications which the law demanded of the hcad of Islam and of his judges and other officials, the prescribed manner of their election or nomination, and the line of conduct so strictly laid down for them, were almost entirely lost sightofin practicc.