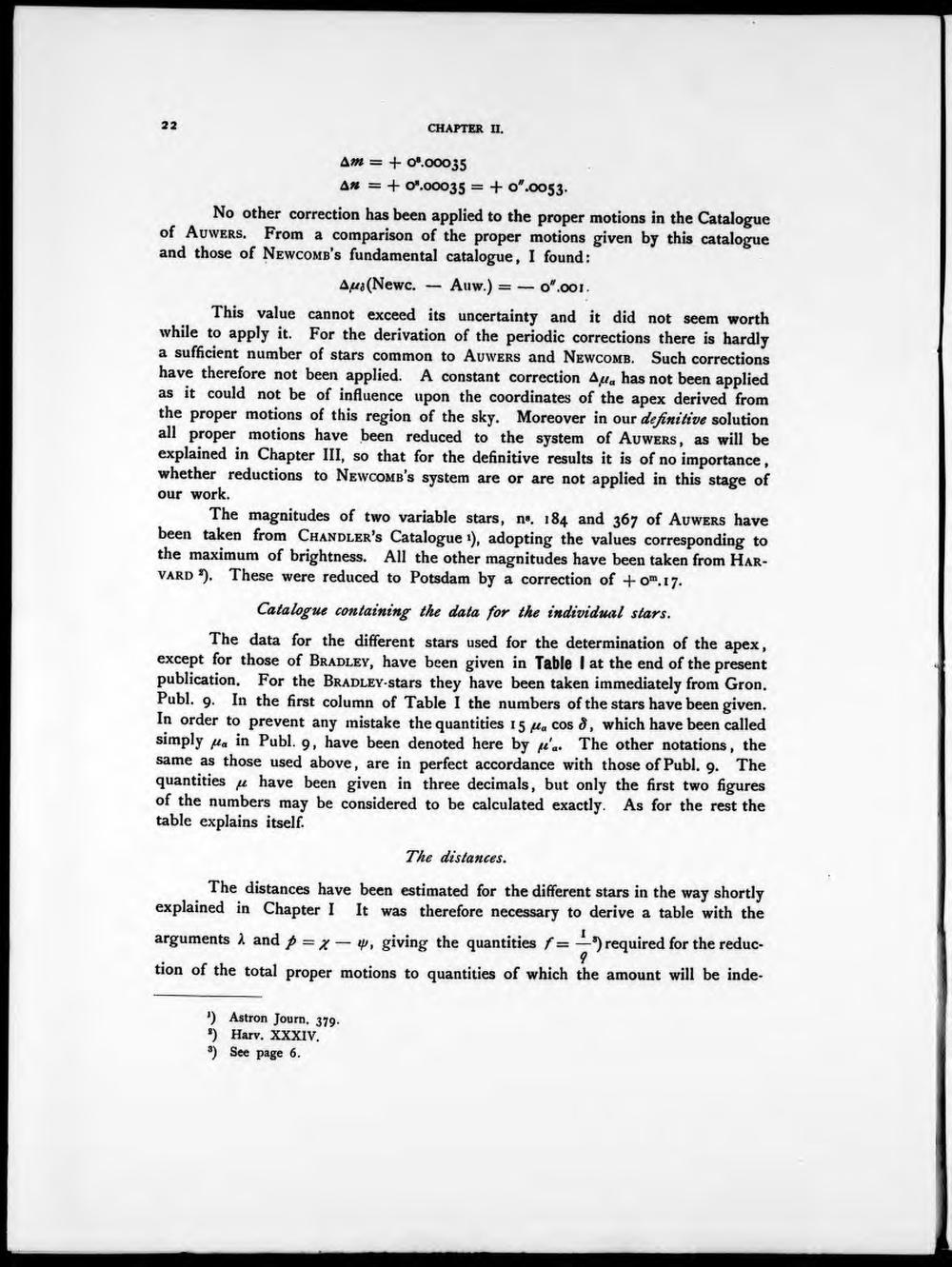 This value cannot exceed its uncertainty and it did not seem worth while to apply it. For the derivation of the periodic corrections there is hardly a sufficiënt number of stars common to Auwers and Newcomb. Such corrections have therefore not been applied. A constant correction A//a has not been applied as it could not be of influence upon the coordinates of the apex derived from the proper motions of this region of the sky. Moreover in our dejinitive solution all proper motions have been reduced to the system of Auwers , as will be explained in Chapter III, so that for the definitive results it is of no importance, whether reductions to Newcomb's system are or are not applied in this stage of our work.

Catalogue containing the data for the individual stars.

The data for the different stars used for the determination of the apex, except for those of Bradley, have been given in Table I at the end of the present publication. For the bradley-stars they have been taken immediately from Gron. Publ. 9. In the first column of Table I the numbers of the stars have been given. In order to prevent any mistake the quantities 15 /ua cos S, which have been called simply fia in Publ. 9, have been denoted here by //„. The other notations, the same as those used above, are in perfect accordance with those of Publ. 9. The quantities fj, have been given in three decimals, but only the first two figures of the numbers may be considered to be calculated exactly. As for the rest the table explains itself.