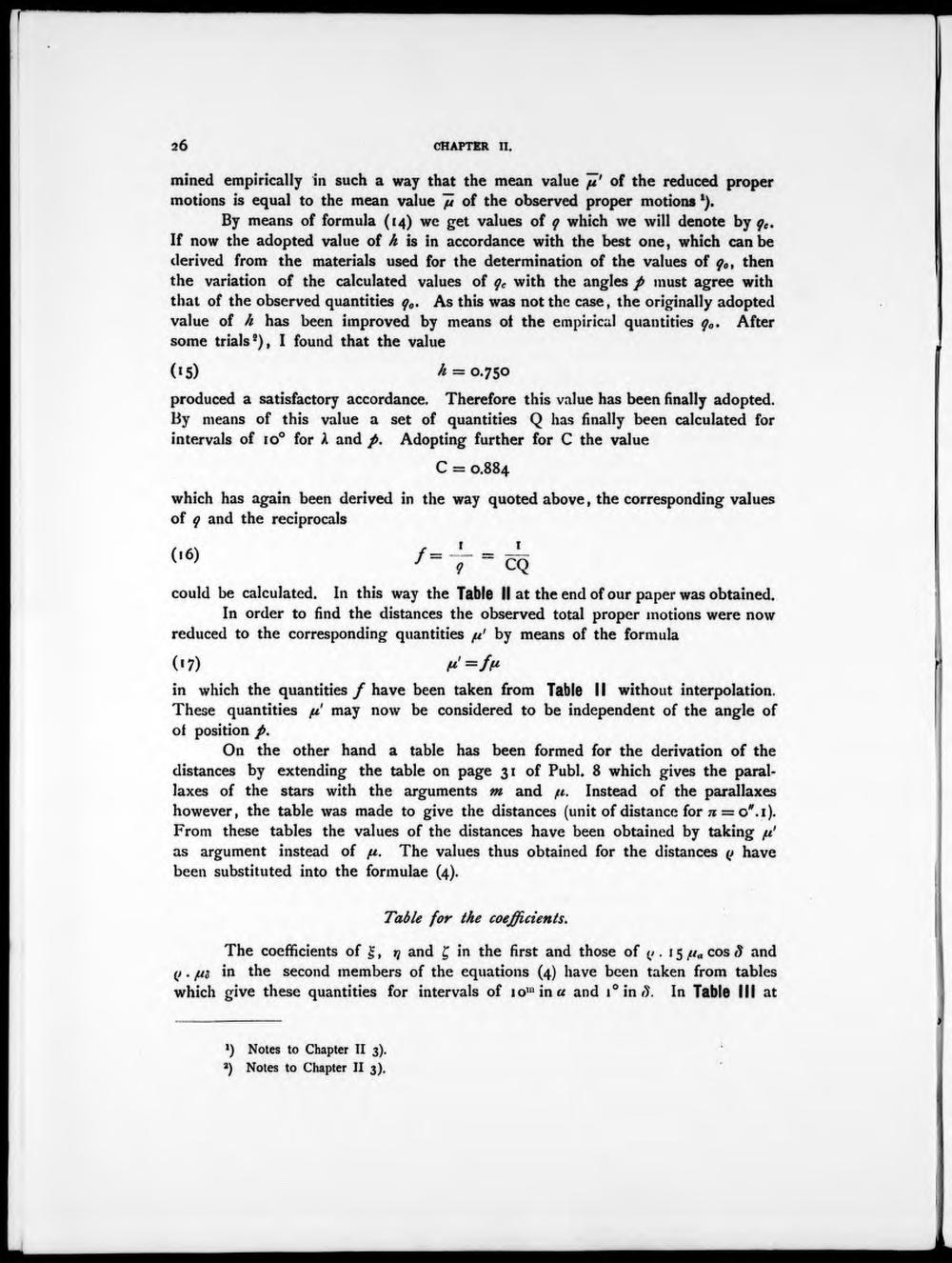 By means of formula (14) we get values of q which we will denote by qc. If now the adopted value of h is in accordance with the best one, which can be derived from the materials used for the determination of the values of q0f then the variation of the calculated values of qc with the angles p must agree with that of the observed quantities q0. As this was notthe case, the originally adopted value of h has been improved by means ot the empirical quantities q„. After some trials*), I found that the value

produced a satisfactory accordance. Therefore this value has been finally adopted. By means of this value a set of quantities Q has finally been calculated for intervals of io° for A and p. Adopting further for C the value

which has again been derived in the way quoted above, the corresponding values of q and the reciprocals

could be calculated. In this way the Table II at the end of our paper was obtained.

in which the quantities ƒ have been taken from Table II without interpolation. These quantities fi' may now be considered to be independent of the angle of of position p.

Table for the coefficients.

The coefficients of £, y and £ in the first and those of ^.15 jua cos S and (}. /us in the second members of the equations (4) have been taken from tables which give these quantities for intervals of iomina and i° in «5. In Table III at