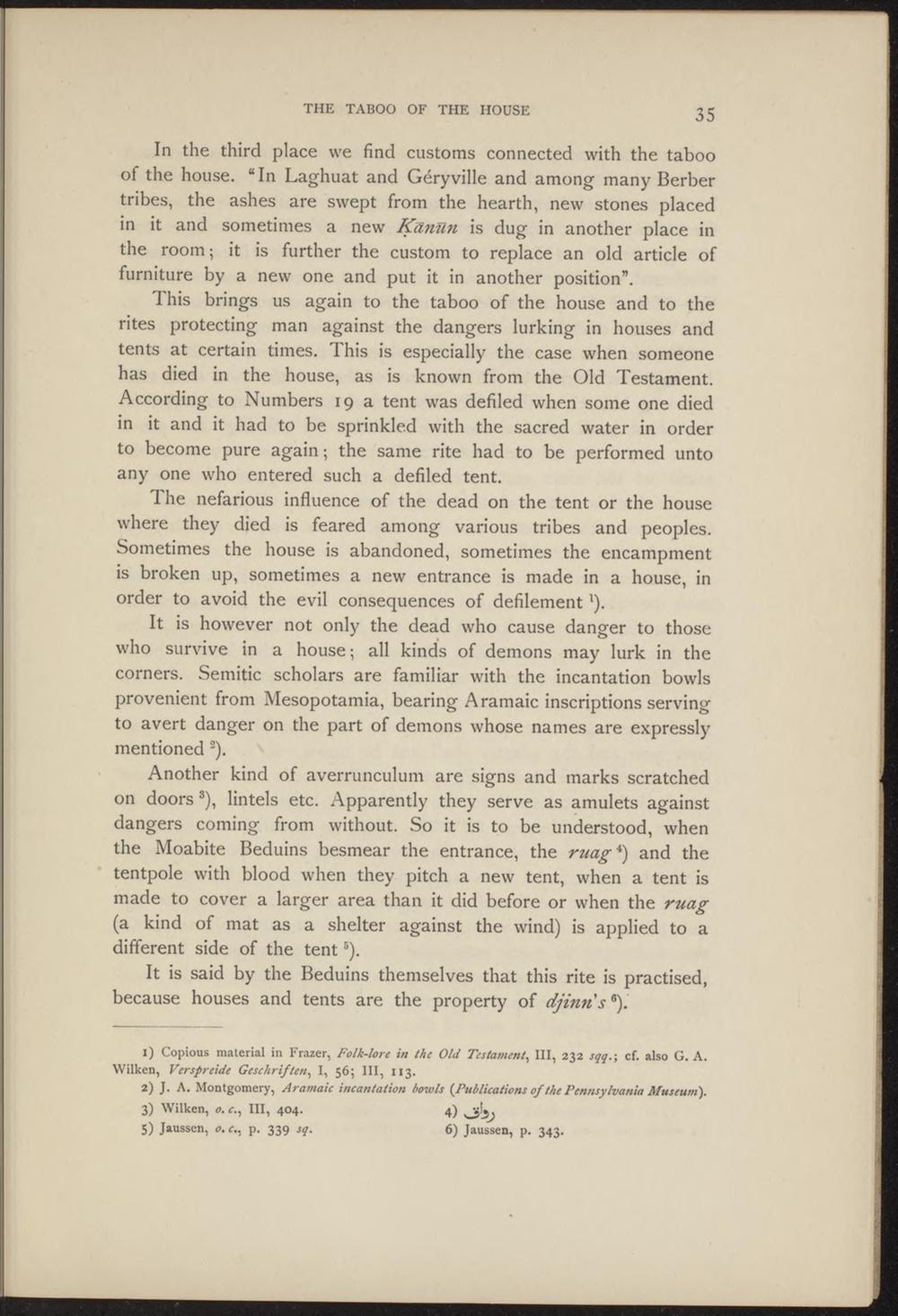 In the third place we find customs connected with the taboo of the house. "In Laghuat and Géryville and among many Berber tribes, the ashes are swept from the hearth, new stones placed in it and sometimes a new Kanün is dug in another place in the room; it is further the custom to replace an old article of furniture by a new one and put it in another position".

This brings us again to the taboo of the house and to the rites protecting man against the dangers lurking in houses and tents at certain times. This is especially the case when someone has died in the house, as is known from the Old Testament. According to Numbers 19 a tent was defiled when some one died in it and it had to be sprinkled with the sacred water in order to become pure again; the same rite had to be performed unto any one who entered such a defiled tent.

The nefarious influence of the dead on the tent or the house where they died is feared among various tribes and peoples. Sometimes the house is abandoned, sometimes the encampment is broken up, sometimes a new entrance is made in a house, in order to avoid the evil consequences of defilementT).

It is however not only the dead who cause danger to those who survive in a house; all kinds of demons may lurk in the corners. Semitic scholars are familiar with the incantation bowls provenient from Mesopotamia, bearing Aramaic inscriptions serving to avert danger on the part of demons whose names are expressly mentioned 2).

Another kind of averrunculum are signs and marks scratched on doors 3), lintels etc. Apparently they serve as amulets against dangers coming from without. So it is to be understood, when the Moabite Beduins besmear the entrance, the ruag4) and the tentpole with blood when they pitch a new tent, when a tent is made to cover a larger area than it did before or when the ruag (a kind of mat as a shelter against the wind) is applied to a different side of the tent5).

It is said by the Beduins themselves that this rite is practised, because houses and tents are the property of djinris 6).