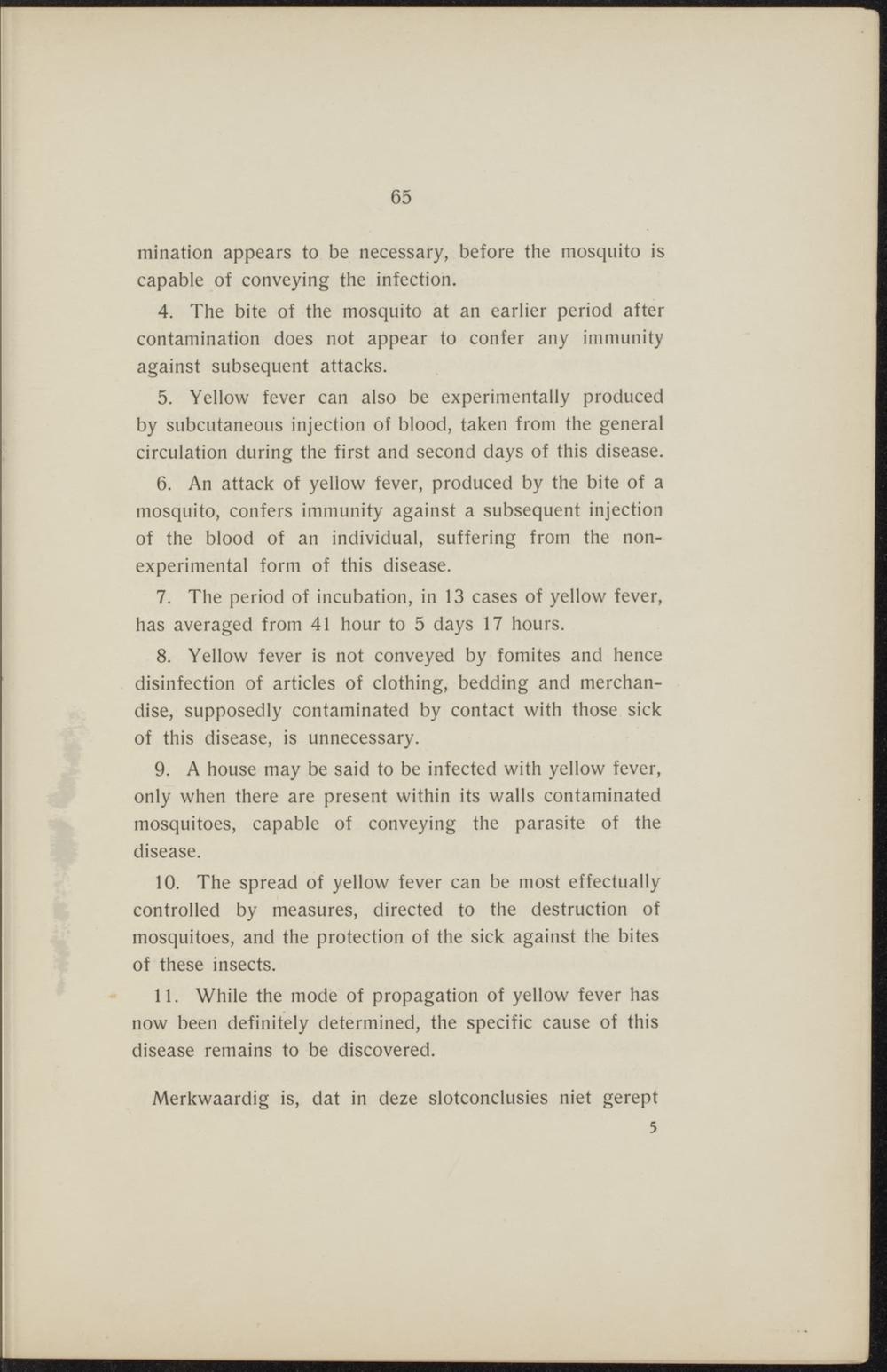 mination appears to be necessary, before the mosquito is capable of conveying the infection.

4. The bite of the mosquito at an earlier period after containination does not appear to confer any immunity against subsequent attacks.

5. Yellow fever can also be experimentally produced by subcutaneous injection of blood, taken from the general circulation during the first and second days of this disease.

6. An attack of yellow fever, produced by the bite of a mosquito, confers immunity against a subsequent injection of the blood of an individual, suffering from the nonexperimental form of this disease.

8. Yellow fever is not conveyed by fomites and hence disinfection of articles of clothing, bedding and merchandise, supposedly contaminated by contact with those sick of this disease, is unnecessary.

9. A house may be said to be infected with yellow fever, only when there are present within its walls contaminated mosquitoes, capable of conveying the parasite of the disease.

10. The spread of yellow fever can be most effectually controlled by measures, directed to the destruction of mosquitoes, and the protection of the sick against the bites of these insects.

11. While the mode of propagation of yellow fever has now been definitely determined, the specific cause of this disease remains to be discovered.