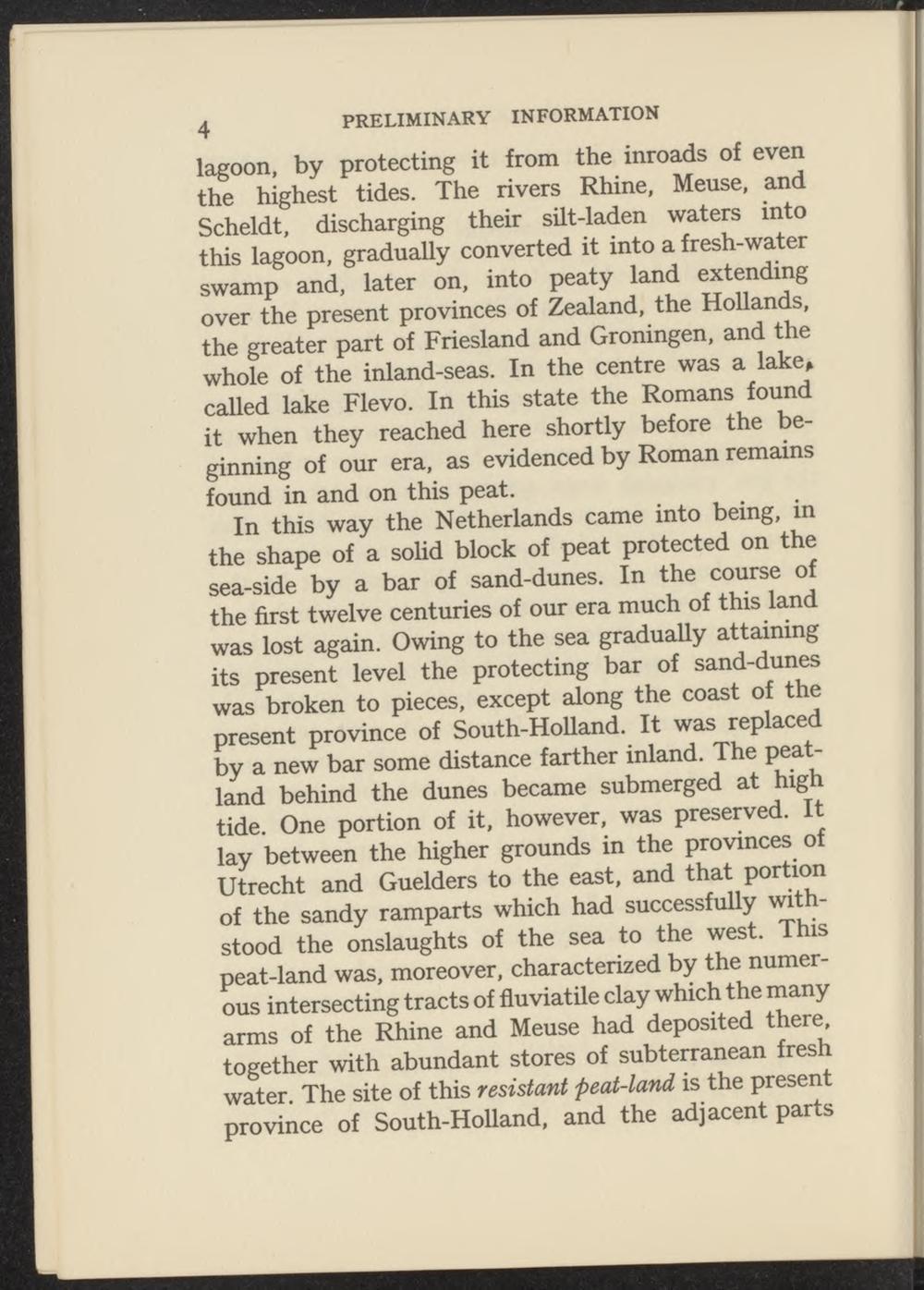 lagoon, by protecting it from the inroads ol even the highest tides. The rivers Rhxne, Meuse, and Scheldt, discharging their silt-laden waters mto this lagoon, gradually converted it into a fresh-water swamp and, later on, into peaty land extending over the present provinces of Zealand, the Hollands, the greater part of Friesland and Groningen, and the whole of the inland-seas. In the centre was a lake» called lake Flevo. In this state the Romans found it when they reached here shortly before the beginning of our era, as evidenced by Roman remains

found in and on this peat.

In this way the Netherlands came into being, in the shape of a solid block of peat protected on the sea-side by a bar of sand-dunes. In the course of the first twelve centuries of our era much of this land was lost again. Owing to the sea gradually attainmg its present level the protecting bar of sand-dunes was broken to pieces, except along the coast of the present province of South-Holland. It was replaced by a new bar some distance farther inland. The peatland behind the dunes became submerged at high tide. One portion of it, however, was preserved. It lay between the higher grounds in the provinces of Utrecht and Guelders to the east, and that portion of the sandy ramparts which had successfully wi stood the onslaughts of the sea to the west. This peat-land was, moreover, charactenzed by the numerous intersecting tracts of fluviatile clay which the many arms of the Rhine and Meuse had deposited there together with abundant stores of subterranean fresh water The site of this resistant peat-land is the presen province of South-Holland, and the adjacent parts